Angelina Jolie made the “Eternals” premiere a family affair.

The actress brought two of the six children she shares with ex Brad Pitt to the movie’s red carpet premiere at the 2021 Rome Film Fest in Rome, Italy, on Sunday.

Angelina, who stars as Thena in the Chloé Zhao-directed film, went full glam in a strapless silver metallic gown by Atelier Versace, completing her look with sleek straight hair and minimal jewelry.

She was joined by Shiloh, 15, who also opted for a dress by Versace and colorful high-top sneakers. Zahara, 16, meanwhile wore a white Grecian-inspired gown with gold embellishments.

The outing came just days after Zahara made headlines earlier in the week for sporting a gorgeous Elie Saab gown to the Hollywood premiere of “Eternals” at the Dolby Theatre.

It’s the same dress Angelina, 46, wore to the 2014 Oscars, and needless to say, they both looked equally beautiful in the glitzy number. 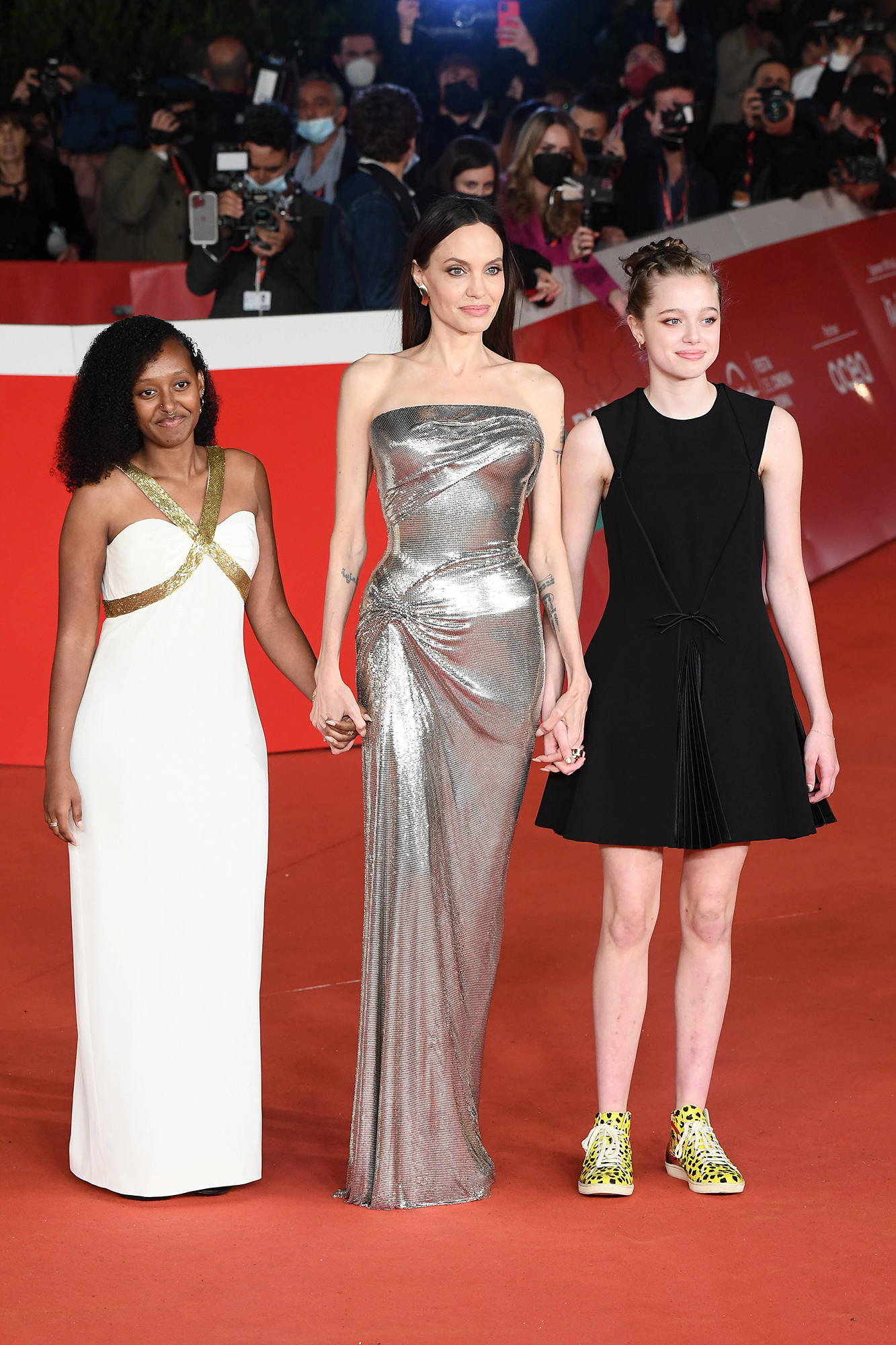 As for Shiloh, both Angelina and Brad, 57, are proud of her for always staying true to herself.

“Shiloh is close to both of her parents,” a source told Entertainment Tonight in May 2020. “Brad is so proud of Shiloh and who she has become. He loves that she always stays true to herself and is so good to her brothers and sisters.”

The source added, “Brad’s kids are the most important thing to him. He tells his friends he learns so much about life from his own children.”

In addition to Shiloh and Zahara, Angelina and Brad share four other children together – Maddox, 20, Pax, 17, and twins Knox and Vivienne, 13.