On Wednesday night, Angelina Jolie stepped out in New York City in a sweeping black cape reminiscent of one of her old red carpet looks from the ’90s, giving fans a major fashion flashback.

More than 25 years ago, the “Mr. & Mrs. Smith” star styled a similar velvet cape over a floor-length lilac slip for the 1997 Cable Ace Awards.

Back then, Jolie — who was nominated for Best Supporting Actress in a Movie or Miniseries for her work in “George Wallace” — styled the outfit with dark eye makeup and jet-black hair. 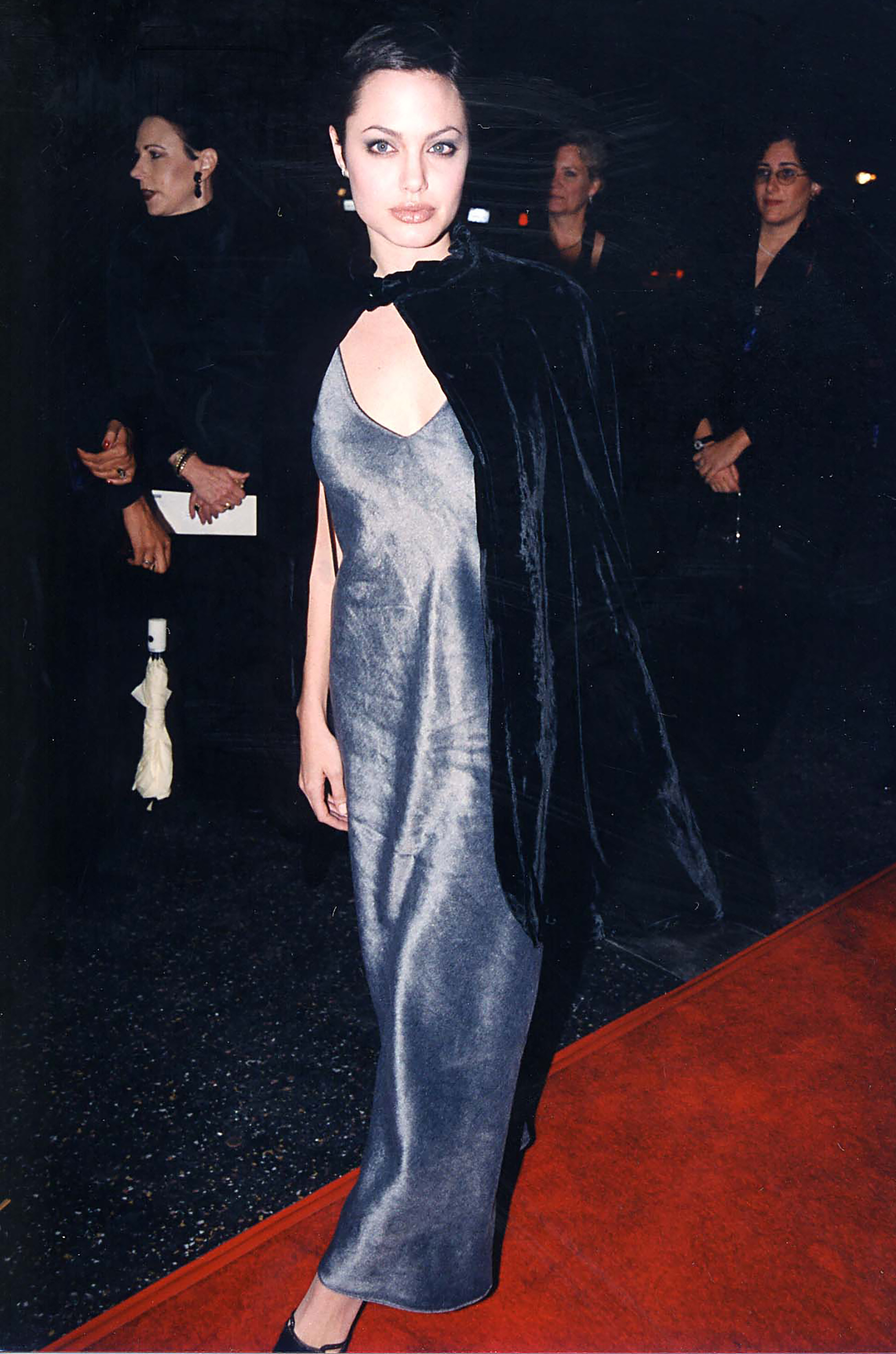 This time around, Jolie accessorized with diamond studs, a black Yves Saint Laurent clutch ($825) and nude pointy-toe pumps, and wore her brunette locks long and loose. 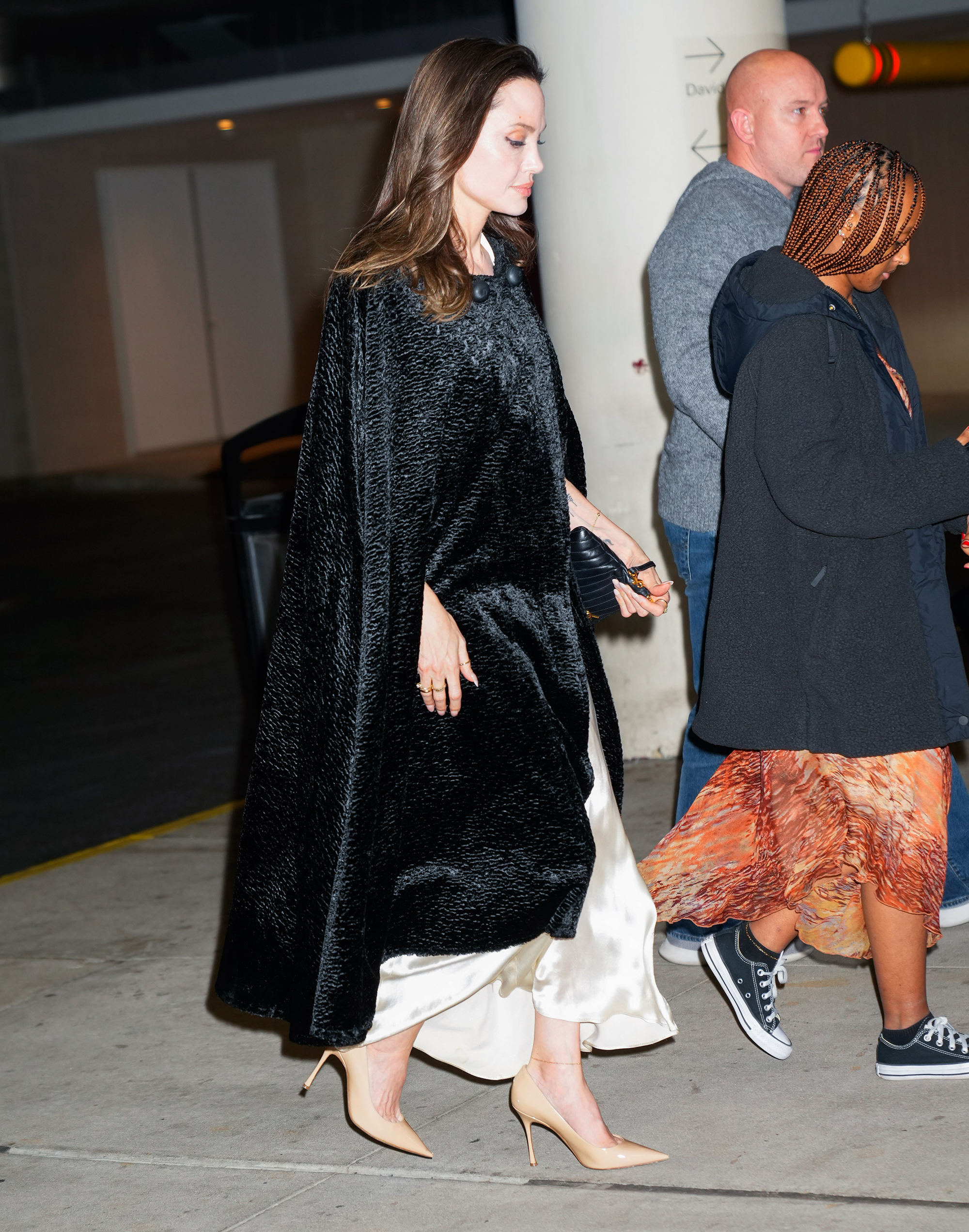 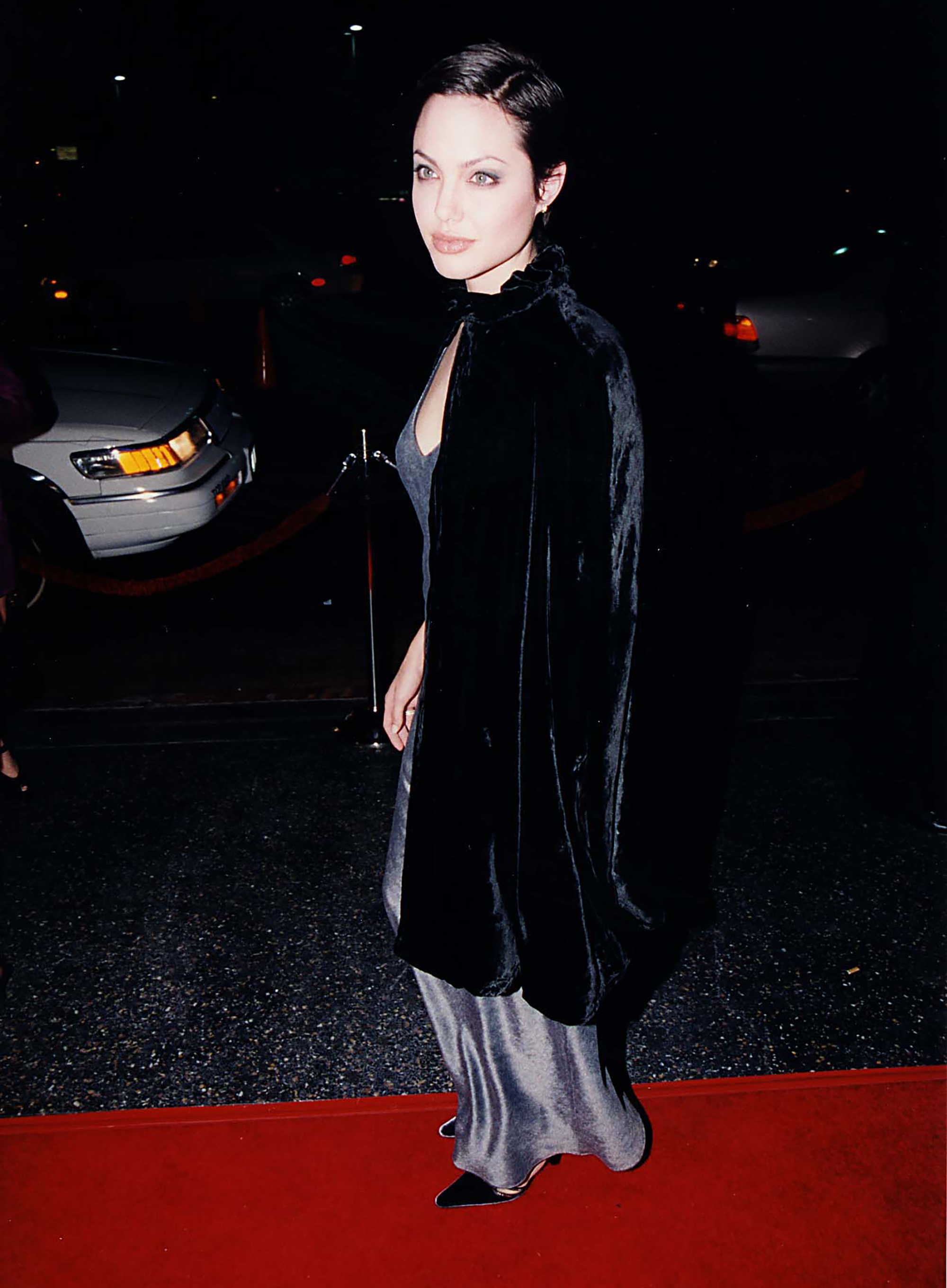 Earlier this month, Jolie – who filed for divorce from Brad Pitt in 2016 – was spotted getting coffee with Paul Mescal, 26, in London.

While the unlikely duo sparked dating rumors, Jolie was accompanied by daughter Shiloh, 16, and the pair had seen the “Normal People” actor perform in “A Streetcar Named Desire” earlier that day. 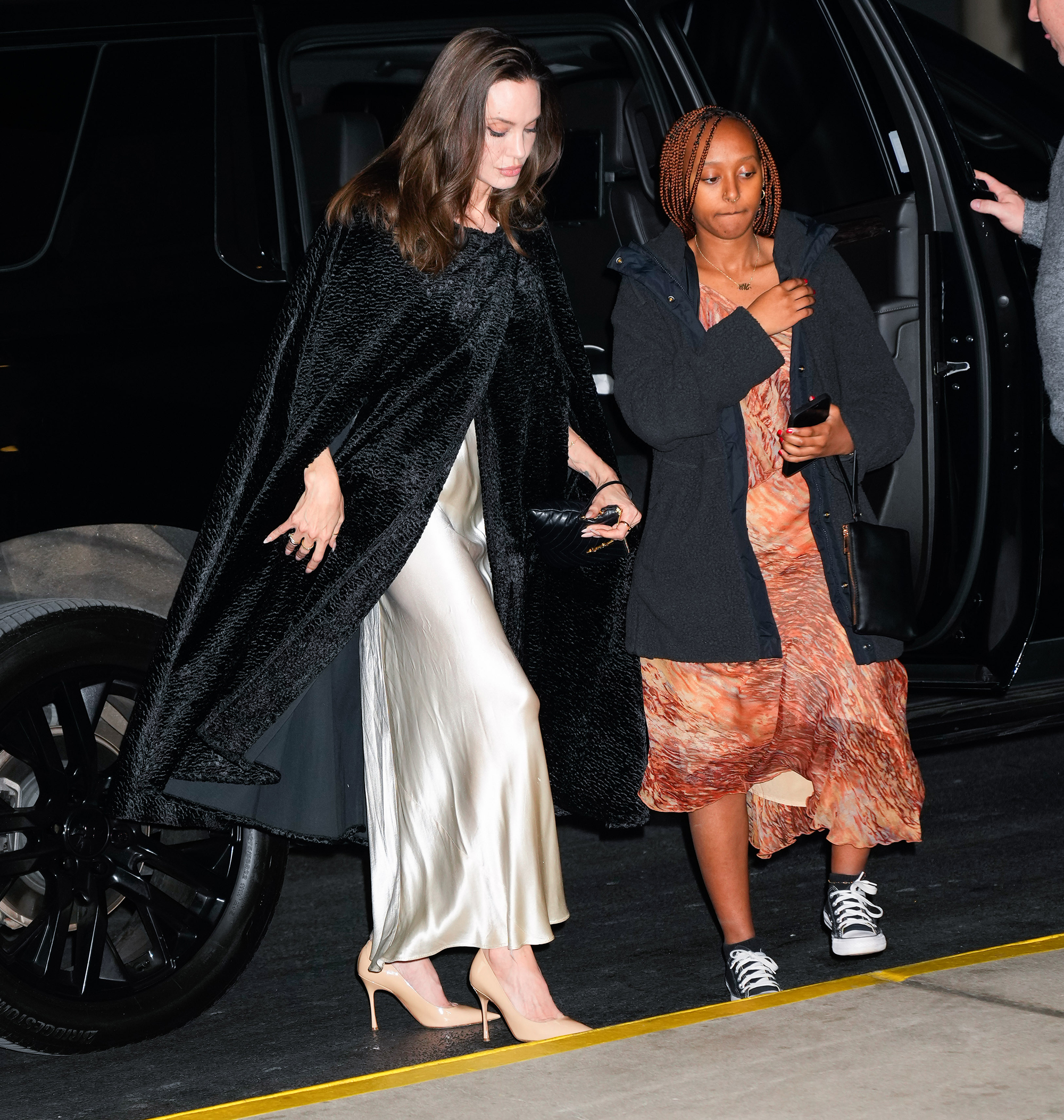