The chemistry that pulled in 30 MILLION viewers: As her classic EastEnders Christmas episode gets a rerun, Anita Dobson tells of those whirlwind years when Angie and Den were top of the box

Anita Dobson may be one of the stalwarts of the entertainment industry but she still worries she’ll never work again.

The former EastEnder turns 70 next year, and while many actresses complain about work drying up over the age of 40, Anita has recently turned a role down.

She found it hard to say no but when we speak – and with Anita it feels like you’re old friends in an instant – she says it’s allowed her to say yes to other opportunities, including panto.

‘It’s just as well I did. Things are manic but it’s great,’ she smiles.

‘If I get a job offer it has to make me go, “Bing!” You get offered it and think, “I can’t turn that down!” You think you’ll never work again if you say no. 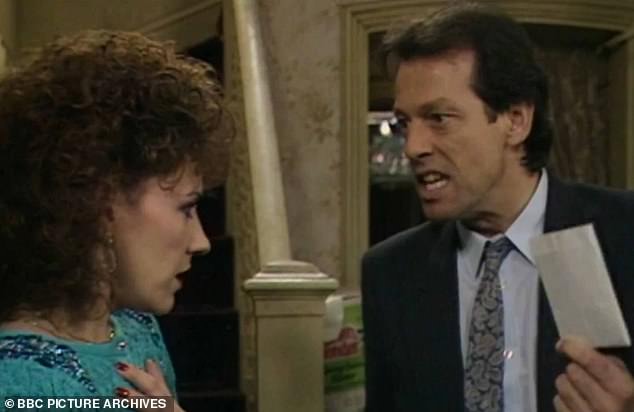 Anita Dobson, 69, (pictured left with Leslie Grantham as Dirty Den in 1986) revealed how her role as Angie in EastEnders gave her career a much-needed boost

‘But I did a couple of really good tellys this year, including Torvill And Dean, and I’m about to do Cinderella in Hull then tour with a new musical version of Annie.’

Anita is currently on our screens in reruns of EastEnders on the Drama channel.

On Christmas Day viewers can see the infamous episode in which Dirty Den Watts handed his wife Angie divorce papers on that day in 1986.

A massive 30.6 million people tuned in, the UK’s biggest soap audience in history.

Anita’s very aware that if she’d turned down the feisty character a year earlier, her life would be very different.

Not only would she have missed a much-needed career boost, but she wouldn’t have met her future husband, Queen guitarist Brian May.

Not that she actually knew who he was when they were introduced by Freddie Mercury at a screening of Down And Out In Beverly Hills in 1986.

‘Isn’t that appalling?’ she laughs.

‘I knew of Queen and I knew of Freddie, but I didn’t know who the rest of the band were.

‘I became friends with Freddie first, then I got to know the others.

‘I was thrown into a world where you’re invited to the ballet, opera, rock concerts, gala dinners. 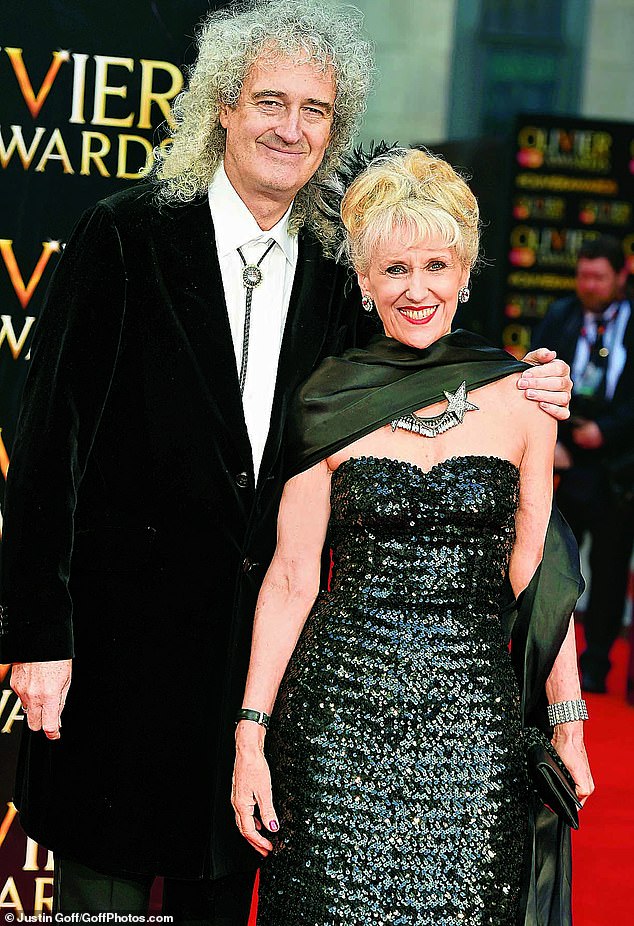 ‘EastEnders changed everything. I was a jobbing actress living in Stepney, and I was on the dole at one point.

‘Then people started to send me scripts, which was always my dream.

‘It all took off and the press were everywhere.

‘People were following me home in cars, singing outside my window, I couldn’t go to pubs or walk down the street.’

At the time, Brian was married and had three young children, but he and Anita have now been together for over 30 years and married for nearly 20.

‘To make a marriage work, you have to want to. If you want to stay with that person you will, it’s simple.

‘You make mistakes, but that forms you. We learn by misfortune.’

‘I was thrilled to have children in my life, I had none. 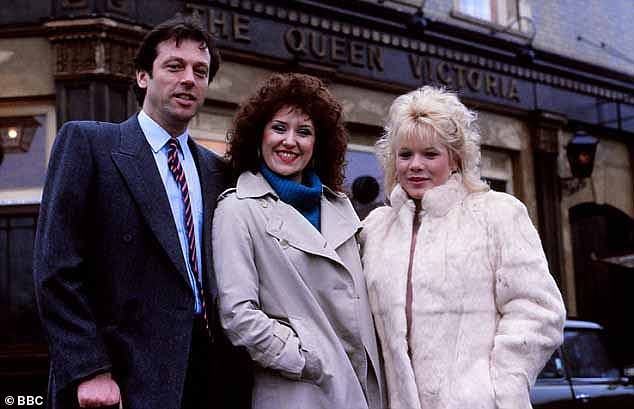 ‘Having step-grandchildren is lovely.

‘They have their parents to solve their problems, so come to you for the good bits! They’ll come to see me in panto this Christmas.’

Panto is a rite of passage for a lot of soap stars and while Anita won’t be reunited with any of her co-stars in Cinderella, she stays in touch with a few.

‘I was incredibly close to Gilly Taylforth [who plays Kathy Beale] and we send each other texts now and again.

‘Letitia Dean [who plays Angie’s daughter Sharon] is appalling at keeping in touch, but I understand why because it’s impossible to keep up with everyone.

‘I can barely keep up with my own life!’

She’s also close to Barbara Windsor, whose husband Scott Mitchell announced in May that she has had Alzheimer’s since 2014, then had an emergency heart operation in September.

‘I went to see her after the news broke,’ Anita reveals.

‘It was lovely, she knew me. It was still Babs.

‘She looked lovely, she was funny.

‘It must be tough to know you’re losing your grip – then the heart stuff too. Her and Scott are so good together.’ 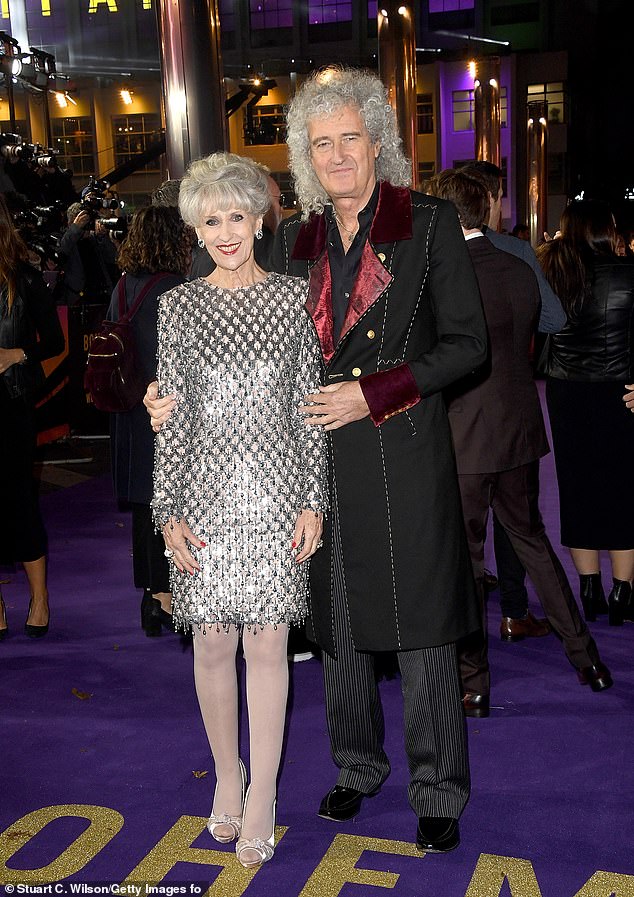 But watching reruns of EastEnders has reminded her of their chemistry.

‘We didn’t stay close but I heard he’d come back from Bulgaria, where he’d been living, and was very ill,’ she says.

‘I tried to see him but he died before I could get there.

‘It was sad but in a strange way, I don’t think he’d have wanted me to see him like that. So all my memories are still of that charming rogue.

‘When I see our scenes together, you wonder if we ever truly realised what we were doing.

‘I think we were aware there was chemistry between us, that neither of us wanted to analyse in case we messed it up.’

Does she mean in case they acted on it? ‘Well, when something works, you don’t ask questions – you just run with it.

‘It wasn’t confusing, it was wonderful. It just made life so much easier.’ 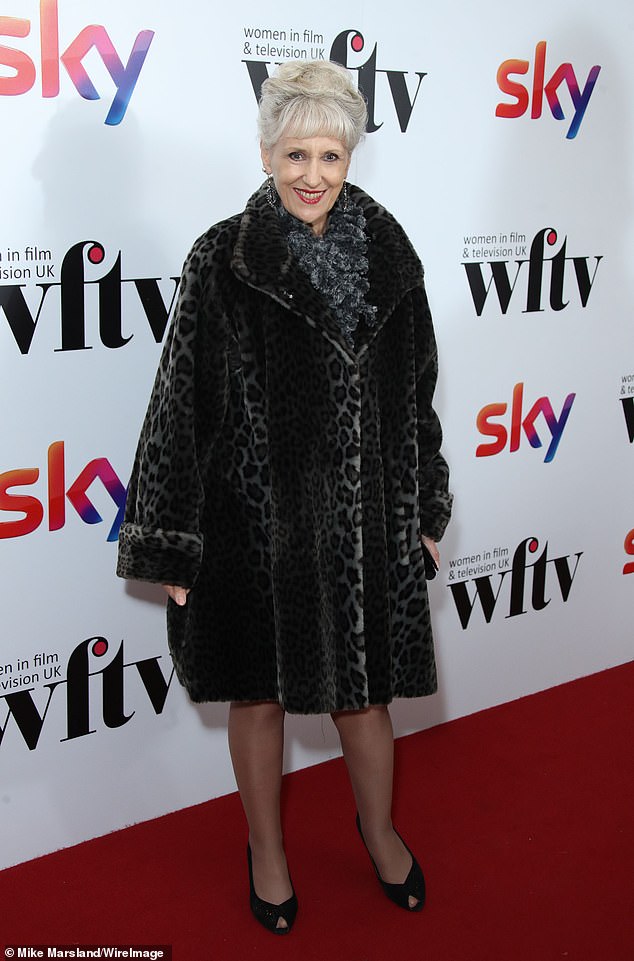 Anita’s been getting in shape for her role as Miss Hannigan in the musical Annie, which she starts in February, by trampolining.

‘As an older woman the first thing that goes is your knees.

‘I do a bit of jogging about on stage in Annie so I’m conscious about keeping them healthy and I’m trying to get in shape a bit.

‘The actress Angharad Rees once told me, “I use the trampoline, darling, it’s marvellous!” And I loved it so I got one too.’

With Anita starring in panto over Christmas it won’t be a big family time, but she’s determined to get home for the day itself.

‘I’m hoping someone will cook Christmas dinner for me – it won’t be Brian.

‘I wouldn’t mind if he took me out somewhere for it.

‘But it’s about being with the people who you want to be with; that’s what Christmas really is.’