Ever since Prince Harry and Meghan Markle wed back in 2018, they’ve been attacked by the media (mostly Duchess Meghan) for their behavior. Meghan has been at the center of plenty of royal rumors pretty much since the day she set foot in Harry’s life. But the two of them together have also received flack for the way they’ve handled the media since marrying. But it might not actually be Harry and Meghan who are painting a negative picture of themselves — it could be those who work for them. 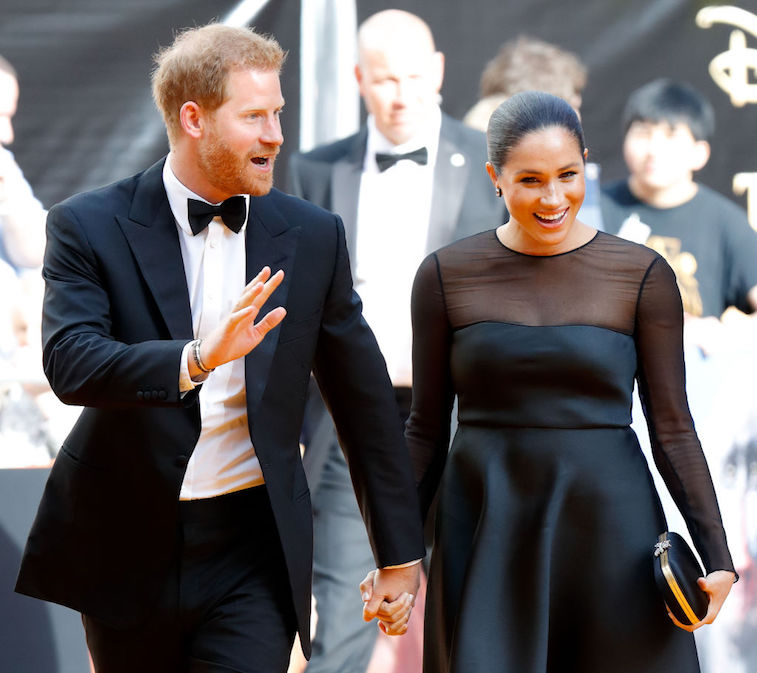 Harry and Meghan have been accused of acting like celebrities

Ever since Harry and Meghan wed, some have accused them of acting more like celebrities rather than royalty. When Meghan attended Wimbledon with friends a few weeks ago, she reportedly asked her security guard to ask the public to stop taking photos of her. Fans of the royals were extremely disappointed, since Meghan is a member of the royal family, not a celebrity, and it is her duty to serve the public. However, Meghan reportedly was displeased with the way her security handled the event. The public has accused the two of behaving as though they were a Hollywood couple rather than a royal couple.

Tonight, The Duke and Duchess of Sussex attended the first of a two game series of the Major League Baseball #LondonSeries, in support of @WeAreInvictusGames. Tonight’s highly anticipated game between the #Yankees and #RedSox took place at London stadium, Olympic Park. The @WeAreInvictusGames, of which His Royal Highness is Founding Patron, has been selected as charity partner for the @MLB 2019 series. The Invictus Games Foundation is the international charity that oversees the development of the Invictus Games, an international adaptive multi-sport event in which wounded, injured or sick armed service personnel and veterans participate. It celebrates the power of sport in recovery and how it can help, physically or psychologically, those suffering from injuries or illness. The word ‘invictus’ means ‘unconquered’ – it embodies the fighting spirit of the competitors. As part of the partnership, the Invictus Games Foundation have a team participating in London’s #Softball60, the social softball series built for the city and targeted to introduce the sport to new audiences and demonstrate that it is an inclusive sport. On this #ArmedForcesDay, tonight’s event was also a chance for Their Royal Highnesses to shine a light on the men and women here in the UK and around the world who have sacrificed so much for their country. Discover more about the Invictus Games Foundation through the link in our bio. Photo credit: PA

Strict rules were implemented to their Windsor neighbors, and many thought Harry and Meghan were responsible

When Meghan and Harry moved to Windsor Castle, a note was distributed to their neighbors that asked that nobody disturb Harry and Meghan at home. The note also read that nobody was allowed to ask to see Archie, and the couple’s dogs were not allowed to be touched. While many people thought Harry and Meghan were behind the notice, Buckingham Palace released a statement saying that the couple had no idea their neighbors had been asked to abide by such rules. As it turns out, an overprotective official who works for the two had gone ahead and asked that rules be implemented to help keep the couple’s privacy top priority. But it left Harry and Meghan receiving another thumbs down from the public.

The royal couple has arguably grown more famous than Prince William and Duchess Kate Middleton. And part of that is due to the rumors that have surfaced about them in the press. As a result, those who work for them have become extremely protective of the two and have done their best to give them as much privacy as possible, including implementing rules Harry Meghan aren’t even aware of. It’s possible that these officials have actually been the ones contributing to Meghan and Harry’s “Hollywood” reputation by going the extra mile to ensure they’re given as much privacy as possible.

Although Harry and Meghan are royals, they are doing theirbest to keep their life under wraps. And a lot of that depends on the peopleworking for them to protect their privacy, too. However, many of the royalrumors have been fueled by supposed sources who are close to the family, soit’s possible it could be some of Harry and Meghan’s own employees. Regardless,the two have done their best to keep themselves and their son out of thespotlight, even though it means they’ve taken on a reputation that not everyoneloves.