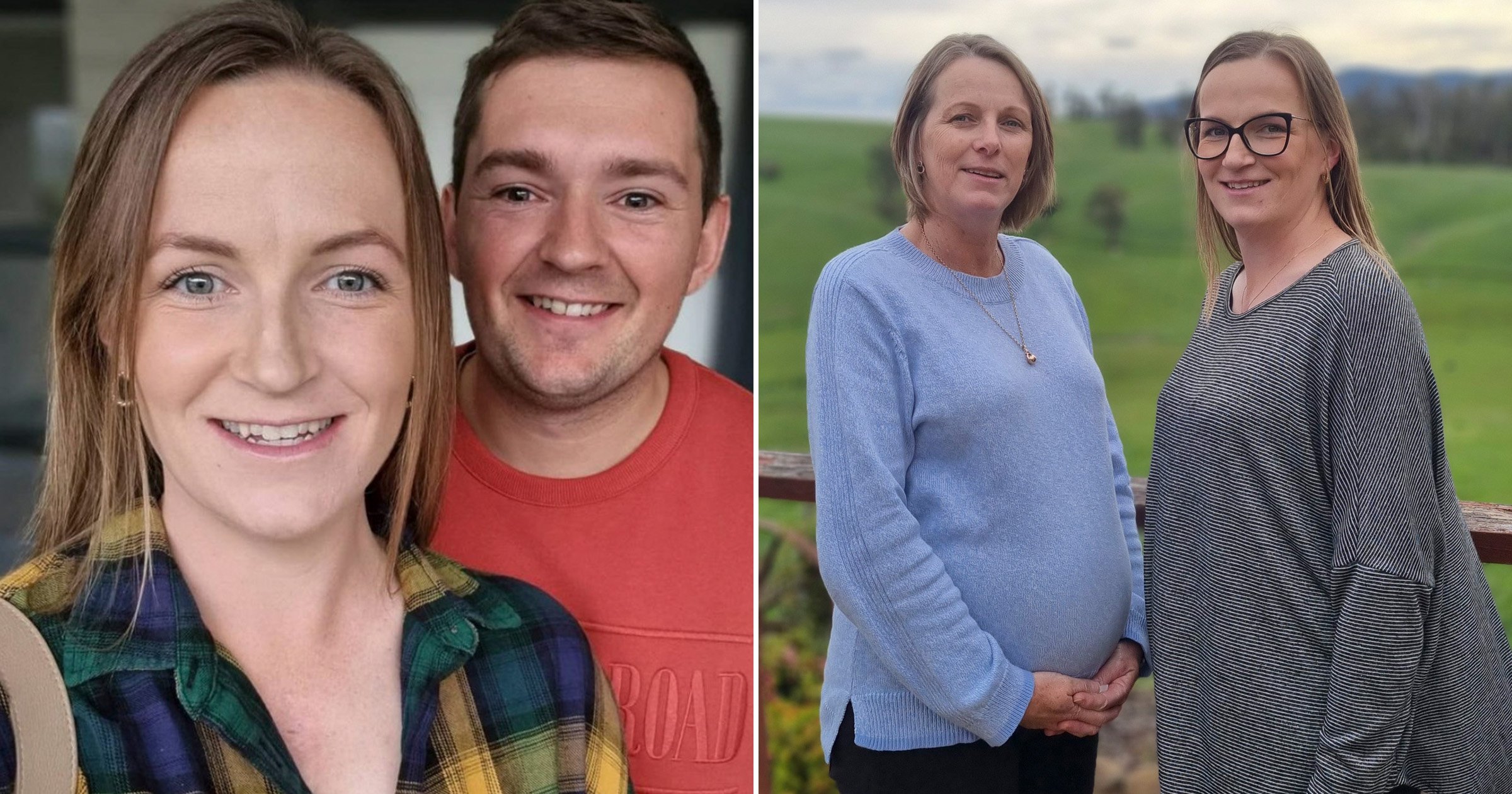 At the age of 17, Meagan White was diagnosed with Mayer-Rokitansky-Küster-Hauser syndrome (MRKH) – a condition that meant she was born without a uterus and could never carry a child.

So as an adult, Meagan decided to opt for a surrogate to start a family – but was left heartbroken when the baby passed away at 21 weeks and Covid travel restrictions prevented another attempt.

However there was still hope, as Meagan’s mum Maree Arnold soon discovered she could carry a child for her daughter.

Now the 54-year-old is 30 weeks pregnant with her own grandchild.

Meagan first noticed there was a problem as a teenager, when she was waiting for her menstrual cycle to start.

The 28-year-old from Tasmania, Australia, said: ‘Mum and I went to see a doctor and discovered I had MRKH, which means I was born without a uterus and therefore would never have a period.

‘It also meant I could never carry a child, however I did have working ovaries so I could have a biological child with the help of a surrogate.

‘Of course, as I was just a teenager at the time, I didn’t think about it much.’

But after meeting her husband Clayde in 2015, Meagan knew she wanted to start a family – so looked into surrogacy.

In January 2019 she found a volunteer in Canada called Allison, through an agency.

After going ahead with the process, Allison got pregnant in December 2019 – but a few months later doctors discovered the baby girl had not developed kidneys and wouldn’t survive.

Meagan said: ‘Everyone was heartbroken, and after that I just felt like giving up. Then once the pandemic began, overseas travel was prohibited, so everything felt impossible.’

After seeing her daughter so heartbroken, Maree looked into volunteering herself – and with extensive research, legal advice, medical screenings and psychological assessments, doctors said it was possible.

But because the 54-year-old had already gone through the menopause, she was given medications to reverse the process and thicken her uterus lining, to prepare for pregnancy.

Thankfully, the fourth was a success and Maree is now 30 weeks pregnant with a grandson, due in January 2022.

Despite it being more than two decades since she was last pregnant, Maree stresses she feels great and is embracing the journey.

She says: ‘I know that I’m obviously older with this pregnancy, and I do get a bit more tired than when I was last pregnant 22 years ago.

‘But I’m still up and about, mowing the lawns and doing this around the house. I feel great.

‘Everyone in our family is so excited and I can’t wait to meet our grandson.’

It’s thought that Maree might be Australia’s oldest surrogate to date – following on from Antonietta Di Maggio, from Sydney, who gave birth in 2015 at the age of 53.

‘Mum and I are so close, we talk every day. I can’t even put it into words how grateful I am for my mum. It’s so special.

‘There is nobody else I’d rather be going through this with.’