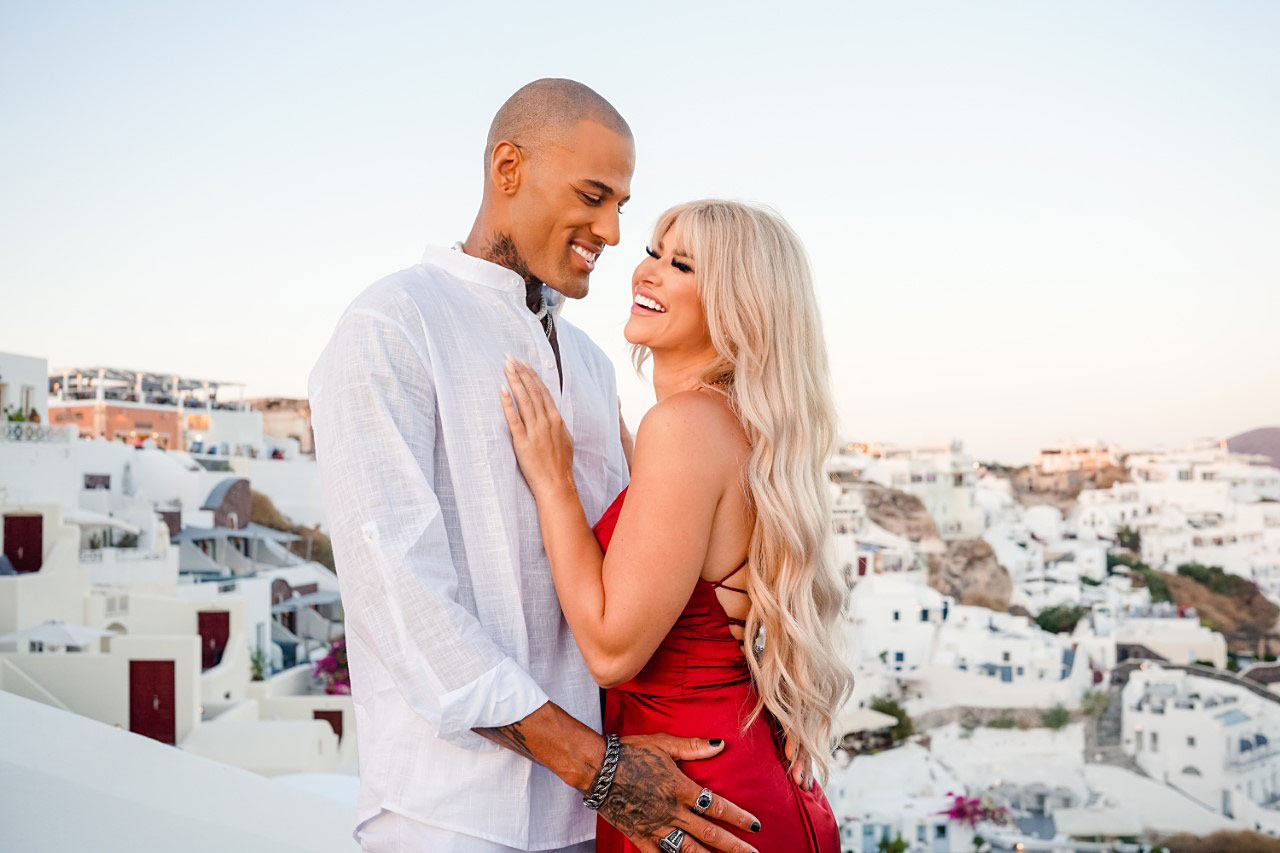 Happily ever after — in Greece! Former Bachelorette contestant Grant Kemp proposed to girlfriend Chloe Metcalfe in the most romantic way possible.

Off the Market! Bachelor Nation Stars Who Got Engaged in 2022: Photos

“I figured Santorini would be the best spot [to propose],” Kemp, 34, exclusively told Us Weekly on Friday, September 9, about the planning that went into the August 30 proposal. “I chose it to take place during sunset and got a photographer set up.”

The former reality star revealed that the couple will be walking down the aisle in fall 2023. He also shared the details of the engagement ring, which is a 3.25 carat French Pave setting with a 3.00 carat round cut center stone — the likes of which Metcalfe proudly showed off in photos included here. 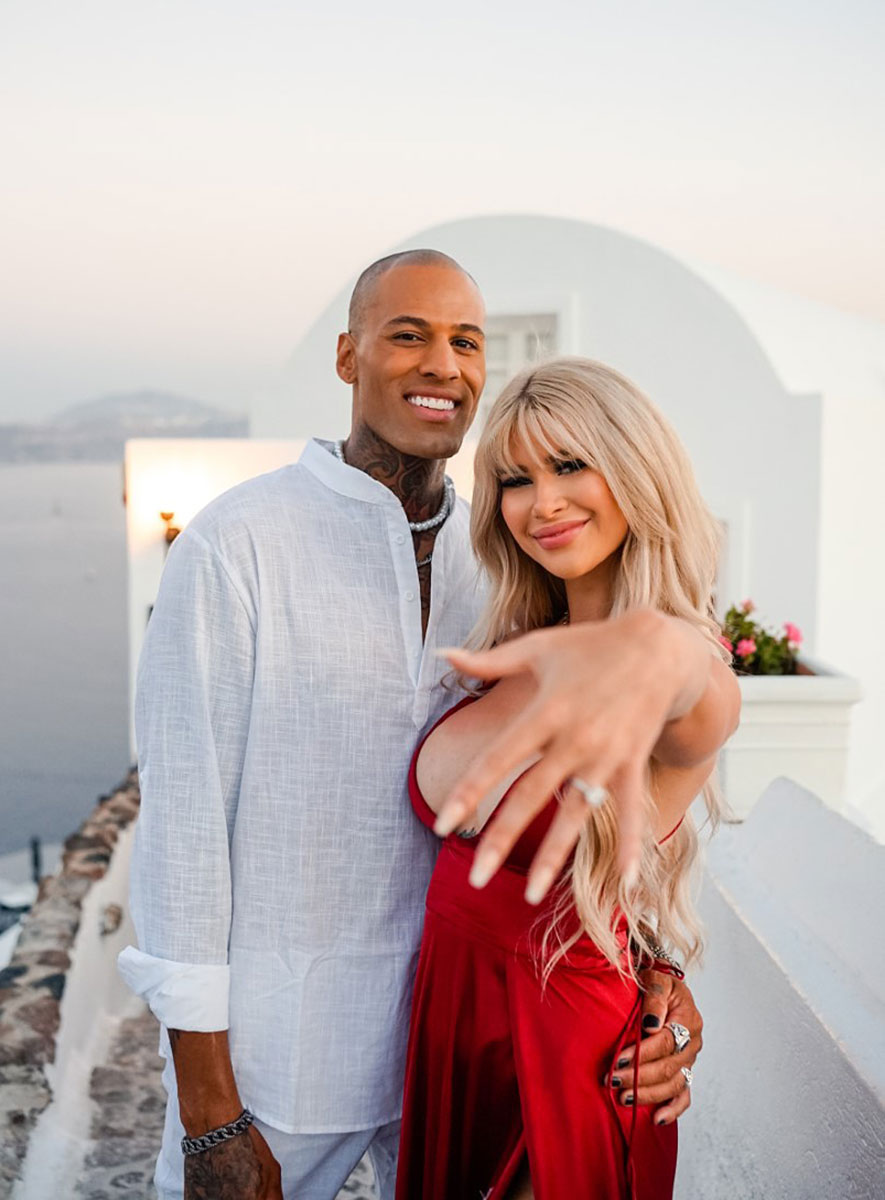 “I knew when we started dating that she was the one – I just needed to find the best time to ask her to marry me,” Kemp continued to Us. “She had a lot of tears in her eyes but at the same time, had a huge smile on her face.”

JoJo Fletcher’s Season 12 of ‘The Bachelorette’: Where Are They Now?

The pair met in April while Metcalfe was working on one of Kemp’s friend’s music video shoots.

He added: “I called her out about it, like, a month into our relationship and she totally admitted that that was one hundred percent true, and that she just didn’t know how to slide into my DMs. So, she just sent the flyer so that she could meet me, which I thought was actually adorable.”

Former ‘Bachelor’ and ‘Bachelorette’ Winners: Where Are They Now?

Kemp became a well-known member of Bachelor Nation after appearing as a contestant for JoJo Fletcher’s season of The Bachelorette, which aired in 2016. Fletcher, 31, ended up eliminating Kemp in week five before settling on her now-husband, Jordan Rodgers, whom she married in May.

Kemp went on to join Bachelor in Paradise for its third season in 2016, finding love with Lace Morris. He proposed to Morris, 32, in the finale episode, but they ended their engagement after two months in November 2016.

“After she left [my place] to move back to Colorado … there was no communication at all,” the former ABC personality told Us in a May 2021 interview. “I didn’t have any ill feelings towards her. It just wasn’t gonna work.”

He added at the time: “[Bachelor in Paradise is] a chapter in my life that I think is kind of closed because I do music now. And that’s my main focus.”