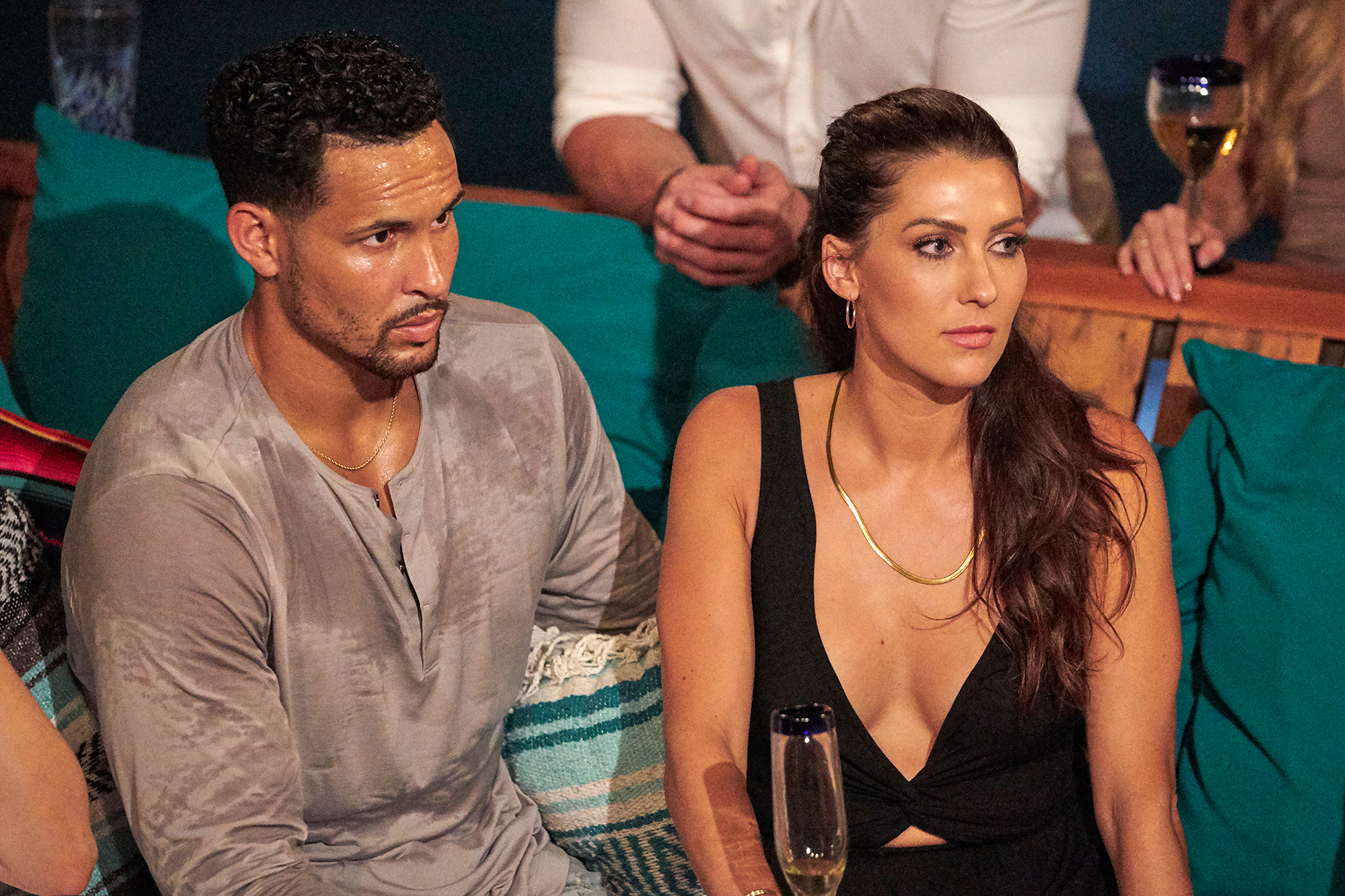 Standing up for herself. Becca Kufrin and Thomas Jacobs’ relationship has been smooth sailing so far since they’ve returned from the Bachelor in Paradise beaches, though not all fans are convinced.

“Should I start following him on the gram yet or what?” the Bachelorette season 14 lead, 31, posted loved-up snaps with the real estate broker, 29, via Instagram on Saturday, October 16.

In response, one of her social media followers noted, “The reason so many dudes don’t fully commit to @bkoof is because she freely gives it up to every guy [crying laughing emoji].” 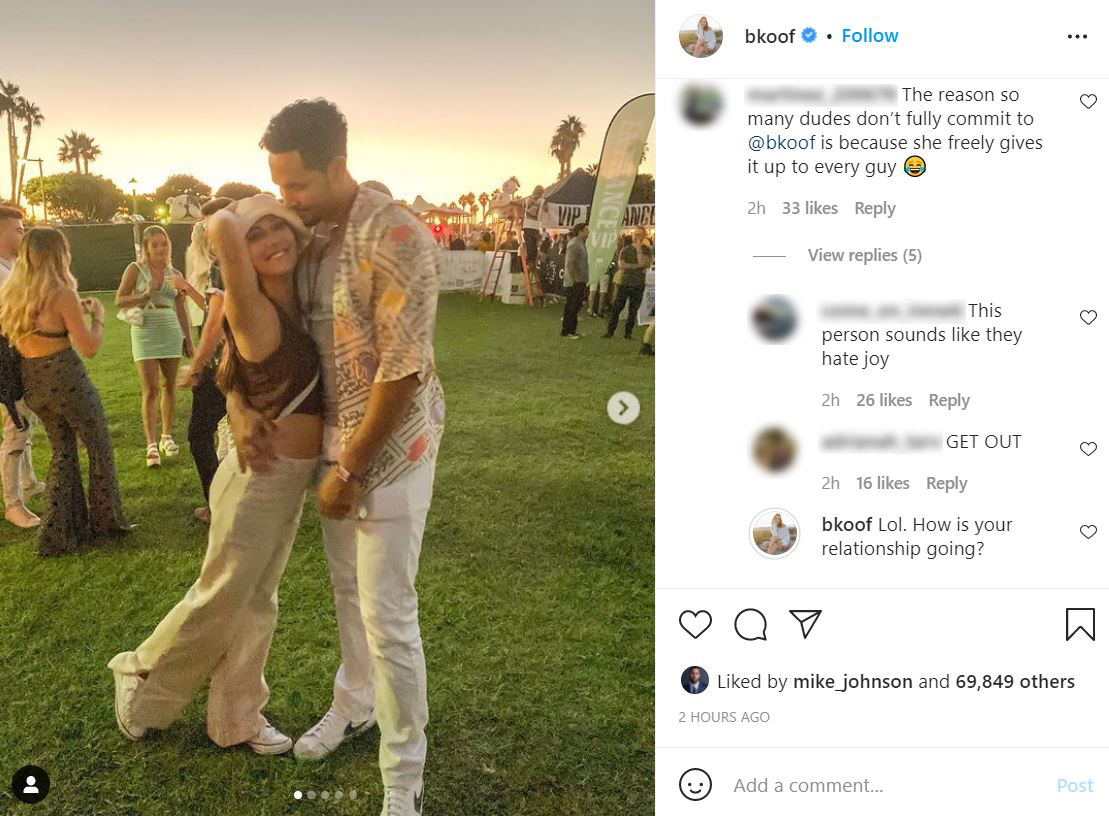 The Bourdon founder clapped back at the critic’s message, noting, “Lol. How is your relationship going?”

The photos of the BiP couple were taken during the Blended Festival in San Diego, in which they joined a crew of their fellow Bachelor Nation alumni on Friday, October 15. They even posed for a group photo with the likes of her ex Blake Horstmann, his onscreen ex Katie Thurston, Abigail Heringer, Noah Erb and other former contestants.

“On a scale of 1-10 how weird is Bachelor Nation 😂,” Horstmann, 32, captioned the group snap on Friday. He also included the hashtags “try to not make the dating tree on this pic.” “Thomas is tall” and “the answer is too many zeros” in his post.

While the Minnesota native shut down critics with her savage clapback regarding her Saturday upload, it is hardly the first time she’s stood up to naysayers about her relationship.

“Red is my favorite color,” Kufrin commented on a September 8 social media post of the couple after a fan noted that Jacobs had “red flags” written all over him.

Though Kufrin initially broke up with her beau during the October finale of the ABC reality TV show, they later reconciled after taping wrapped. Since then, the pair has continued to grow their relationship and even met one another’s dogs.

“We had a great time together and I would say it was smooth sailing for those weeks that we spent on the beach together, which was incredible to start a relationship, but for me, to leave a third time with somebody I really had to know who I would be leaving with,” the “Bachelor Happy Hour” podcast cohost recalled their split on the Thursday, October 14 episode of the “Talking It Out With Bachelor Nation” podcast. “I was like, I see this positive fun-loving, supportive great guy, but to make a relationship, there’s going to be hard times and I wanted to see how he would get through adversity or handle any hiccup in the road, and I didn’t get to see that on my time really in Paradise.”

After returning home from the Mexico beach, Kufrin was the one to reach out to the San Diego resident ahead of their reconciliation.

“I was mad, I was hurt,” the Bachelorette season 17 alum told podcast cohosts Bryan Abasolo and Mike Johnson, admitting that he believed their relationship wasn’t truly over. “When she first texted me, she started off, ‘I know I’m probably the last person you want to hear from right now.’ And it couldn’t be further from the truth, that’s the one text I was waiting to hear. That’s the one person I wanted to see. That’s the one person I wanted to hold. … [The breakup] showed us that we experienced something and it was taken away from us for a moment.”

Since getting back together, the former publicist joked that “third times the charm” while gushing about her boyfriend.

“I’m sorry for breaking up with you on national television, but I’ll take every day to make it up to you, Tommy,” she wrote via Instagram. “Thanks for making my heart smile far more than it ever has. Now time to start this real life @thomasajacobs.”