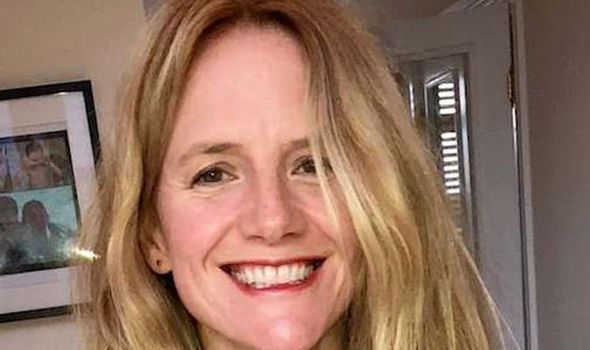 He was met by the most terrible sight – blood was running in rivulets across the floor, a pair of spectacles lay smashed and, to his horror, a man’s body was jammed under the seat. He leapt back on to the ­platform, shouting: “Murder! Murder!” Less than five months after that terrible discovery, another man stood on a raised scaffold, his hands tied behind his back. It was a grey August morning in 1910 and outside the prison walls a 1,000-strong crowd chanted: “Hang him! Murderer!” The chaplain asked if he had any final words. He merely stared blankly ahead and allowed the executioner to make some final adjustments. Then a black hood was placed over his head and a noose around his neck.

The drop had been calculated the day before, after an appeal for clemency had been rejected by the Home Secretary Winston Churchill.

The prison bells began to strike eight o’clock and were soon joined by the chiming of a nearby church. Before the ­chorus ended, there came the thud of the prisoner falling through the trap door to his death.

As the crowd dispersed, they agreed that justice had been done for the poor wages clerk, who had been shot five times for some £370 – equivalent to more than £40,000 today – of miners’ pay in his bag.

But more than 70 years were to pass before the truth about the train murder and the long shadow it cast over my family began to emerge. We first became aware of the link when my mother was watching a BBC show about possible miscarriages of justice.

A court artist’s sketch of an Edwardian gentleman flashed up on the screen and she immediately ­recognised him as her grandfather, John Alexander Dickman.

As a child she’d been fascinated by an old photograph of Dickman, which had pride of place on her Aunt Kitty’s mantelpiece.

She was only ever told that he’d died “suddenly and young” before the subject was hurriedly changed. 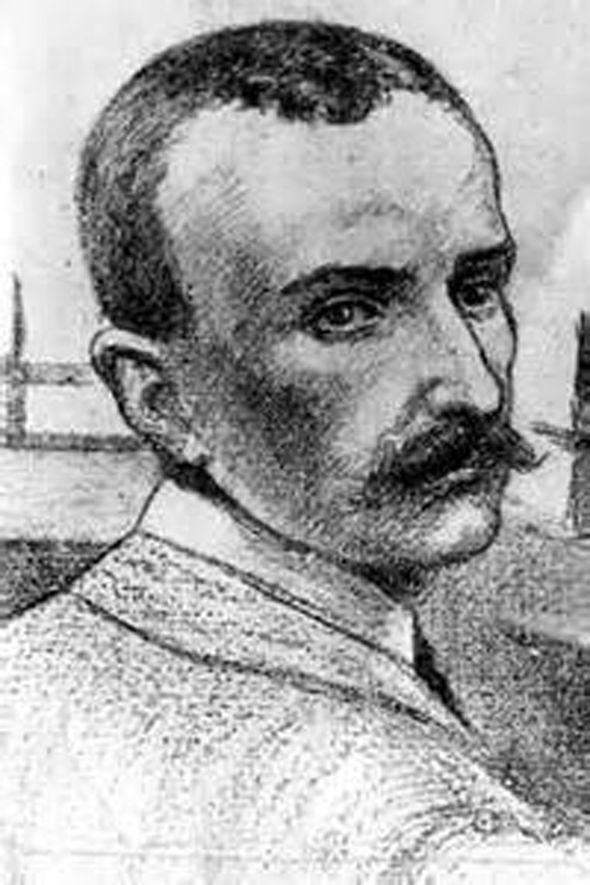 Now we put two and two together about our family’s murderous past. I became fascinated by my mysterious relative and the family scandal hushed up for an entire lifetime.

It soon became clear the execution of my great-grandfather was not only controversial but had also begun a web of deceit involving two families, who were never supposed to find out about each other.

I worked as a cub reporter on one of the local papers, The Northern Echo, which had interviewed my great-grandmother in Newcastle the night before her husband was hanged. When I read what were reported to be his final words to his wife – that one day “someone will clear my name” – it sent a shiver down my spine.

Now, more than 100 years later, his prophecy has come true. After years of painstaking research, the truth about John Dickman and his legacy can finally be told in my book, Her Father’s Daughter.

John had been a colliery clerk but, after coming into an inheritance, set himself up as a speculator dealing with wealthy coal merchants. He also ran an illegal bookmaking business, placing bets for rich clients and travelling up and down the country to racecourses. This was the world portrayed in the TV show Peaky Blinders. He was forced to dodge local gangs such as the Bigg Market lads and the Brummagem Boys, sometimes winning big, other times leaving my great-grandma struggling to pay the bills.

After that fateful train journey, two wages’ clerks gave police a description of a man they had seen entering a carriage at Newcastle station with the victim, John Innes Nisbet. It matched my great-grandfather. What’s more, an artist who had known my great-grandfather since he was a boy came forward to say he had seen him walking alongside the victim and getting into the same carriage. 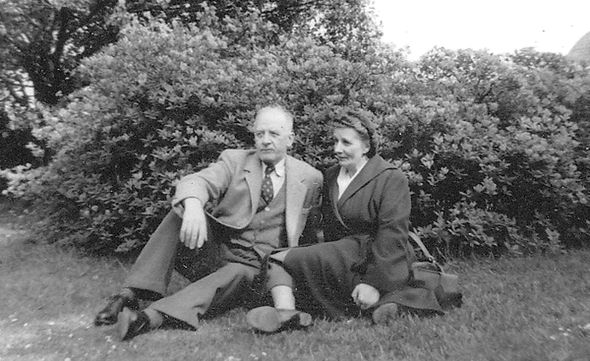 Within a day, John Dickman was arrested. As he went with the police, he turned to his wife and said: “Don’t worry, I’ll be home in time for tea.”

He never set foot over the family’s threshold again.

Disquiet about the evidence used to convict him emerged almost immediately because it was all ­circumstantial. There was nothing to link him to the crime other than the statements of his accusers.

John claimed he had not travelled in a carriage with the murder victim, whom he knew by sight, but had sat alone, engrossed in the sporting pages of his newspaper.

Most troubling was evidence that emerged after the trial. My great-grandfather was being interviewed when some policemen pointed him out to his accusers, the clerks, through an open door.

He was wearing a light-coloured overcoat and during the identity parade he wore the same coat.

By today’s standards, he was being “fitted up”, but back then, the evidence was dismissed on appeal. Home Secretary Winston Churchill dashed any hopes of a last-minute reprieve. What happened to John Dickman is still studied by law ­students today, because it changed the law on identification of suspects in murder cases.

Whether guilty or innocent, for my grandfather Harry, a boy of 13 at the time, and his sister, Kitty, 17, shamed as the children of a convicted train robber and ­murderer, the nightmare was just beginning. 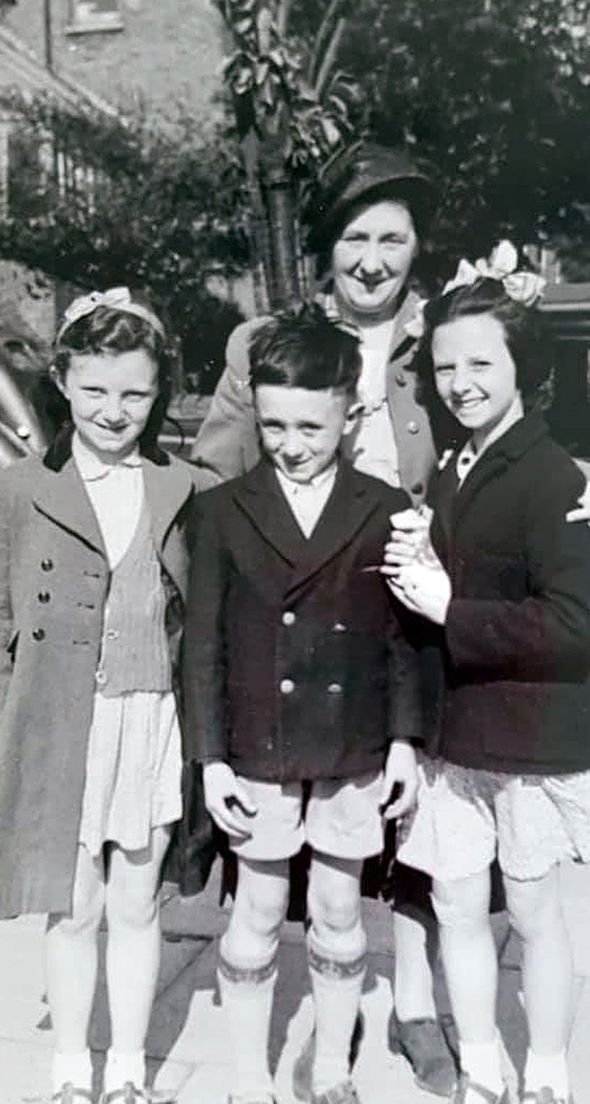 They were ostracised in Newcastle and it wasn’t until Harry fought in the fields of France and Flanders at 18 that he felt he’d won back some honour. He survived the battles of Ypres and Passchendaele before being shot and left for dead at Cambrai in 1917.

By a miracle he survived, waking up in the morgue, surrounded by the remains of his comrades. He was haunted by nightmares for the rest of his life. Returning to Newcastle, he married a local girl, Ethel, and they had a baby boy. But after the General Strike, union member Harry found himself out of a job. He faced a stark choice: stay in the north and starve, or go to London and look for work.

After they settled in Clapham, south London, cracks began to appear in the marriage. Harry was offered a better job back in Newcastle and followed the money. Ethel stayed in London and had a secret affair with a milkman. Harry was delighted when she gave birth to a little girl, knowing nothing of his wife’s betrayal. But when he paid her a surprise visit from Newcastle one afternoon, he found Ethel in bed with her lover and the awful truth about the child he believed was his daughter emerged.

Harry walked out, abandoning his son, who was nine, and suffered a complete mental breakdown, haunted by the hanging of his father and his trauma in the trenches.

He lived rough in King’s Cross for a year before his faithful sister Kitty rescued him. She got him back on his feet, finding him a factory job and lodgings with a west London family. At the outbreak of the Second World War, Harry fell in love with his land­lady’s daughter, Annie, my gran.

As the threat of German invasion gripped the nation, he slipped a ring on her finger and shortly after Dunkirk, a beautiful dark-haired baby arrived, my mother, Anita.

The only problem was, Harry hadn’t divorced Ethel and he kept her existence secret from my gran. He also kept his “new” family secret from his sister, back in Newcastle, until the end of the Second World War, when Kitty turned up on his doorstep. She handed her bags to my gran Annie and said: “You must be his landlady!” 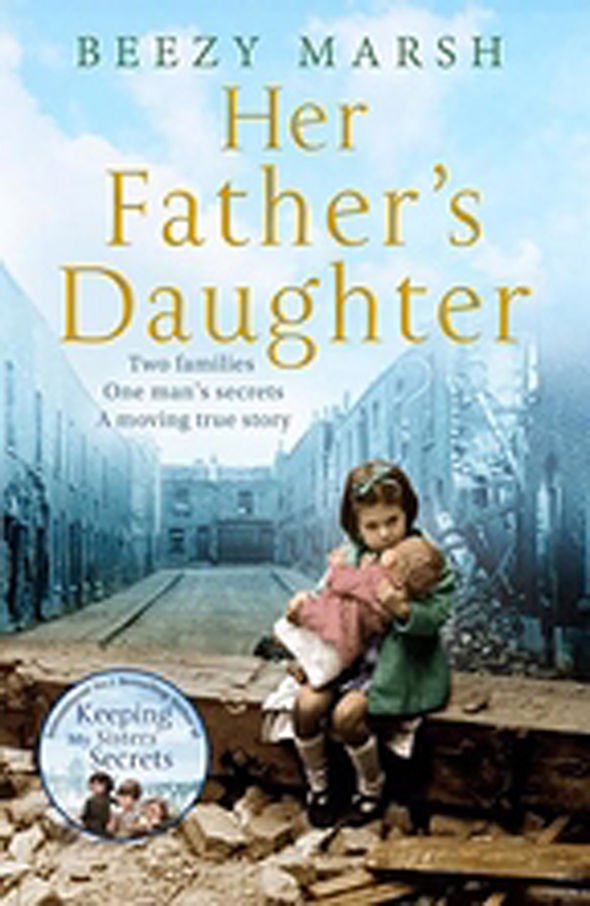 The three children who tumbled downstairs to greet their aunt Kitty were shepherded into the scullery and an almighty row ensued in the parlour, while my ­grandmother was sent off to make a pot of tea.

My gran was never told what the argument was all about. She was a sweet, ­trusting woman who didn’t question Harry too closely.

But when he died in 1970, the cause of the row with Kitty all those years before became painfully clear when my gran tried to get a funeral grant and was told: “It’s going to his wife, Ethel.”

She realised she had married a bigamist. My mum and I tracked down Harry’s first son. I was at ­university by then and aged about 20 but he sadly was too hurt by his father’s sudden, cruel abandonment to want to know us.

Kitty, meanwhile, was still ­keeping the biggest secret of them, the murder in the family. She took that to the grave, destroying all the photographs and letters that might have left clues for the coming generations.

Two years ago, I was contacted by researchers for a BBC One TV ­programme, Murder, Mystery and My Family, and together with my uncle John, Harry and Annie’s son, got to meet my “secret” cousin Rowan and Michele, the daughter of the little girl my grandfather had believed was his own.

We may never know the truth about the murder on a train all those years ago, but we finally feel we have laid the ghosts of the
past to rest.