US will ‘continue to lead in space’: NASA deputy administrator

NASA Deputy Administrator Jim Morhard on the recent successful SpaceX mission and the opportunities it provides for further space exploration.

Blue Origin, the aerospace manufacturer backed by Amazon CEO Jeff Bezos, has announced it will make its thirteenth trip to space using a reusable New Shepard rocket for a record-breaking seventh time.

The mission, which was originally set for Thursday, was scrubbed due to a potential issue with the rocket's internal power supply.

According to Blue Origin, the launch is now set for Friday, Sept. 25 at 10 a.m. central time. You can watch the launch live here.

According to a press release, the New Shepard will fly 12 commercial payloads to space and back, including a demonstration of a lunar landing sensor that will test technologies for future missions to the Moon in support of NASA's Artemis program.

"The experiment will verify how these technologies (sensors, computers, and algorithms) work together to determine a spacecraft’s location and speed as it approaches the Moon, enabling a vehicle to land autonomously on the lunar surface within 100 meters of a designated point," Blue Origin said. "The technologies could allow future missions—both crewed and robotic—to target landing sites that weren’t possible during the Apollo missions, such as regions with varied terrain near craters."

The sensor will be the first payload to fly mounted on the exterior of a New Shepard booster rather than inside the capsule.

Other payloads on board NS-13 include an autonomous plant growth system used to produce "highly nutritious, aquatic plants to supplement a crew’s diet", and a cooling system developed by NASA for spacecraft electronics. 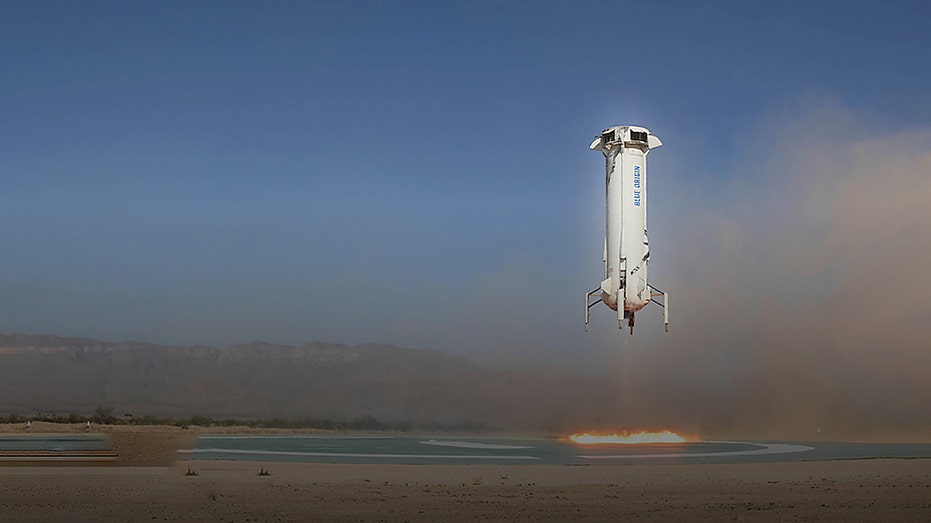 New Shepard has flown more than 100 payloads to space across 10 sequential flights.