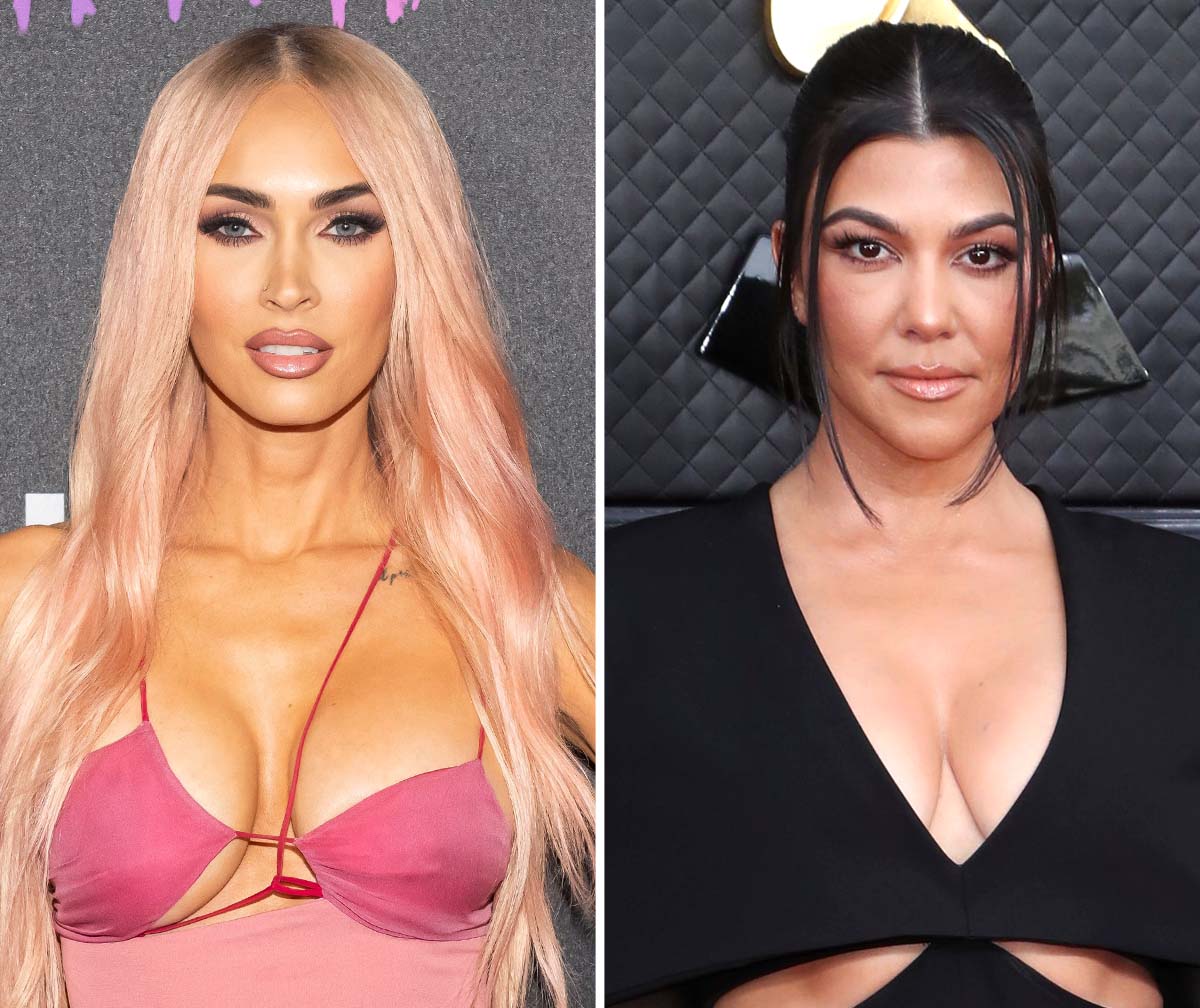 Bringing the heat! Megan Fox teased a possible new venture with Kourtney Kardashian while sharing steamy outtakes from their past Skims photo shoot.

“BTS of my skims shoot with Kourtney,” the 36-year-old actress captioned a series of Instagram photos on Monday, August 1. “Should we start an OnlyFans?”

The Transformers star’s fans appeared to be on board with the idea of a joint OnlyFans account with one responding, “Don’t threaten us with a good time.” (OnlyFans is a subscription content service in which celebrities can earn money for their posts.)

A second fan commented, “These photos just added 10 years to my life” while a third user simply wrote, “Slay.”

How Much Celebrities Make on OnlyFans

The Jennifer’s Body actress got up close and personal with the Kardashians star, 43, in the pictures while posing in the bathroom for Kim Kardashian’s clothing line. In one snap, the Poosh founder straddled Fox as she sat on the toilet and they both stuck out their tongues.

In a separate image, the Tennessee native held onto Kourtney’s knee as they laid on the tile floor. Fox wore a high-rise black thong and bralette from the Skims cotton collection while the California native donned a black tee.

The ladies, who have become close through their respective significant others, Machine Gun Kelly and Travis Barker, teamed up in September 2021 for the Skims campaign.

“I love that Skims really understands what women want to wear and that they want to feel sexy, confident and empowered,” Fox said in a press release shared with Us Weekly at the time. “I loved being in this campaign with Kourtney, we had so much fun shooting together.”

The New Girl alum promoted the campaign via Instagram in fall 2021, sharing the final looks of her and Kourtney modeling the line. “Kourt, forever isn’t long enough,” Fox captioned the snaps. “Welcome to our SKIMS Cotton Shoot — an immersive experience @skims.”

Earlier this year, the Midnight in the Switchgrass actress gave fans a rare look into what her friendship with Kourtney really entails, including what happens on their double dates with Kelly, 32, and Barker, 46.

“We’ve been to Vegas with them a couple of times and events and things like that,” Fox — who has been engaged to the “Emo Girl” rapper since January — told Glamour UK in an interview published in April. “But we’re not going on picnics or road trips.”

Kourtney, who legally wed the Blink-182 drummer in May, shares sons Mason, 12, and Reign, 7, and daughter Penelope, 10, with ex-boyfriend Scott Disick. Barker, for his part, shares son Landon, 18, and daughter Alabama, 16, with ex-wife Shanna Moakler. He is also an active parent in stepdaughter Atiana De La Hoya’s life. (The model, 47, shares her eldest child, 23, with ex Oscar De La Hoya.)