Pop sensation Billie Eilish is the first solo female artist to ever top the Hottest 100, after her hit Bad Guy came in at number one on Triple J's annual countdown. At 18, she's also the youngest artist to lead the list.

Australian artists nabbed eight of the top 10 spots but the US star beat out local contenders including Flume and Vera Blue's Rushing Back and Mallrat's Charlie to top the list. She featured elsewhere on the countdown a further four times to lead all artists. 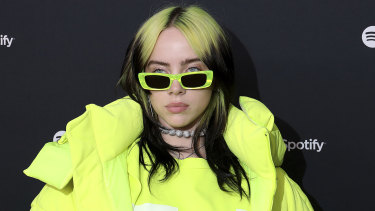 Billie Eilish is the youngest artist to ever top the Hottest 100.Credit:AP

"Thank you, I love you. Thank you for making my life what it is," she told Triple J listeners from the same bedroom she wrote the song in.

It's the latest accolade for the teen phenomenon, whose acclaimed release When We All Fall Asleep, Where Do We Go? was the top-selling album in Australia last year. On Monday, she's up for six Grammys, including album of the year and best new artist, while Bad Guy – with its itchy hook and gloriously petulant "duh" – is also up for song of the year.

"It's the antithesis to a traditional pop song, an undeniable earworm, and a hugely deserved, record-breaking Hottest 100 #1."

Last week the 21-year-old singer praised the potential for a solo female artist to top the countdown for the first time. "I really hope this year's the year … [The list] is so much more diverse than what's been in the past," she said. 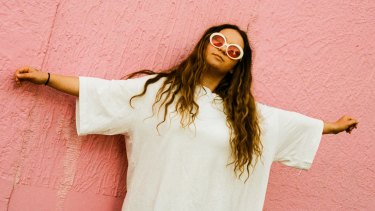 Dance Monkey, the global earworm from Melbourne busker-turned-ARIA-winner Tones and I, placed at number 4. Remarkably the single – which topped charts in more than 30 countries last year – is still stretching its history-making run at number one on the ARIA singles chart with a record 24 weeks in the top spot.

"It's so crazy that I'm in this; this has been such a crazy year," she told Triple J presenters Veronica and Lewis during Saturday's countdown.

While an early favourite to top the list, Florida rapper Denzel Curry's frenzied cover of '90s rockers Rage Against the Machine's politically charged 1996 anthem Bulls On Parade only managed number five on the list. 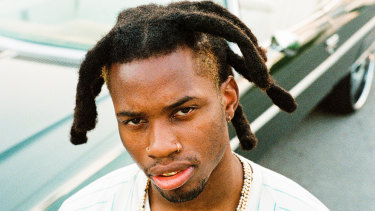 Curry's Like a Version cover – which blended Rage Against the Machine's original with a Trump-torching verse from his own song Sirens, taken from his 2018 album Taboo, was recorded at Triple J's Sydney studio last February and earned viral acclaim overseas.

The song became the highest-ranking Like a Version cover in the Hottest 100 since morning presenter Mel Bampton launched the weekly segment in 2005. It also charted more than 40 spots higher than the original song did in 1996.

Melbourne musician G Flip, real name Georgia Flipo, had four songs on this year's list but it was her infectious Drink Too Much, about being dumped for partying too hard, that caught the most attention among voters to land in sixth.

There was also a strong showing from Brisbane singer Thelma Plum whose Better In Blak, a stirring response to the racist abuse she received from online trolls, finished at number nine. She becomes the highest-ranking Indigenous artist in Hottest 100 history. 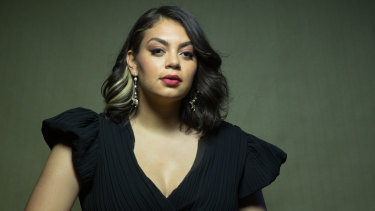 "That's cool, but to be honest I hope I don't keep that for a long time," the 25-year-old told Triple J's Veronica and Lewis.

After tallying the final votes last week, the radio broadcaster had promised this year's Hottest 100 would be "historic". Among the top 10 songs, exactly half were by solo female artists.

Australian artists accounted for 65 songs on the list, equalling the tally from the past two years and only one entry behind 2016's 66-song record, while 17 artists made their Hottest 100 debut.

This year's list also broke the countdown's voting record as 3.2 million listeners voted, up 16.4 per cent on last year's figure. Among those, 55.5 per cent of votes came from female listeners.

The broadcaster will be counting down the Hottest 200-101 on Monday, as well as a Hottest 100 of the decade in March.