“Please NO NO NO NO NOOOOO im gonna lose my faith in love if you and Amelie break up.”

TikTok stars Blake Gray and Amelie Zilber have fans speculating about the status of their relationship after the two posted cryptic tweets this weekend.

“all good things must come to an end at some point,” the 19-year-old influencer wrote Saturday.

A day later, Zilber, 17, tweeted: “holding on to something that you know doesn’t want to stay is a different kind of pain.”

With a combined 13.4 million TikTok followers, these tweets left fans frantically worrying about a possible breakup between the two social media stars.

Fans also rushed to speculate on rumors that this was Gray’s way of letting fans know he’s moving out of the famous Sway House. Many followers noticed that Gray took “Sway House” out of his Instagram bio.

However, fellow Sway House member, Bryce Hall, 21, reassured fans that they have no plans on separating. He tweeted, “none of the boys left sway wym.”

“#sway4lyfe till the end,” Gray noted in a separate tweet.

Neither Gray or Zilber have publicly commented on the status of their romance amid all the speculation. 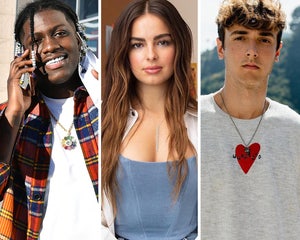