Spoilers ahead for Outlander Season 4, Episode 8. Even though Brianna and Roger had to travel to the American colonies after they journeyed through time, the pair manages to reunite in "Wilmington." And not only that, but Brianna and Roger get married on Outlander after they meet up in 1769 North Carolina. Beyond the time and location hopping, you might be experiencing whiplash due to this couple’s tumultuous relationship. And while Roger and Brianna clearly have a lot of love for each other, their marriage certainly seems like it’s a mistake — especially considering the horrific abuse that Brianna experiences at the end of the episode.

When Brianna and Roger last saw each other, they ended up breaking up. Roger didn’t want to have sex with Brianna unless she promised to marry him and he was completely disrespectful when she denied him. So it’s rather surprising that Brianna is the one to bring up marriage after Roger finds her in the past. "How can I say no to a man who pursued me for 200 years?" Brianna reasons. So Roger leads a secret handfasting ceremony for them and they are married.

Brianna then has sex for the first time. But Roger and Brianna’s intimacy doesn’t have the same steam that exists between Claire and Jamie. And that may be because of Roger’s rather sexist attitude. "If I take you now, it’s for always," he tells her. While it’s supposed to be romantic, it’s actually a reminder of how, while he’s not a virgin, she is and he certainly would have judged her if she had had sex before him. And then he rather crudely mentions how he has been wondering what color her pubic hair is. Sure, he’s about to perform oral sex on her and Brianna doesn’t seem to mind, but these moments should have been indicators that Roger hasn’t really changed his views since losing Brianna in "The False Bride." 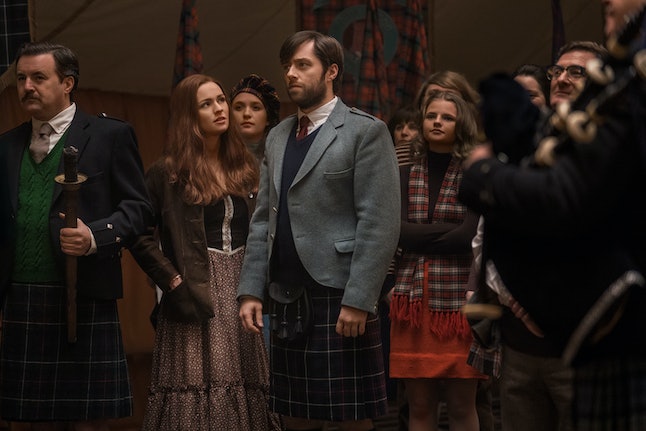 It’s a shame that Brianna should end up with Roger — and his outdated views on gender roles — since she’s a liberated woman of the ’60s. But that’s not what causes them to fight after consummating their marriage. Instead, Brianna becomes outraged when she learns that Roger already knew about Claire and Jamie’s deaths and hadn’t told her. She feels even more betrayed when she learns that Roger had discussed her mom’s time traveling with Fiona.

While Roger tells Brianna that she’s acting like a child, he again proves how he’s really the immature one. Instead of apologizing for keeping the fate of Jamie and Claire a secret, he becomes defensive. It’s particularly foolish since he had ended up regretting not telling Brianna even before he learned she planned to go to the past. And his guilt seemed to at least partially fuel his own decision to time travel. He even lies that Fiona had agreed with him that he shouldn’t tell Brianna about Claire. (Fiona did reluctantly concede to Roger’s reasoning in "Common Ground," but she first said that Brianna deserved to know the truth.) He then threatens to go back to 1971 without her and when Brianna doesn’t stop him, he abandons his new wife. 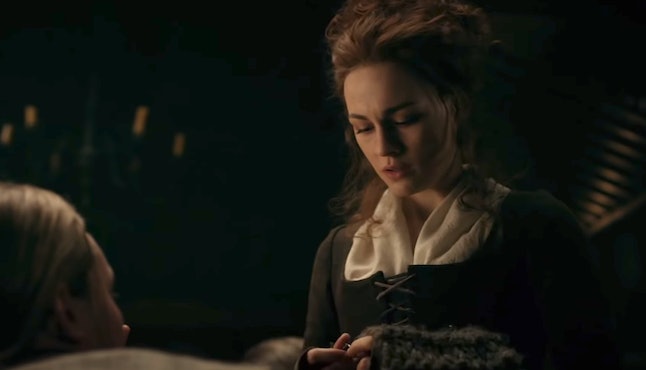 What happens next isn’t directly Roger’s fault, but viewers have every right to be outraged by his decision to leave Brianna. Because when Brianna meets Stephen Bonnet in a tavern, he rapes her after she tries to bargain for her mother’s wedding ring. Not only could Roger protected Brianna in this situation (unlike the other contemptible men in the tavern), but Roger is fully aware of just how villainous Bonnet is since he traveled with him to the colonies. So he could have warned Brianna to stay away from Bonnet even though he had Claire’s ring.

Brianna says after she has sex with Roger how she’s never been so happy. But the happiest day of her life becomes one of the worst due to the sexual abuse perpetrated on her. And while it’s doubtful that Roger is really gone for good, his relationship with Brianna will be even more damaged than he expects. So Roger’s behavior continues to be a disappointment on Outlander and the repercussions of his actions this time around will not be as easy to forgive or forget.