BRITAIN's economy will outstrip all other G7 countries next year as it bounces back after Covid, experts reckon.

Economists predict a booming 2022 – in part down to the UK's lightening fast booster vaccine roll-out. 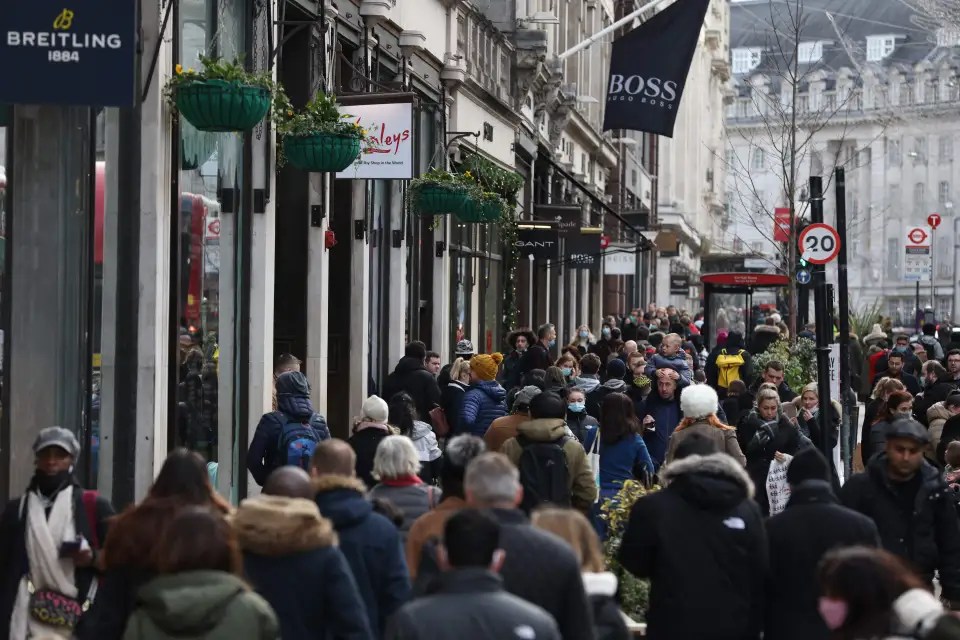 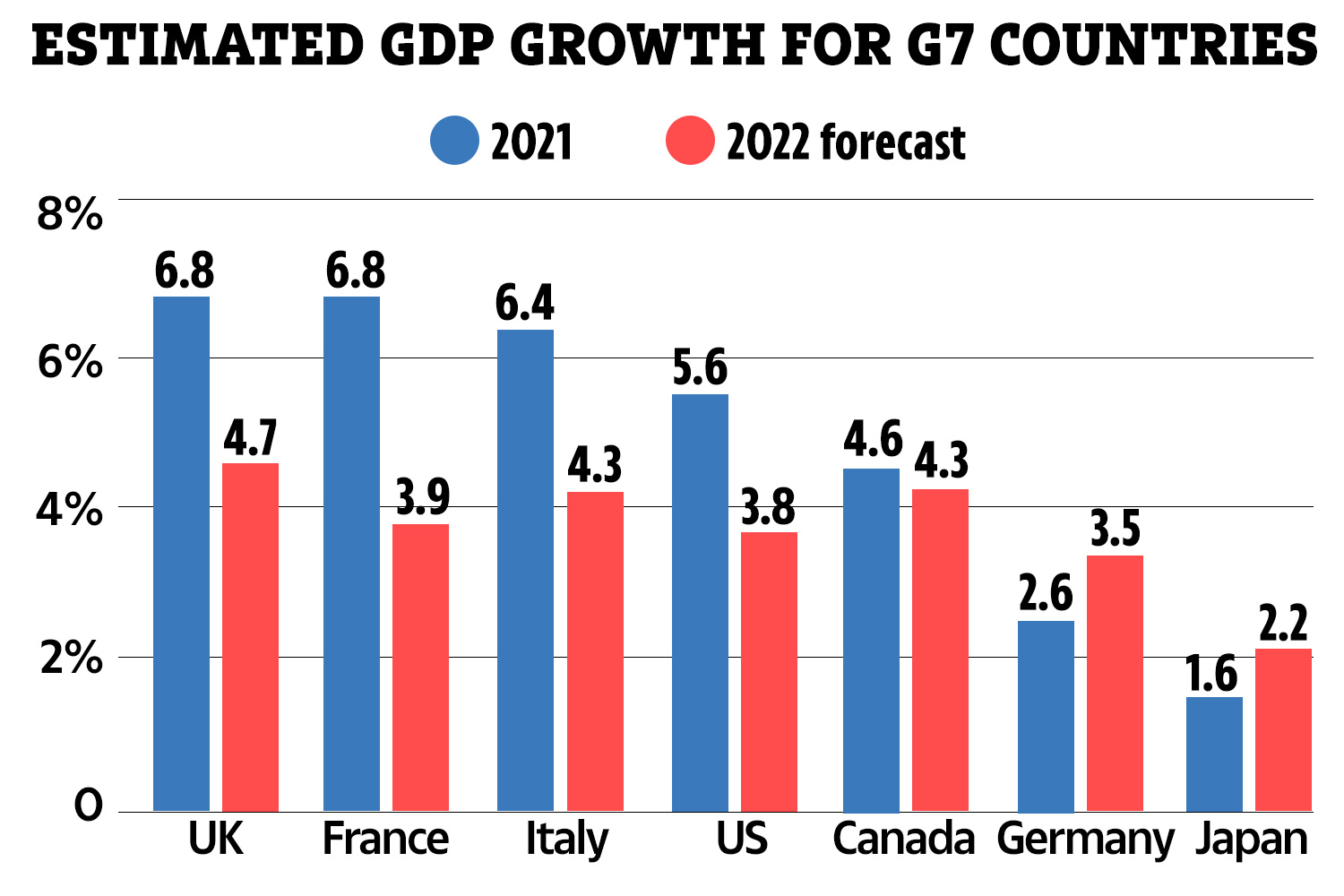 A Goldman Sachs report predicted UK growth of 4.7 per cent over the next 12 months – well above the estimated 3.8 per cent for the US.

France, Germany and Japan also have relatively measly projections of 3.9 per cent, 3.5 per cent and 2.2 per cent respectively.

The remaining two G7 countries – Canada and Italy – will also have a more modest growth of 4.3 per cent, The Telegraph reports.

HSBC has forecast a similar increase for the UK in 2022, building on this year's output expansion of almost 7 per cent after an almost 10 per cent shrinkage in 2020 when the virus first hit.

As well as Brits being keen to buy more goods during the pandemic, experts claim the expected boom could be, at least in part, thanks to the booster vaccination programme which could limit or remove the need for severe lockdown restrictions.

This is combined with the fact the 2020 recession was so deep – so has a long way to climb.

Claus Vistesen, of Pantheon, which downgraded its UK forecast to 4.2 per cent and the eurozone to 3.8 per cent due to Omicron, said: "The eurozone economy is probably going to be hit harder by Omicron because already in the fourth quarter, before Omicron, we saw restrictions in Europe due to the Delta wave.

“So I would say the total hit to output is probably going to be bigger in the eurozone than the UK."

He added: "The booster programmes take time to roll out.

"The UK is, like early on [in the pandemic], going very fast, but is still staring down restrictions.

"I don't think that will be very different in Europe – even as Europe ramps up boosters, which they are, it is not going to prevent restrictions being imposed in the near-term."

The International Monetary Fund also expects Britain to outgrow the rest of the G7 club in the coming year, though admits there will be some hurdles along the way.

"Measurement of public sector output cast the UK in a bad light during lockdowns, but will be a plus as things get back to normal," he added.

The UK has been blighted with financial issues during the pandemic, with supply chain issues, a semi-conductor shortage, and high levels of unemployment.

Covid restrictions have also deserted high streets and money-stretched Brits have been forced to keep a close eye on their spending.

But vaccines could be the key to freedom after a string of hugely positive studies show Omicron IS milder than other strains, with the first official UK report revealing the risk of hospitalisation is 50 to 70 per cent lower than with Delta.