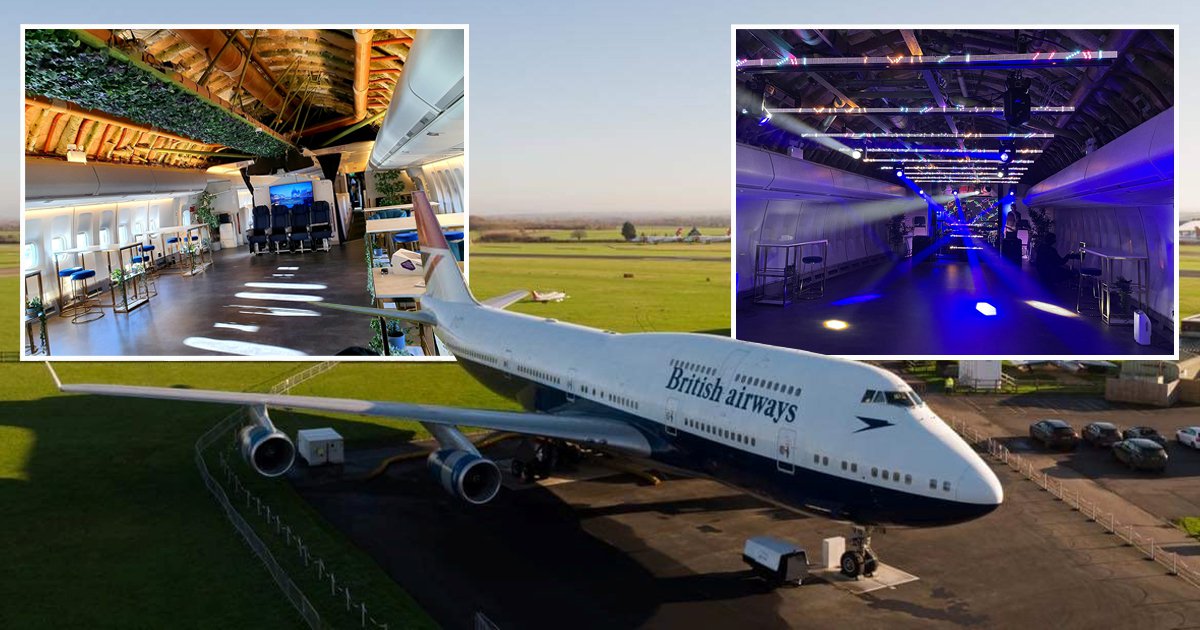 An iconic 747 British Airways jet has been bought and transformed into a party destination.

The BA Negus ‘party plane’ is currently stationed at the privately-owned Cotswolds Airport.

It’s available to hire now – and can cater for everything, from private birthday parties and product launches to corporate events.

The aircraft was bought for just £1 in 2020 by the airport’s chief executive Suzannah Harvey, after British Airways retired its fleet early – due to the pandemic.

As fleets were being destroyed, Suzannah asked if one could be kept back and preserved – almost like a museum or artefact.

But due to the transfer of the liability that comes with the aircraft, technically it had to be ‘sold’ – hence the £1 transaction.

Suzannah says part of the deal was to also ensure the aircraft was kept for public use.

Though it may sound like a bargain, half a million pounds had since gone into the plane.

She explains: ‘I paid a pound for her, and we have a certain obligation to maintain it as is practical for public use.

‘The company has had to spend nearly £500,000 getting her prepped and ready here, but I think it’s money well spent and it preserves her for future generations.’

Most of the original structure has stayed the same but the economy section has been stripped out to create the events space, and the gallery has been changed into a bar.

It took one man a full week to clean the entirety of the plane, and rewiring with custom lighting was fitted, too.

Suzannah added: ‘It’s been a long old slog. She came into us in October 2020, and at the time I rather naively thought we’d have her up and running by the following Easter.

‘We’ve had such tremendous support from everybody – like all the contractors and all the people that have volunteered, who are current BA 747 engineers.

‘Here we are, finally. She’s ready and she’s good to go.’

Its last passenger flight was from Miami to Heathrow in April, 2020.

Anyone now wanting to party on the jet will have to fork out more than £1,000 an hour – but Suzannah says they’ve been inundated with enquiries even at this cost.

Netflix have also asked for details.

Suzannah adds: ‘The vision has finally come to fruition, with overwhelming support from volunteers including current BA engineers and half a million pounds of investment later, Negus 747 is finally ready.

‘Preserved for many years to come and future generations, Negus is the only bespoke events 747 in the world.’

Cotswold Airport is family-owned (and operated) and is the largest private airport in Europe, having a runway only two metres shorter than Bristol International.

Suzannah adds that an app will soon be launched to enable the general public to book tours of the aircraft.