The British staple, which is being trialled in New Zealand as part of Burger King’s Change Range menu, caused confusion earlier this week when a photograph of the sandwich appeared online.

The burger – known as the ‘chip butty’ – contains the fast food restaurant’s fries sandwiched between a sesame seed bun alongside tomato ketchup and mayonnaise.

It came as a very familiar sight to many Britons, who mocked the American fast food chain for taking so long to ‘finally figure out what a chip butty is’. 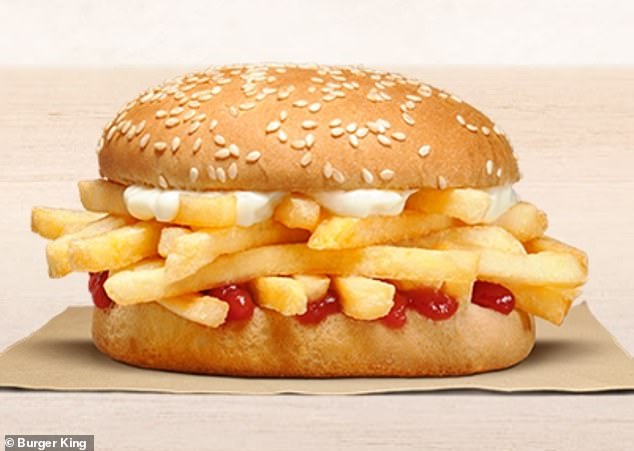 ‘It’s a staple food in the UK. We either make it at home or buy one from the fish and chip shop. My preference is a lashing of butter and a sprinkle of salt.’

‘Americans have finally figured out what a chip butty is and subsequently already ruined it’, added another user. ‘Thanks Burger King’

A third said: ‘Burger King isn’t slick, they just made a chip butty’. 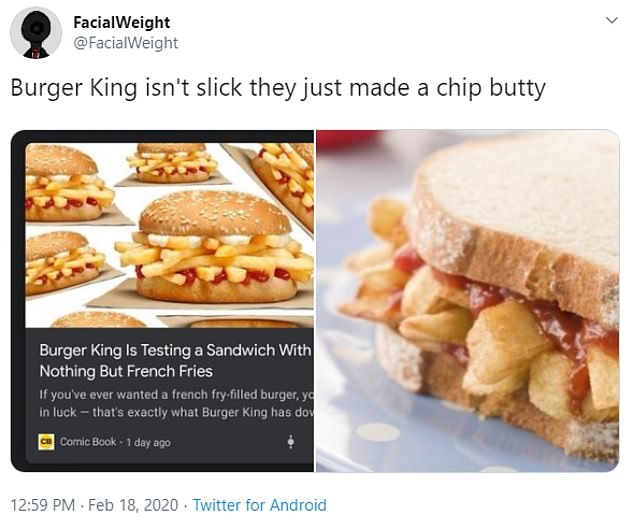 The sandwich came as a very familiar sight to many Britons, who teased the American fast food chain for ‘finally’ figuring out ‘what a chip butty is’

Others teased the fast food chain for being ‘way behind the times’ in their creation of a chip shop classic.

‘I want to give Burger King a hand clap for introducing the Americans to the chip butty (English slang for fries on a bun to you Yanks),’ one user said.

‘Enjoy it with an egg on top or go all out and try some grated cheese with it. But welcome to the revolution.’

But the new product wasn’t a hit for everyone online, including bewildered Americans who dubbed the sandwich a ‘monstrosity’.

One user said: ‘The people with the worst food on Earth are chiming in about how slow we were to invent a “chip butty”. 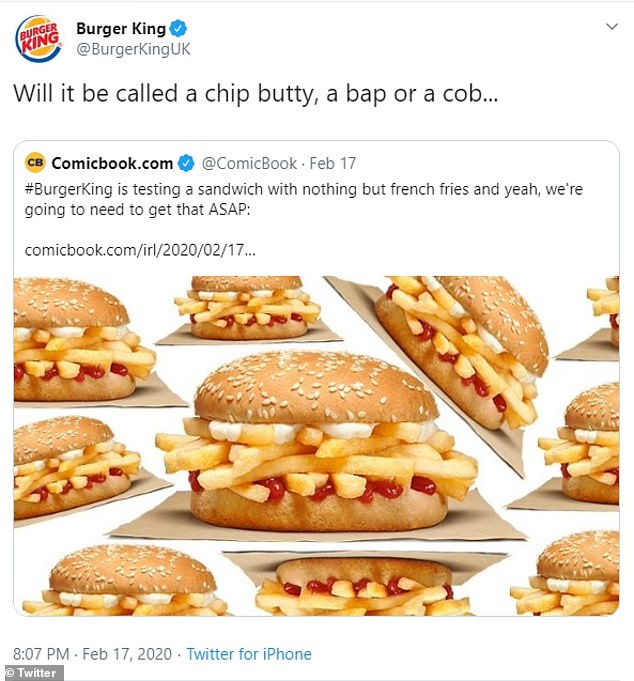 Burger King UK even piped in on the discussion, asking whether the sandwich should be called a ‘chip butty, a bap or a cob…’

Taking to Twitter, one user said: ‘So a chip butty then? It’s not like that’s already been a thing for longer than I’ve been alive’

‘Really think about that: they already have all the monstrosities that Burger King’s insane marketing team invents’.

Another said: ‘I’ve never actually had Burger King but why did they think that they could put fries and ketchup on a bun and call that a sandwich that should be illegal’.

The sandwich is currently only available in New Zealand – with a plain version retailing for $2 (around 99p) and a version with bacon for $3 (around £1.50).

On its website, Burger King described the ‘chip butty’ as being ‘fit for a King at a price fit for everyone’.

‘With crispy golden fries, mayo and ketchup, nestled between two soft buns, His Royal Fry-ness, the CHIP BUTTY has arrived’, it said.