For NaTonia Monét, this Broadway season was supposed to be the greatest of her life. A Florida State University grad who moved to New York City in 2008 with the dream of being on Broadway, Monét’s years of dedication, hard work, and regional tours finally paid off when she was cast as Alline in “Tina: The Tina Turner Musical.” Then COVID-19 hit.

While she’s kept busy with Zoom master classes and working as an acting coach for children, the news of the extended Broadway shutdown only compounds her worries. “I’m hurt,” she said. “I worked so hard for this, like my other fellow artists, and it was snatched away. I feel like we artists were cast out by our administration.”

When Broadway begins its slow and steady return in 2021, the doors of New York’s major theaters will have been closed for 444 days, the longest shutdown in Broadway’s history. But as the coronavirus pandemic continues to grip the United States, Broadway performers are demanding assistance from a government they feel has left them behind.

On March 12, the doors of Broadway’s major theaters closed as cases of the coronavirus spiked across New York. For performers behind those hallowed doors, the announcement was not only sudden but seemed like a temporary, necessary precaution to keep lives safe in the midst of a worsening situation. But almost seven months after Broadway closed its doors, it’s clear that its short break is anything but. Last week, Broadway’s theater authority announced the suspension would continue until May 30, 2021.

In the grand scheme of the pandemic, the persistence of live performances can seem like a trivial matter. But for a host of performers, dancers, singers, writers, stage crew, and other artists dependent on the massive revenue live theater brings in, the extended shutdown puts them in a new place of uncertainty.

“This isn’t just about Broadway,” said Ashley En-fu Matthews, a performer in the “Rock of Ages” revival at New World Stage. “Broadway isn’t a place, it isn’t the only end-all-be-all of theater. Broadway is a street most theaters aren’t even physically located on it. This is about an entire countrywide industry that has been left in the dust and is facing catastrophic loss for over a year. Broadway, off-broadway, national tours, regional theaters. Actors, dancers, singers, musicians, wardrobe,  hair, crew, stage management, front and back of house theater staff all around the county have no end in sight and no support from their government.”

The U.S. Bureau of Economic Analysis reports that Arts and Culture account for $877 billion in revenue and makes up over 4.5% of the country’s economy. Last season, the American theater industry grossed $1.8 billion in revenue and drew almost 14.8 million viewers from all over the world. But for an industry that draws major revenue not just to New York City but to major and minor cities across the country, Broadway failed to receive the same amount of aid as other industries. The CARES Act provided temporary relief for residents affected by COVID-19, including freelance workers and small businesses.

But many of the additions that concerned theater employees, including the additional $600 a month in unemployment, ran out in July. A lack of funding and strict qualifications meant that many indie theaters were unable to receive aid, which put the biggest strain on the performers that rely on them. 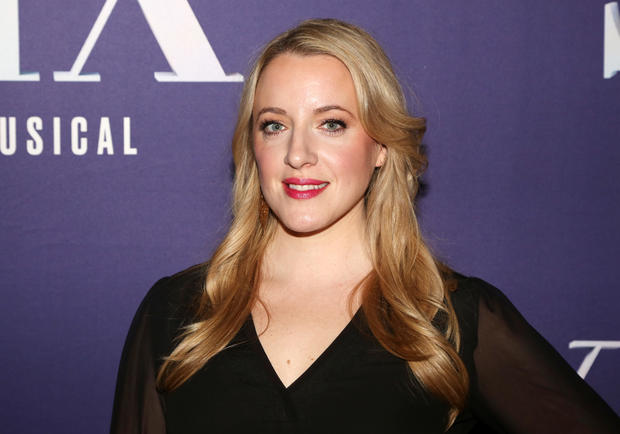 And while Broadway shows might be stopped, the bills certainly aren’t. Monét received the $1,200 stimulus check, as well as grants from the Actors Fund, but is still struggling to make ends meet. “As an artist, we live in the life of uncertainty,” she said. ” We have flexible jobs so we are free to audition and hopefully book something. So one would think, ‘Well I can just go back to the gigs because Broadway is shut down,’ but the gigs aren’t here. Some of my bills let me defer at the beginning of the shutdown, but I tried to defer one again and it said I used my one deferment. So now I have no choice. I have to pay.”

She’s not the only one. “I had a year’s worth of work lined up, as well as a year of health insurance, and it’s all up in the air,” actress Abby Mueller said. Mueller, who played Jane Seymour in Six: The Musical, was hours away from opening when Broadway closed its doors. “Arts workers and institutions are fighting for their very survival.”

According to the Department of Labor, the coronavirus outbreak spelled disaster for workers across America. In September, the department estimated that at least 12.6 million Americans were unemployed, a number that doesn’t include freelance workers or those reliant on temporary work. But for Broadway performers, finding another job isn’t as easy as one might think. 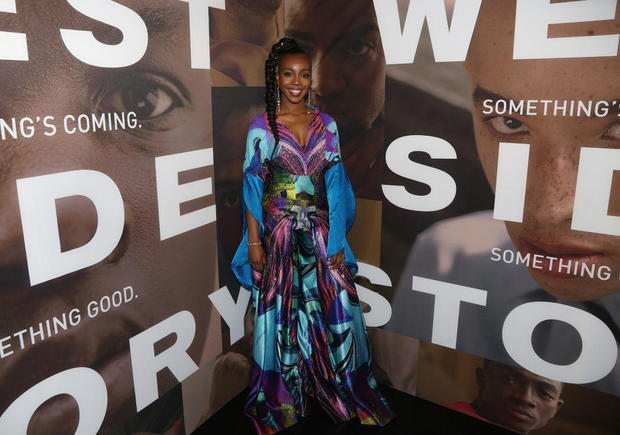 Michelle Mercedes, a performer in the revival of “West Side Story,” has used the numb feeling Broadway’s closure brought on to re-evaluate. In the midst of a pandemic, she began an online MBA program, something she couldn’t have done during the endless shows and rehearsal of the season. “I have had to learn to continue to give myself grace while navigating life during the pandemic and the never-ending racial injustice,” she said.

“Not knowing where and how I will generate income has created a great deal of stress for me, so knowing that the government believes that my job as a performer matters and that I am supported until we can safely return to work would be extremely helpful.”

With Broadway’s problems continuing into the new year, many in the community have rallied around the stranded performers. The Actors Fund, a non-profit organization that bills itself a “safety net for performing arts and entertainment professionals,” has given out numerous emergency financial assistance to theater professionals, both on their own and in partnership with other grant programs. And smaller businesses and theater aficionados won’t be left out of the loop. 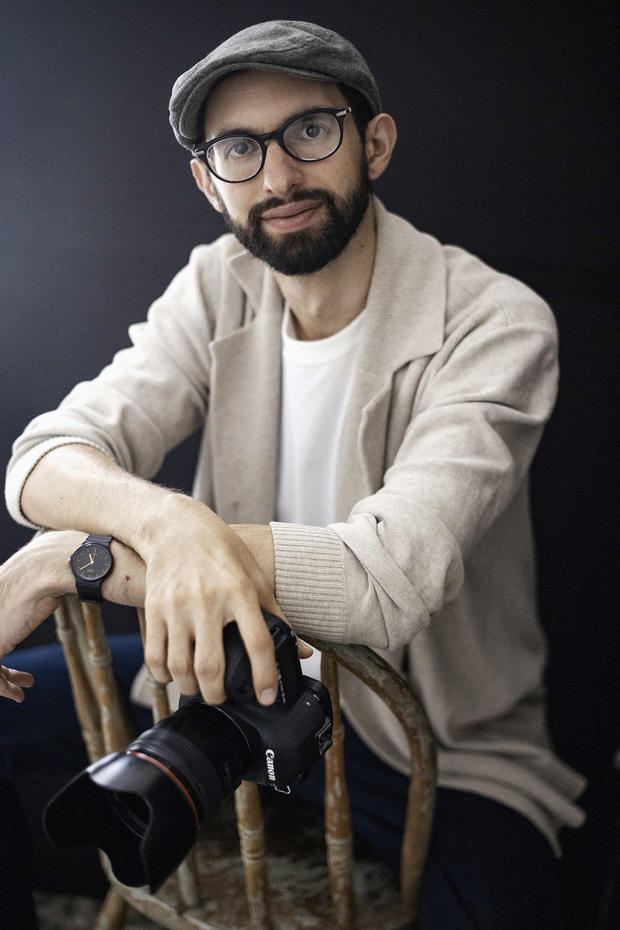 Jon Taylor, a professional photographer based in New York City, has offered any artists out of work a free headshot, a necessity that can be extremely expensive for performers. “Photography is what I know and do best,” Taylor said. “A professional headshot can get you seen — whether that’s by a casting director in an audition or by a new potential employer on LinkedIn. I’ve received hundreds of messages from other creatives of all kinds sharing words of kindness and support, and there has been so much respect and understanding because we’re all in the same boat. We’re an industry (that) thrives on human connection, and when that’s taken away from us, we rely so much on each other.”

But even with support from the community, the thousands of jobs connected to Broadway can’t be saved from goodwill alone. Since the closure, at least four shows on Broadway have closed their doors for good. For many performers and government officials, the only answer now lies in the country’s continued stimulus talks, something that grows less hopeful every day.

“I don’t see this as the end of me being a performer, but the future is completely anyone’s guess at this point,” Matthews said. “But being told that we are unimportant and unskilled is not the answer. The arts have always found a way to survive throughout human history, but the theater community deserves and requires help and support to make that happen.”

Mueller said federal aid isn’t just necessary but deserved. “I think the word bailout is problematic because it insinuates some sort of wrongdoing,” she said. “For us, it’s not a matter of a bailout, but proportionate, abundant federal relief. We’re a significant portion of the nation’s economy and deserve relief, same as any other economic sector devastated by this pandemic. COVID has put a spotlight on the inequities and shortcomings of just about every aspect of our society, and Broadway is no exception. I love the Broadway community and believe we have the opportunity (and the responsibility) to come back stronger, more inclusive, compassionate, and equitable.”

And in the meantime? Actors, performers, crew, and beyond have done their best, holding tentatively to gig work, coaching roles, film and television spots, and unemployment payments, hoping to hold on until help, or curtain call— whichever comes first. 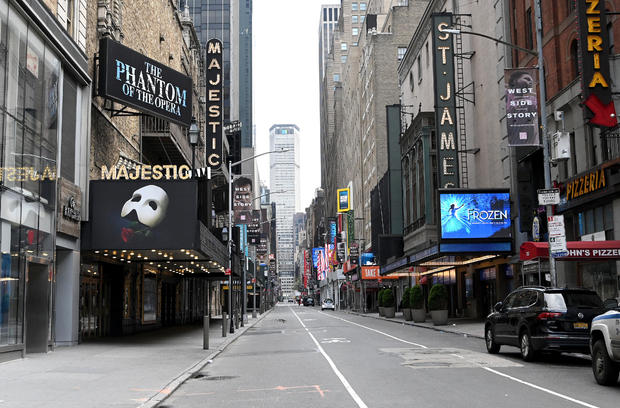