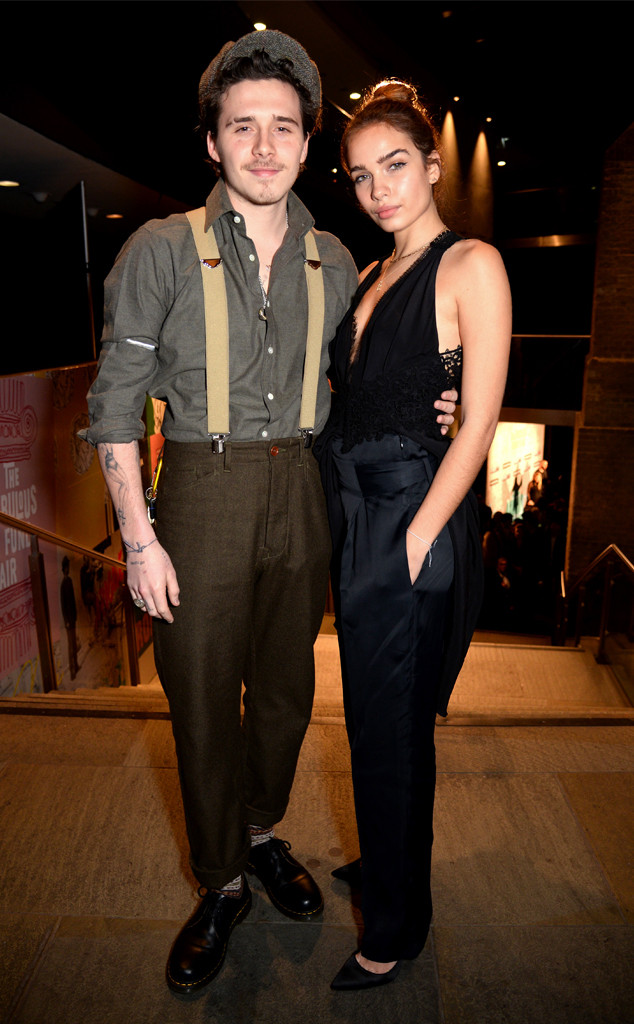 From a breakup to a make-up, Brooklyn Beckham is a hot topic.

The 20-year-old star and his model girlfriend, Hana Cross, have called it quits, E! News has learned. And it appears the eldest son of Victoria Beckham and David Beckham is already moving on from his recent breakup… with a former flame.

Over the weekend, Brooklyn was spotted getting close to his ex-girlfriend, Lexy Panterra, whom he dated before Cross. The two were seen partying at a London club, with a source telling E! News that “Lexy and Brooklyn were very affectionate and kissed throughout the night.”

“Brooklyn and Lexy have been friends for a while,” the insider added. “Whenever they are both in London and can make it happen they will get together.”

Despite things heating up between the former couple, the source makes it clear “they aren’t dating.” The source shared, “It’s nothing serious but when they do hang out, the chemistry is undeniable and the sparks fly.”

For a little refresher on the 20-year-old star’s love life, he has dated many women over the years. His longest relationship was arguably with actress Chloe Grace Moretz. Last April, it appeared the on-again, off-again couple finally called it quits after dating for several years. They first sparked romance rumors in 2014. In April 2018, Beckham seemingly moved on with Playboy model Lexi Wood after they were spotted kissing at a tattoo parlor in West Hollywood.

However, by May 2018, the 20-year-old photographer buckled down and began dating Panterra for a while. While it’s unclear when Lexy and Brooklyn broke up, they reunited in September, after calling it quits at some point. In August, he was linked to Alex Lee Aillón, whom he was “casually dating,” according to US Weekly.

By December of that year, he was smitten over Hana and they made things red carpet official, after stepping out at the 2018 Fashion Awards. The two had since been together… until recently.

Only time will tell if Brooklyn and Lexy are ready to take things to the next level. But as of right now, they seem to be having fun.