‘A whopper of a bill!’ California man is left stunned after being charged $1,100 for a BURGER KING meal while trying to take advantage of the chain’s 1¢ Whopper deal

A California man got just about the opposite of a value meal when he purchased a couple of burgers, fries, and drinks at Burger King — and was charged over $1,000.

Boyce Harvey recently visited a franchise in Quartz Hill and tried to take advantage of the chain’s limited-time 1¢ Whopper deal.

After being told that the franchise in question wasn’t participating, he bought $8.99 worth of food instead — and was shocked when he noticed he’d been hit with a $1,093.91 charge on his debit card. 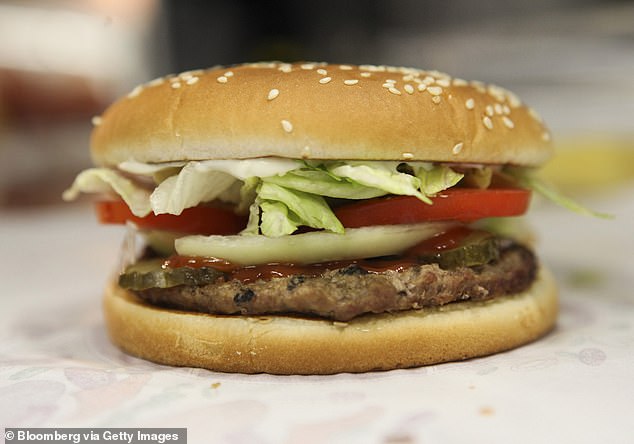 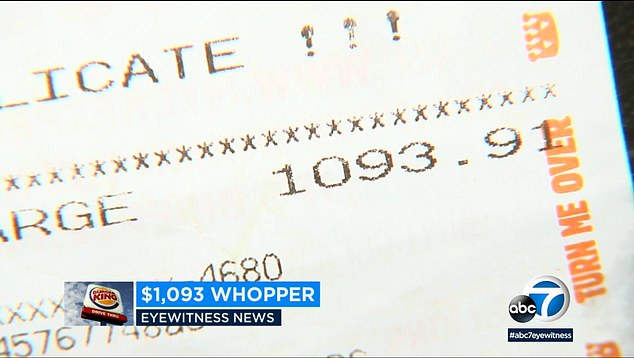 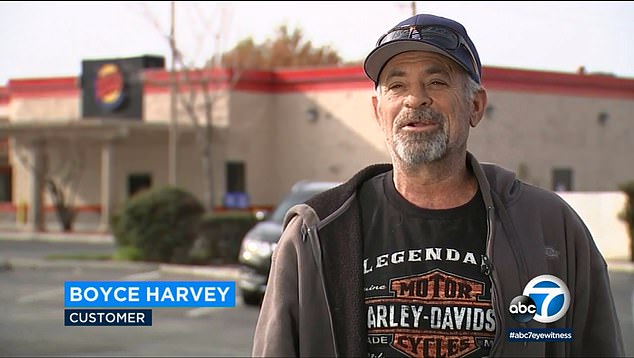 Big mistake! Harvey had been denied the deal and instead bought $8.99 worth of food, which still doesn’t explain the charge

Last week, Burger King announced that for a limited time, customers could get a Whooper for just 1¢ — as long as they order it on the app while within a short distance of a McDonald’s.

The promotion, which ends today, caused a surge of app downloads, though at least one customer doesn’t seem quite happy with it.

Harvey ordered a 1¢ Whooper on the app, but when he arrived to pick it up at Burger King, the manager denied him.

‘First he said it didn’t come through, and then he said that he wasn’t sure that they were even a part of the promo,’ he told KABC.

Still wanting some food, Harvey gave up on that promo and instead ordered a couple of burgers, fries, and drinks for $8.99, paying with his debit card. 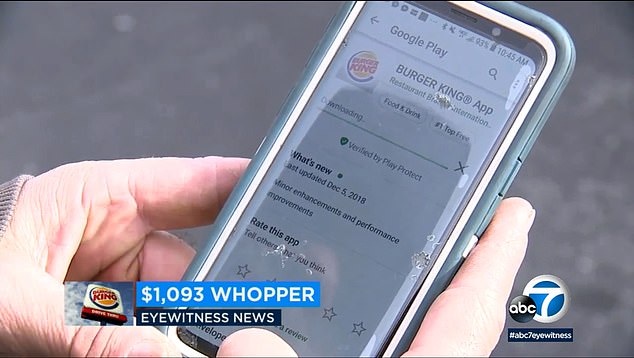 Deal: Burger King is selling the 1¢ Whoppers to people who order on the app near a McDonald’s 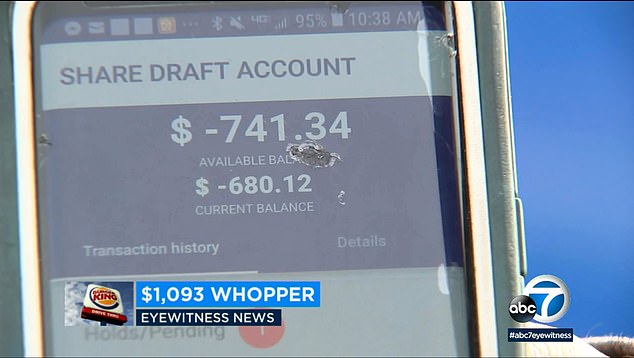 Yikes! Harvey had big overdraft on his bank account because of the charge

Hence the name: One Twitter user joked that Harvey got a ‘Whopper of a bill’

It’s him! Another accused Ronald McDonald of making mischief

While the outrageous charge would have been bad enough, Harvey also didn’t have enough money in his bank account to cover the charge, so he had a huge overdraft.

According to KABC, Burger King is trying to rectify the situation.

A spokesperson told Today: ‘We can confirm that the case concerning this guest is related to an isolated technical issue, and we’re taking this very seriously. We’ve been in direct contact with the guest to ensure a full refund is issued immediately.’