Royal fans are absolutely obsessed with Kate Middleton andMeghan Markle. These two young, glamorous women both married princes and nowthey’re livingthe good life in London, making royal appearances, wearing fabulous clothes,and attracting all the attention. But not everything is as perfect as it seems.

We know this partially because the Duchess of Sussex recentlywent public with her true feelings about living in the spotlight as part ofthe royal family. Despite her massive popularity, Markle is lonely and isolated.She’s also very affected by all the negative comments from the press.

There have been so many discussions about Remembrance Day, a formal Commonwealth holiday when citizens unite to honor members of the armed services who died in the line of duty. One thing so many royal followers noticed was the extreme difference between how the Duchess of Cornwall, the Duchess of Cambridge, and the Duchess of Sussex were treated at the event. 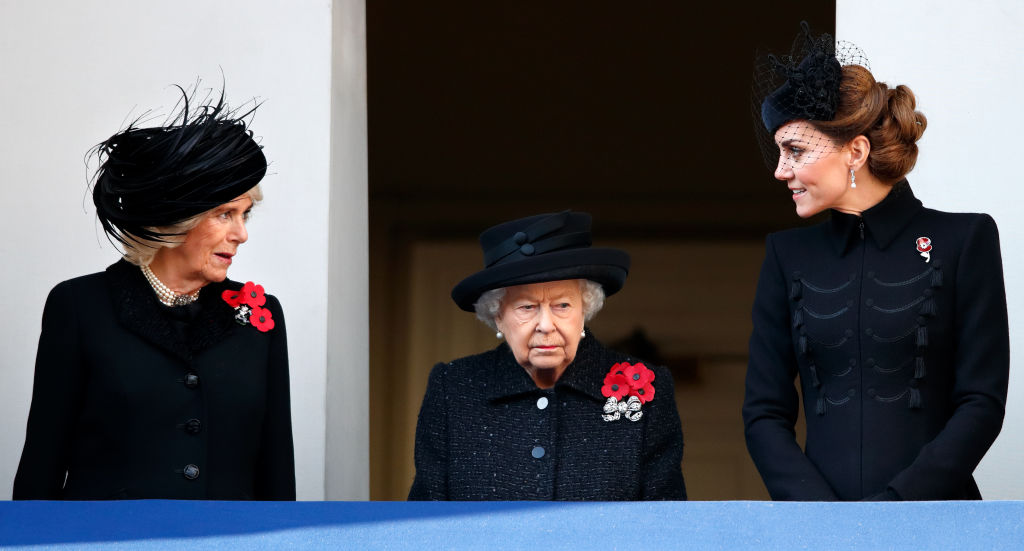 Plenty of royal followers tuned in to watch coverage of RemembranceDay, a solemn and important holiday for the royal family. And they immediatelynoticed one important detail that left them a bit confused.

During the ceremony, Queen Elizabeth, Camilla, Duchess ofCornwall, and Kate Middleton all stood together on one balcony. Meanwhile, MeghanMarkle stood on a separate balcony along with Sophie, Countess of Wessex and SirTimothy Laurence, Princess Anne’s husband.

Fans couldn’t help but wonder — was Meghan Markle being punished for her recent comments, or was there some other reason she stood so far from the other women?

The Duke and Duchess of Sussex joined hundreds of veterans and their families at the 91st Field of Remembrance at Westminster Abbey, to honour and remember those who lost their lives in service of their country. Their Royal Highnesses each planted a Cross of Remembrance, paying respect to those who have served in our Armed Forces. They were then honoured to spend time meeting with veterans and family members from all areas of the Armed forces – from those who have served in past campaigns to more recent conflicts. This is the seventh time The Duke has attended the Field of Remembrance – having previously accompanied The Duke of Edinburgh for several years. The Duchess of Sussex was grateful to be able to join her husband on this important day and to personally recognise those who have served. #remembrance #lestweforget

Anyone who’s been following the royal family for a while probably noticed that they always stand or sit in a very specific order. Typically, the highest-ranking family member — in this case, Her Majesty Queen Elizabeth —stands front and center. Those positioned closest to her are always closest to the throne.

In the powerful images from Remembrance Day, we can see the two future queens flanking the current monarch. Meghan Markle may be important to the royal family. But since Prince Harry is seventh in line to the throne, she’ll probably never be the queen.

“She [Markle] was not as prominentperhaps as some people might have expected, but there’s a pecking order,” JoeLittle, managing editor of Majesty magazine, explainedto People. “There was no slight intended, but William being the older, moresenior brother would go out [first] with his wife.”

‘When you go Home, tell them of us and say, For your Tomorrow, we gave our Today.' Members of the Royal Family joined faith leaders, political leaders, veterans and serving members of the Armed Forces who gathered at the Cenotaph on Whitehall this morning to remember those who have lost their lives in conflict. The word cenotaph means ‘empty tomb’ and it symbolises the unprecedented losses suffered during the First World War. The Cenotaph was unveiled by King George V on 11 November 1920 at the same ceremony which saw the Unknown Warrior laid to rest. Initially intended as a temporary structure, the Cenotaph was made permanent after the British people, still grieving for the huge losses of the First World War, took the monument to their hearts. ? Press Association

There are no hard feelings between the royal women

While it may have looked like Meghan Markle was shunned to aseparate balcony during Remembrance Day ceremonies, the reality is that eachbalcony of the Cenotaph war memorial in Londononly had space for two or three people. It didn’t make logical sense to crowdMeghan Markle into the same area.

The Duchess of Sussex didn’t standwith the queen and Kate Middleton last year, either. That alone is proof thather separateness is not a punishment or proof of a feud — instead, it’s justhow the royal family does things.