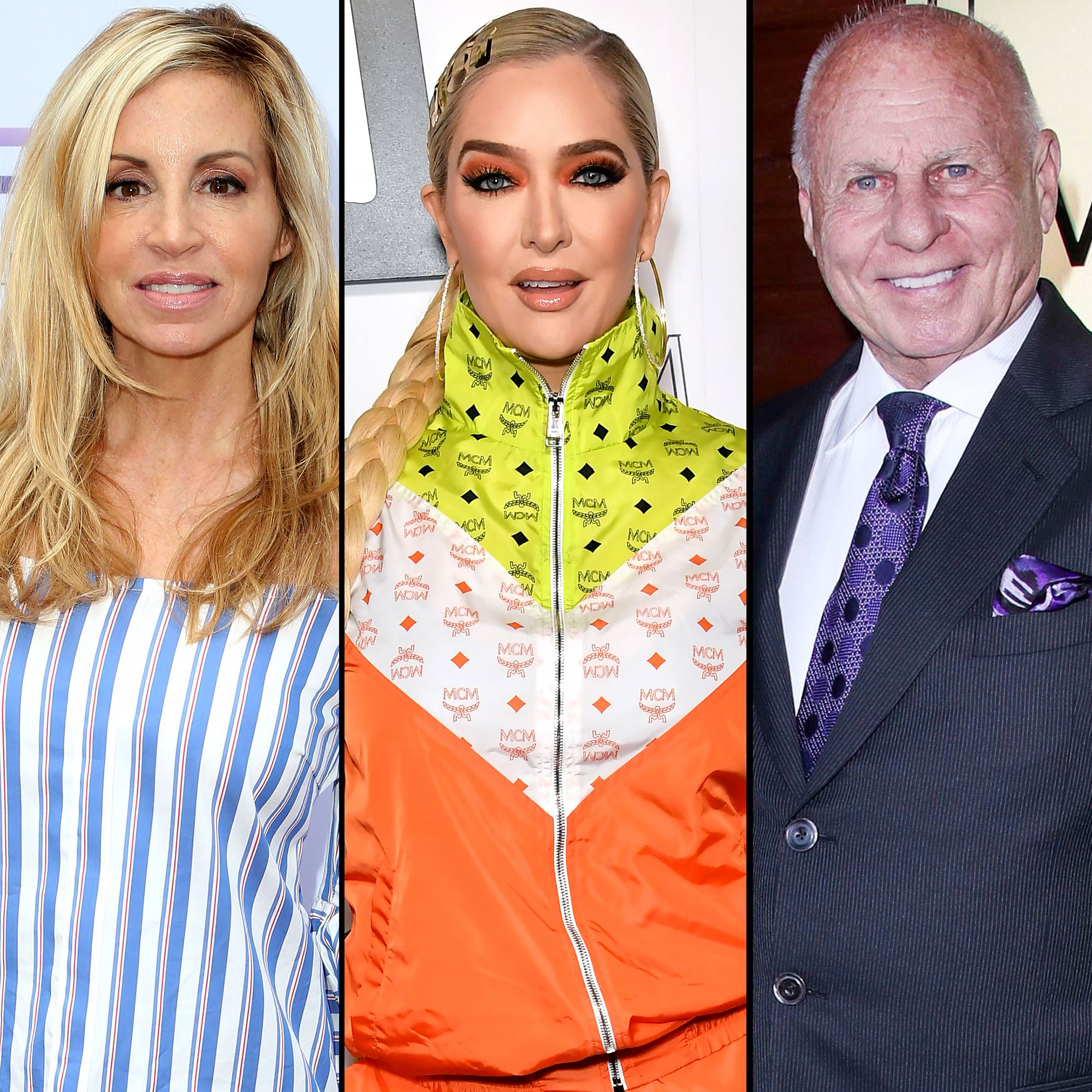 A well-kept secret? After a fan asked Camille Grammer whether she knew anything about Erika Jayne and Tom Girardi before they appeared on The Real Housewives of Beverly Hills, she claimed that she heard rumors in the past.

“Yes. One of the housewives mentioned it at Andy [Cohen]’s baby shower,” Grammer, 53, recently tweeted about the 2019 event.

In November 2020, one month after Erika, 50, filed for divorce from Tom, 82, the estranged couple were accused of stealing settlement funds intended for the families of victims killed in a 2018 plane crash.

During season 11 of RHOBH, the singer has continued to deny that she had any knowledge about her husband’s legal issues.

Grammer’s comment comes after Bethenny Frankel recently revealed that she was also warned about Erika and Tom beforehand.

“My experience is — especially with the Housewives, but really, everywhere as well — if someone’s flaunting their money, they don’t really have it,” Frankel, 50, said on her “Just B With Bethenny Frankel” podcast on Thursday, September 16. “Particularly on Beverly Hills, there have been a lot of ‘all show and no go’ girls. The more that they flaunt it and the more that they brag about it, usually there’s something wrong. … Dennis said to me, ‘[Tom] doesn’t have it like that. He owes me money. He owes me half a million dollars. I know this other guy he owes a million and a half dollars. He doesn’t have money. He owes everybody money.’”

The former Real Housewives of New York City star explained that her late ex Dennis Shields told her to be careful when it came to Erika and Tom.

Mention It All! Real Housewives’ Legal Troubles Through the Years

The Skinnygirl founder alleged that the “Pretty Mess” singer’s makeup artist, Kristofer Buckle, Cohen, 53, Lisa Rinna and Kyle Richards were also aware of the claims against Erika and Tom.

The Messiest Bravo Breakups of All Time: Erika and Tom, More

Following Frankel’s claims, Erika’s attorney stated that their client doesn’t know what the RHONY alum is referring to.

“Erika has no knowledge of the alleged loans or the conversations referred to by Ms. Frankel, which even per Ms. Frankel, didn’t involve Erika,” Evan Borge told Us Weekly in a statement on Friday, September 17. “To me, this is another example of people trying to throw dirt on Erika based on alleged conversations (this time, with an individual, Dennis [Shields], who I understand is deceased) where even the perpetrator of the gossip says Erika wasn’t involved.”