Feeling a powerful and unexplainable connection with someone you’ve just met can be an exhilarating and intense experience. Although being extremely attracted to a relative stranger is fairly common, experiencing what could be a deeper connection is much more elusive. So, can you fall in love at first sight? According to NYC-based relationship expert Susan Winter, it’s possible to feel like you’re falling for someone soon after meeting them, but defining it as love might not be wise.

"Yes it’s possible to fall for someone that fast, but it’s not really love," Winter tells Elite Daily. "It’s a strong magnetic attraction, and we assume that anything that powerful must be love." Although it may be tempting to throw caution to the wind and ride off into the sunset with your newfound soulmate, it’s important to understand what’s happening in your brain and body that could be fueling your intense feels.

For some, the rush associated with being near someone you’re falling for manifests itself through a heightened state of mental and physical arousal, and for others, it can be interpreted as the effortless exchange of energy between two people. Needless to say, the nuances of a "love at first sight" encounter can be highly individual. "What we commonly think of as ‘love at first sight’ is feeling very connected to someone, as if you already knew them or you are meant to know them," intimacy and sexuality coach Irene Fehr previously told Elite Daily.

However, it’s also very possible that it could be lust instead of love. "The feeling we’re sensing is chemistry," explains Winter. "It’s the immediate attraction we feel when we first see someone. But keep in mind, humans are highly complex creatures. We are taking cues on a multitude of levels." According to Sasha Aurand, dating and psychology writer and editor-in-chief of Psych N Sex, the science behind initial attraction tells us a lot about the differences between love and lust. Even though locking eyes with a special someone might make you feel like you’ve found "the one", it’s not quite that simple. 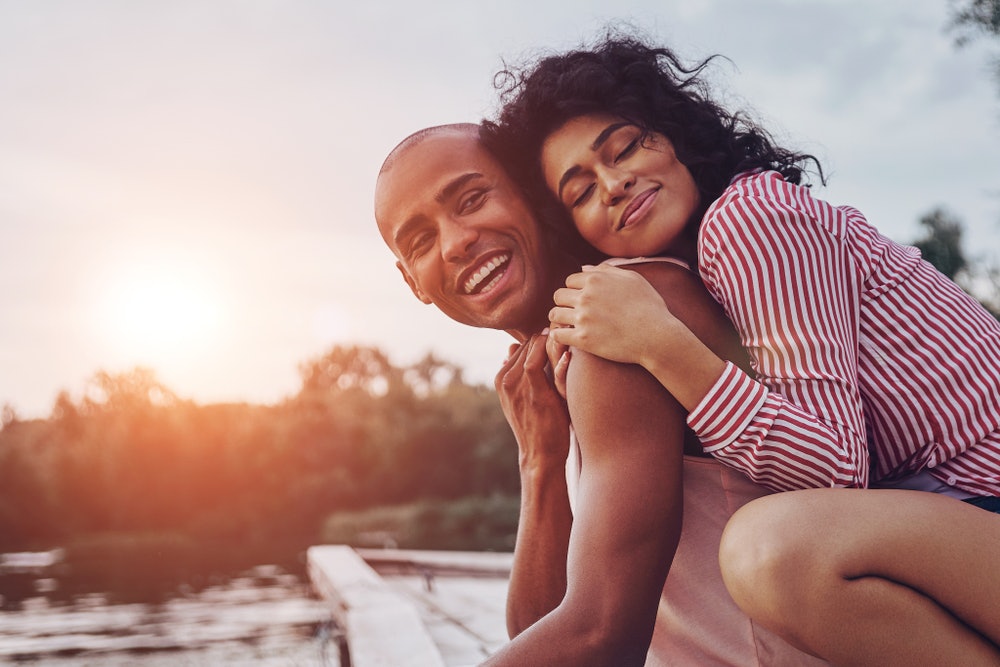 "We look into other’s eyes to determine things like perceived level of trustworthiness and to gauge their emotions, perceived intelligence, and even try to figure out their sexual orientation," Aurand previously told Elite Daily. "All of which can quickly help us to decide if we are compatible with this person. All of this happens before speaking a word to the other person, resulting in a feeling of compatibility that makes us believe we are in love at first sight." A study published in the National Library of Medicine confirmed that humans can look at someone for as brief as 100 milliseconds and decide whether or not they’re a suitable sexual partner.

Once our brains have registered that someone is a viable sexual mate, both parties may begin to exchange what is known as a copulatory gaze, explained Aurand. "[This] gaze is probably the most striking human courting ploy," anthropologist, human behavior researcher, and self-help author Helen E. Fisher previously wrote on Psychology Today. "Men and women often stare intently at potential mates for about two to three seconds during which their pupils may dilate — A sign of extreme interest. The gaze triggers a primitive part of the human brain, calling forth one of two basic emotions — approach or retreat." So, when your lock eyes with a beautiful stranger across a crowded room and you seem drawn to them for no concrete reason, a surprising amount of information has already been exchanged.

Despite the gut-reaction this type of experience can elicit, the truth is it’s mostly base on physical attributes. "We infer all of these things without actually knowing if any of it is true," said Aurand. "We think they’re attractive and similar, so we’re more attracted because they’re attractive and similar — All without actually speaking to the person." And while physical chemistry is a very real and powerful thing in its own right, that doesn’t necessarily translate to love which involves a depth of understanding and acceptance that takes time to build.

"Real love, the deep and potent kind, is a love that grows over time," agrees Winter. "Real love is what comes after the hot, passionate honeymoon phase of a relationship. It’s the totality of knowing a person; The good, the bad, and the ugly." Ultimately, only you can decide if you truly love someone, regardless of how long you’ve known them. That said, understanding the difference between how humans process physical attraction and how a loving bond is cultivated is key to making sound decisions in relationships. More often than not, the only way to know for sure whether an initial spark can develop into love is to give you and your partner space and time to further explore the connection.