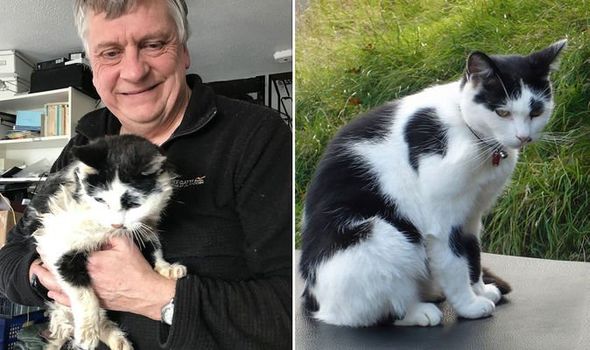 Babsy the black and white moggy was in a sorry state when she was finally rescued after being lost for almost half her life. At 20 years old – around 96 in human terms – she was blind and wobbly on her legs when discovered by the RSPCA only five miles from home. Where Babsy had been and what she had been doing since vanishing remains a mystery, but she was able purr and snuggle up to her shocked owner before time finally caught up with the remarkable runaway.

Babsy was in such a pitiful state when she was rescued that the kindest thing was to ease her suffering.

RSPCA Inspector Gemma Cooper had been alerted about an injured cat in Bridgend but says she was totally shocked when she rescued the animal to find her fitted with a microchip tallying with the details of an owner so she could arrange a reunion.

Babsy had strayed only five mile from her home but somehow had managed to cross the M4 as it passes through South Wales and also survive nearly a decade with all that the harsh seasonal elements thrown in her direction.

Yet when the pretty cat with a distinctive smudge next to her nose was finally reunited with shocked owner Mike Marshall she not only recognised him but gave a gentle purr. 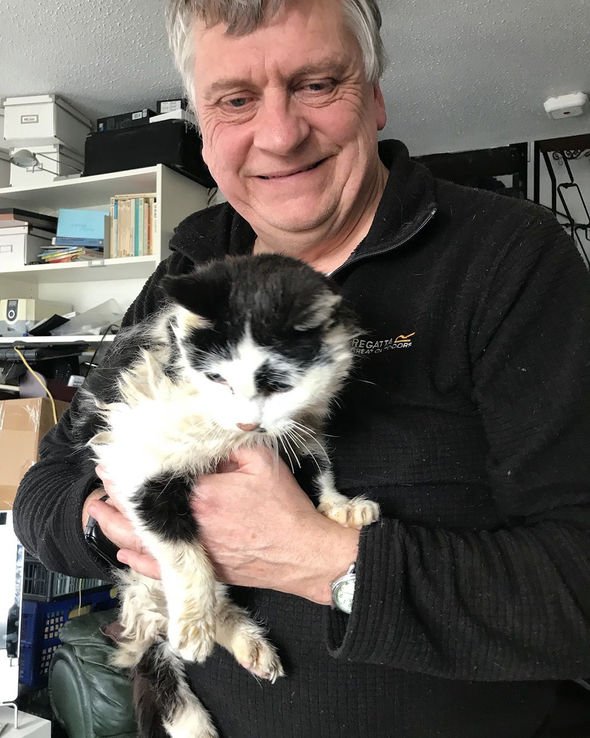 Inspector Cooper today described the “goosebumps” moment she handed Babsy to Mr Marshall after checking out the address details from the microchip.

She said: “Her owner was so shocked. Luckily, he had not moved address or changed his number so we were able to return her straight away. He assumed she would have died years ago.

“When I handed Babsy back to her owner she recognised him instantly and began to purr. It was certainly a goosebump moment.

“He took her straight to the vets as she clearly had problems associated with her age but unfortunately, due to many health issues and her age, it was advised by the vet she was put to sleep.

“It is so very sad, but at least she got to be with her owner one last time and he was there at the end. It is a mystery what she has been doing over the past nine years, but she must have been looked after by someone to reach 20 years old.” 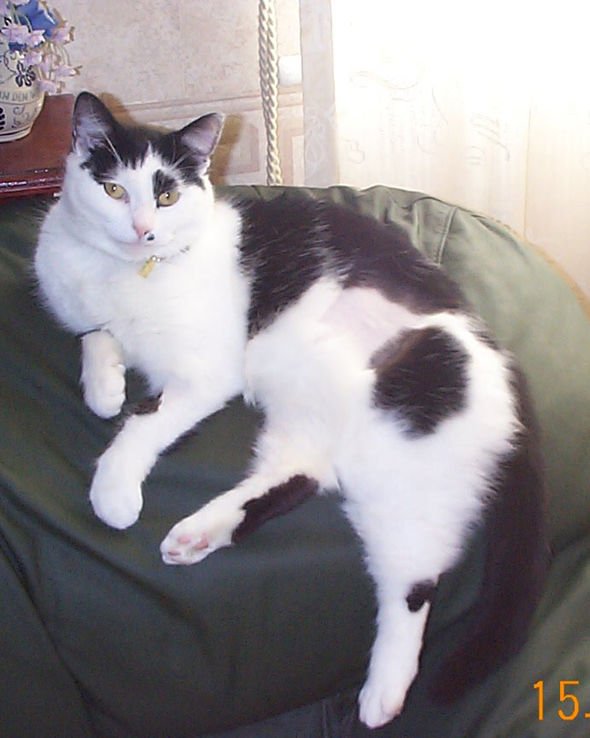 Babsy was born in January 1999 and later rehomed with Mr Marshall in 2003. Unlike dogs, there is no legal requirement to microchip cats but by fitting one of the small devices to a pet and keeping records updated it helps animal welfare organisations reunite lost and stolen animals.

Mr Marshall today spoke of his gratitude at being able to see Babsy come back into his arms one last time.

He said: “I would like to thank the RSPCA inspector for her kindness in returning her back home to me.

“Upon a subsequent visit to the vets, Babsy was discovered to be blind, had severe mobility issues and her overall physical deterioration would have necessitated sedation and anaesthesia before any detailed assessment and treatment could be undertaken.

“It was deemed she would have been unlikely to survive these procedures and undertaking them would have caused her unnecessary distress and suffering.” 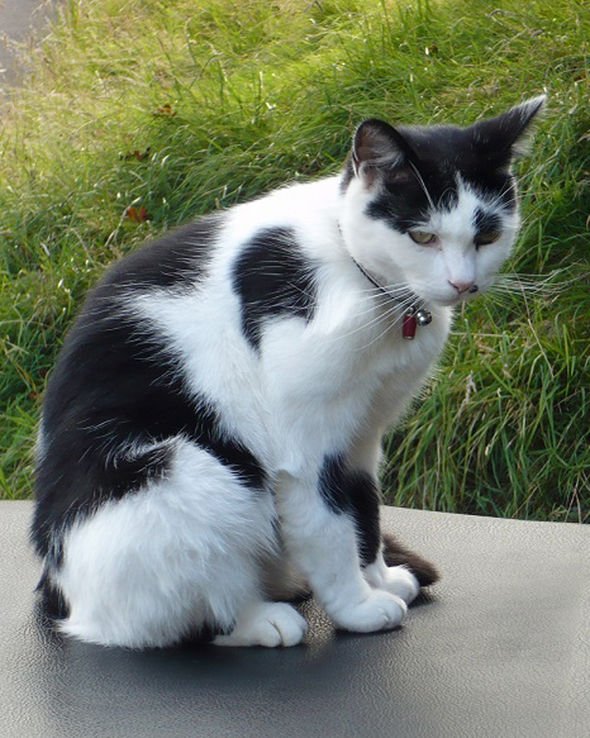 Mr Marshall continued: “Clearly, her 20-year life as a fully active and adventurous cat had run its course and reluctantly it was decided to let her go peacefully. She came home for her last couple of hours, and for that, I will be forever grateful to those who showed their kindness and compassion.”

Mr Marshall appealed for anyone who spots a stray animal to raise the alarm.

He said: “I would also ask for anyone who has concerns for any animal they may suspect of being stray to arrange for them to be scanned for a chip as they may well be someone’s much-missed companion. It’s a little painful to realise that Babsy was so near, yet so far away for all those years.”

More information about microchipping animals can be found at www.rspca.org.uk/allaboutanimals/pets/general/microchipping