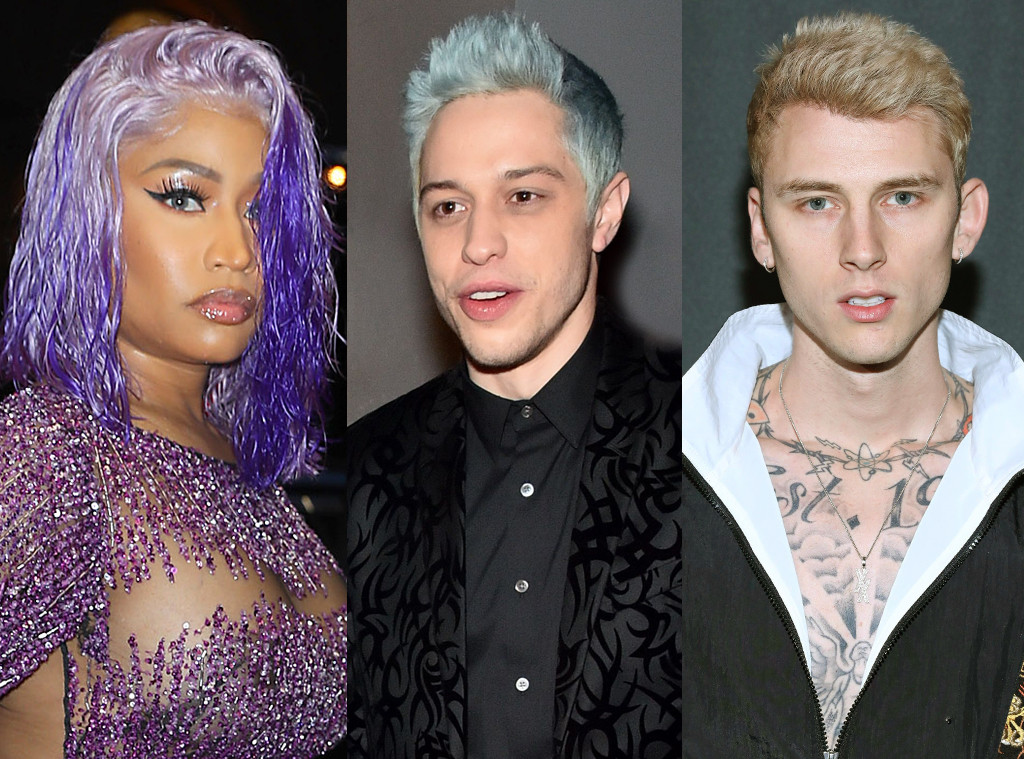 Many celebrities and fans are offering their support and words of encouragement for Pete Davidson after he wrote out a seemingly suicidal message on Instagram on Saturday.

Davidson applauded Kanye West and the rapper’s transparency for talking about mental health amid his Twitter feud with DrakeMoments later, the Saturday Night Live cast member typed a note that caused major worry among his friends and fan base.

“I really don’t want to be on this earth anymore. I’m doing my best to stay here for you but I actually don’t know how much longer I can last. All I’ve ever tried to do was help people. Just remember I told you so,” he wrote moments before deleting his Instagram account.

Nicki Minaj, Jada Pinkett Smith, Machine Gun Kelly, Sophia Bush and others have vocalized their support for the comedian and are encouraging others to do the same.

Empire star Taraji P. Henson commented on Davidson’s post in all caps lock and told him how important he was to her. She wrote, “PETE I LOVE YOU. YOU ARE NEEDED AND YOUR LIFE MATTERS SWEETHEART!!!! I know it is and can be hard but WE NEED YOU BABY!”

Nicki Minaj replied with a number of heart emojis on the post. She then tweeted, “We can be so insensitive. God bless Kanye & Pete. Being flippant about mental illness speaks more about you than them. Stop saying the word love & live it. Love is an action.”

The “Barbie Dreams” rapper continued to retweet messages about mental health and Davidson throughout the afternoon.

Davidson’s ex-fiancée Ariana Grandeshowed her support for him and made it seem like she was at 30 Rockefeller Plaza, which is SNL’s filming location. “All I want everyone to be healthy and happy. So desperately. Please. My god…I’m downstairs and I’m not going anywhere if you need anyone or anything,” she wrote in what is now a deleted tweet. “I know u have everyone u need and that’s not me, but I’m here too.”

The comedian’s friend Machine Gun Kelly urgently tweeted about it, too. “im in the plane now on the way to see Pete,” he wrote. “gonna make sure he’s good, i promise. can’t have my boy in the darkness like that.”

Jada Pinkett Smith echoed Henson’s message to Davidson. “Pete Davidson … hang in there. There is a lot of help out here,” she typed on Twitter. “Surrender to some love some where around you … today! Right now! And then … let in the help that will become available. I’m praying for you Pete. I’ve been there. It gets better.”

Sophia Bush was another big name to write about Davidson’s message on social media. “Point being. Pete Davidson has been very open about his mental health. And b/c a relationship didn’t work out, tens of thousands of people he doesn’t know are telling him to kill himself,” she wrote alongside a screenshot of his Instagram note. “Words have real consequences. And the people who bullied him into posting this? Shame.”

Meghan McCain urged her followers to “be kinder to each other.”

Shawn Mendes then promoted love and told everyone to “be aggressive with love.” He tweeted, “Love your people! Tell the people you love you REALLY love them. Do it. It’s impossible to be too kind or too loving.”

Many celebrities and other Twitter users were retweeting and replied to Dr. Eugene Gu, who is a well-known physician. “No matter what we think of celebrities or public figures, Pete Davidson is a human being who deserves to live,” he opined in Twitter. “he thousands of hurtful comments to him are shameful and inhumane. Please know Pete, that you are loved by millions. Most of all, your family loves you unconditionally.”

Jon Cryer informed Twitter that he heard Davidson “is at SNL and accounted for.”

Just a few weeks ago, Davidson penned another Instagram note about how he was bullied for months and months. “I’m trying to understand how when something happens to a guy the whole entire world just trashes him without any facts of frame of reference,” he said in part of his note on Dec. 3. ” Especially in today’s climate where everyone loves to be offended and upset it truly is mind boggling. I’ve been getting online bullied and in public by people for 9 months.”

He continued, “I’ve spoken about BPD and being suicidal publicly only in the hopes that it will help bring awareness and help kids like myself who don’t want to be on this earth.”

Davidson’s message was a blatant shout out to his haters and his refusal to let them emerge victorious over him. “I just want you guys to know. No matter how hard the internet or anyone tries to make me kill myself. I won’t. I’m upset I even have to say this. To all those holding me down and seeing this for what it is – I see you and I love you,” he wrote.