A new TikTok trend has swept the platform, leaving even the muscliest men baffled.

Videos in the trend show women and men performing the same action, with the men struggling to complete it due to their different centre of gravity.

The challenge starts with a man and a woman side by side on all fours.

Keeping their knees on the ground, each person then clasps their hands behind their back. They have to stay with their legs and back at a 90 degree angle.

Most of the videos as part of the trend end in the woman being able to keep the challenge, and the man ending up struggling to stay up.

One man face-planted the floor so badly trying the challenge that his partner joked she was ‘certain [her] husband has a concussion’.

‘Apparently men have a different center of gravity that prevents them from doing this’, she captioned her video. 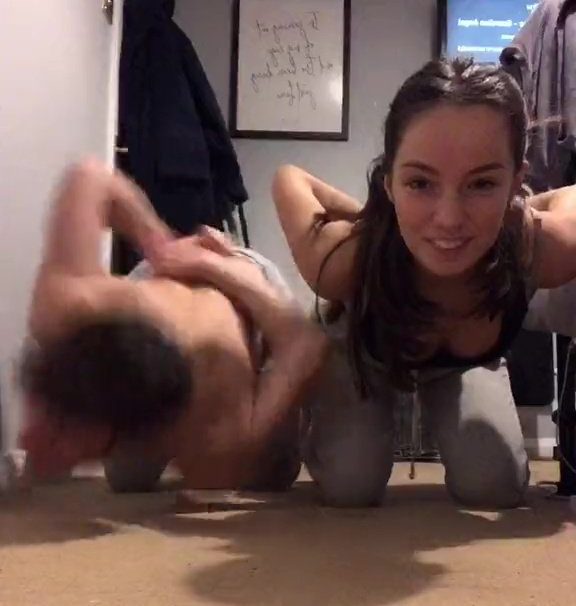 Comments poured in from people who’d tried it, with one saying: ‘I just did this with my wife, pretty sure my jaw is broken now.’

‘Disappointed, my husband had no issues with his centre of gravity’, another said.

The theory goes that, because men typically have longer or larger bodies, their centre of gravity doesn’t allow for them to make the move.

A study published by the Theoretical Biology and Medical Modelling, stated: ‘On average women commonly have an 8 to 15% lower longitudinal center of gravity (COG or center of mass relative to height) than men.

‘This anatomic differentiation has been speculated to have arisen evolutionarily during the development of bipedal locomotion as a means to provide better stability in females during pregnancy and infant carriage.’

If you’re planning on trying it, we’d like to advise you to use a cushion or other soft surface for practice. It’s definitely not worth breaking for face for a TikTok challenge.