Grace Kelly’s granddaughter Charlotte Casiraghi and fiancé Dimitri Rassam split because their personalities are fundamentally ‘incompatible’, it is claimed.

Now details of the relationship breakdown have started to come to light, with a source close to the couple telling Hola! that a ‘personality incompatibility’ led to an irreconcilable ‘rift’. 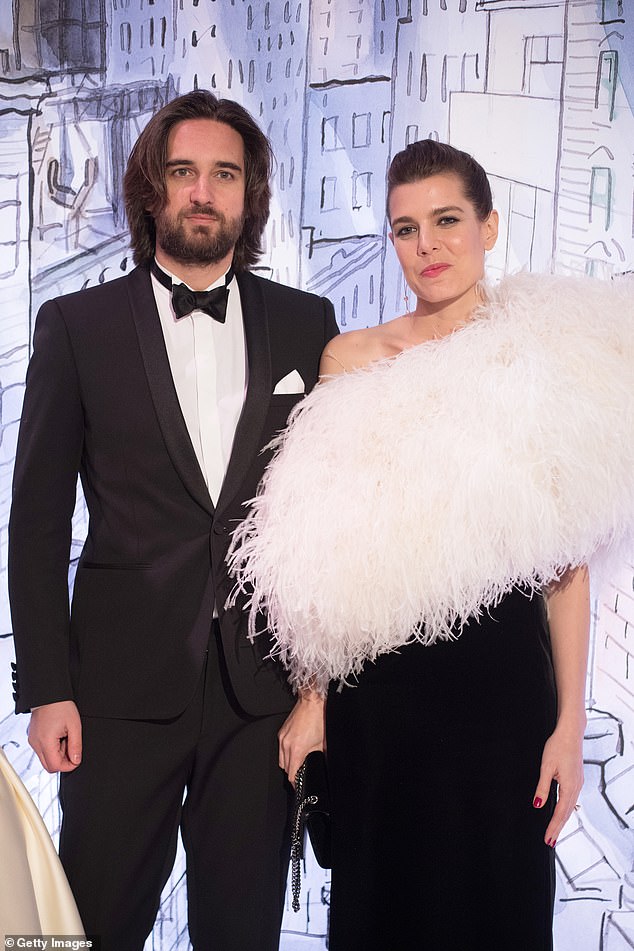 Reason for the split? Grace Kelly’s granddaughter Charlotte Casiraghi and fiancé Dimitri Rassam split because their personalities are ‘incompatible’, a source claimed. Pictured, the couple at the Rose Ball in Monte-Carlo in March 2018, their first official event together

The source added: ‘They both have very strong characters and after the birth of the child, they’ve realised that the relationship just isn’t working.’

MailOnline has contacted Palais Princier De Monaco for a comment.

Charlotte, a mother of two, reportedly met Dimitri in Paris shortly after the end of her relationship with Italian filmmaker Lamberto Sanfelice.

When they met, Dimitri already had a daughter, now six, with his ex-wife, Russian model Masha Novoselova, whom he divorced in 2016. 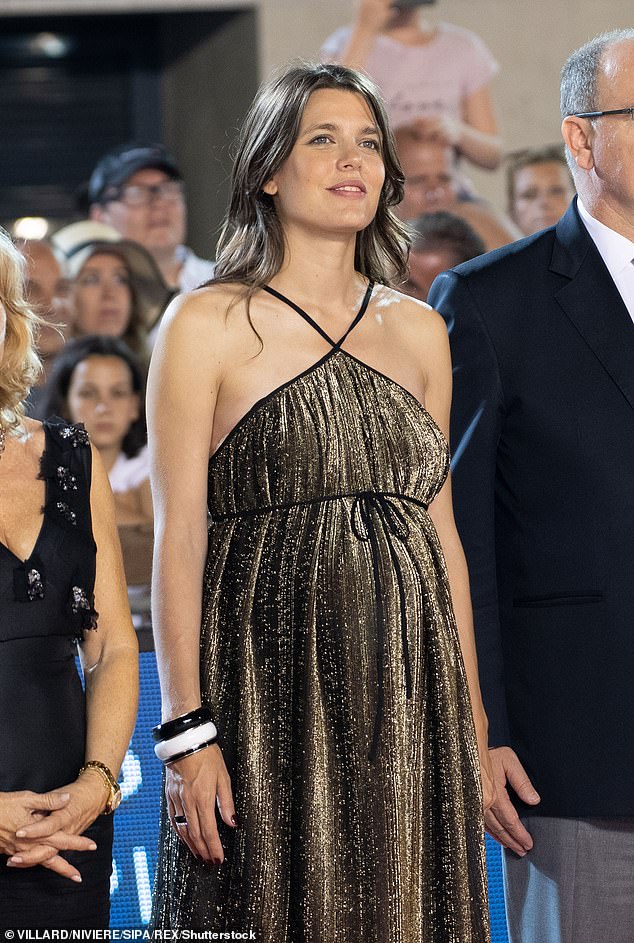 New family: Charlotte and film producer Dimitri have split months after the birth of their first child, a baby boy. Pictured, Charlotte while pregnant with their son in July 2018

Hola! reported the couple were engaged in early March before they confirmed the speculation with a glittering appearance at the Rose Ball – their first official event as a couple.

According to People, Charlotte and Dimitri then welcomed a baby boy weighing 7lbs 2oz on October 23 at the Princess Grace Hospital, named after Charlotte’s late maternal grandmother.

According to the magazine, the couple named their son Balthazar.

As the couple never married the baby will not join the Monegasque line of succession despite his mother being eleventh in line to the throne. 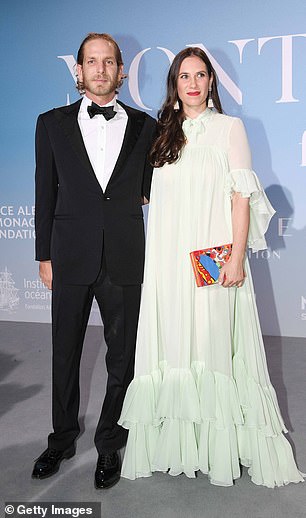 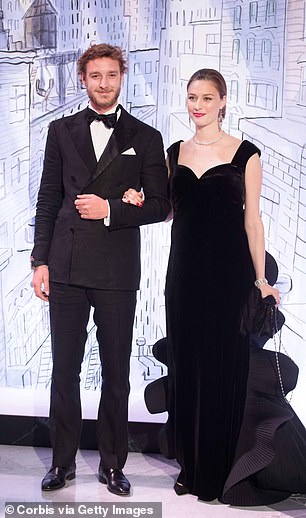 The baby was the third new arrival for the Monaco royals in 2018. Andrea Casiraghi and Tatiana Santo (left) welcomed their third child Max Rainier in April and just one month later Beatrice Borromeo and her partner Pierre Casiraghi (right) welcomed their second child

Charlotte’s son Raphael is also not part of the line of succession for the same reason.

The arrival made Charlotte’s mother Princess Caroline a grandmother for the seventh time, and the baby boy was the third new arrival for the Monaco royals in 2018.

Who are Charlotte Casiraghi and Dimitri Rassam?

Charlotte Casiraghi is the second child of Princess Caroline of Hanover and the late Italian businessman Stefano Casiraghi, who died in 1990.

She is eleventh in line to the Monegasque throne. Her grandmother was Princess Grace of Monaco and her uncle, Prince Albert II, is the current monarch.

Charlotte, 32, has a five-year-old son, Raphaël, with Moroccan-French stand-up comedian Gad Elmaleh, whom she dated from 2011 to 2015. She went on to date Italian filmmaker Lamberto Sanfelice, before splitting in 2016. 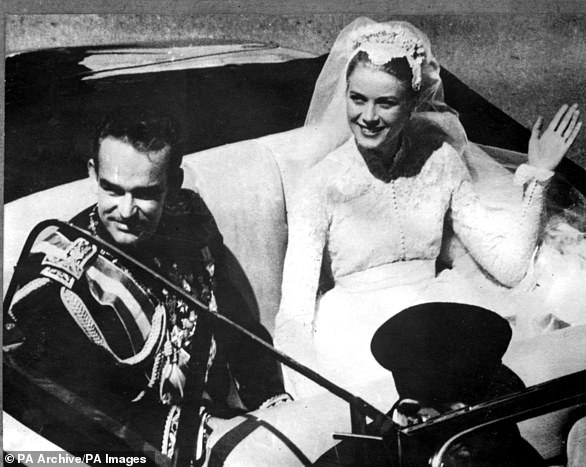 Charlotte Casiraghi is the second child of Princess Caroline of Hanover, the daughter of Grace Kelly (pictured at her wedding to Prince Rainer of Monaco in April 1956)

Dimitri is the son of actress Carole Bouquet, a friend of Charlotte’s mother, Princess Caroline of Hanover, and French Jean-Pierre Rassam, a French Lebanese film producer.

Jean-Pierre died from a drug overdose when Dimitri was just four years old.

Dimitri has a six-year-old daughter with his ex-wife, Russian model Masha Novoselova, whom he divorced in 2016.

According to reports in Hola!, Dimitri and Charlotte first met in Paris before spending time together in her country residence in Barbizon, an hour outside the French capital.

The couple choose to keep a low-profile, although they did both attend the civil marriage ceremony of Charlotte’s step-brother, Prince Christian of Hanover, and his wife, Alessandra de Osma, in London in November 2017.

News of Charlotte and Dimitri’s engagement was first reported by Hola! in March 2018. The couple made their formal debut at the Rose Ball in Monte Carlo that same month.