Earlier this week, Cheer star Jerry Harris was under FBI Investigation for allegedly soliciting sex from minors. Now, the 21-year-old is under arrest. 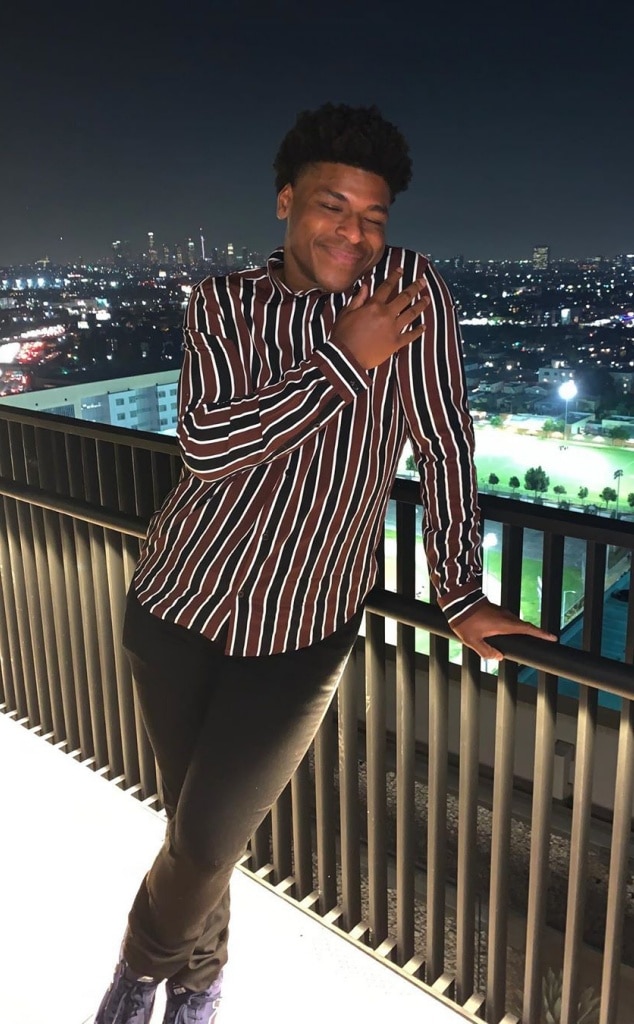 Jerry Harris was arrested on Sept. 17 on a federal child pornography charge for allegedly enticing an underage boy to produce sexually explicit videos and photos of himself.

According to a press release from the United States Attorney for the Northern District of Illinois, the Cheer star contacted an underage boy on a social media application and "repeatedly enticed him to produce sexually explicit videos and photographs of himself."

Officials stated that the minor victim informed Jerry during their initial online encounter that he was 13 years old.

E! News has reached out to Jerry's team for comment and has not heard back. He is scheduled to make his first court appearance at 2 p.m. in Chicago on Sept. 17.

In a statement to E! News, the alleged victim's attorneys praised investigators for their quick action.

"We are grateful that the U.S. Attorney and the FBI have taken swift action to protect children by investigating, arresting and charging Jerry Harris," Morgan Stewart and Sarah Klein of Manly, Stewart & Finaldi told E! News. "This was made possible because our clients' mother had the courage to report Harris to the FBI as well as the Fort Worth Police Department and provided evidentiary proof of the manipulation, sexual harassment, abuse, and exploitation that her sons had suffered."

The arrest comes just days after USA Today reported that the famous cheerleader was being investigated by the FBI. According to the publication, who cited multiple sources, authorities were looking into allegations that the 21-year-old solicited sexually explicit photos and sex from minors.

In response to the report, a spokesperson for Jerry told E! News, "We categorically dispute the claims made against Jerry Harris, which are alleged to have occurred when he was a teenager. We are confident that when the investigation is completed, the true facts will be revealed."

The complaint later stated that the Cheer star admitted, during a voluntary interview with law enforcement on Sept. 14, to asking one of the alleged victims to take explicit photographs and videos through Snapchat, knowing the minor was 13. Jerry also admitted to engaging in ongoing Snapchat conversations with the individual beginning in Dec. 2018 and continuing through March 2020.

"There is probable cause to believe that Jerry Harris knowingly employed, used, persuaded, induced, enticed and coerced a minor to engage in sexually explicit conduct," the criminal complaint stated.

Fans first met Jerry when he appeared on Netflix's hit show, Cheer. The docuseries followed a group of Navarro College cheerleaders in their quest for a national title.

Thanks to the show and his positive mat talks, Jerry developed a large fan base with more than 1.2 million Instagram followers. Since the accusations made news, however, the reality star has been facing consequences including the loss of a partnership deal.

"As soon as we learned about these allegations, we immediately suspended our relationship and removed all related content from our advertising," a spokesperson for General Mills told E! News on Sept. 14.