The young jockey who was two days from quitting the stable, riding the winner of the amateurs’ Gold Cup on her first Cheltenham mount. 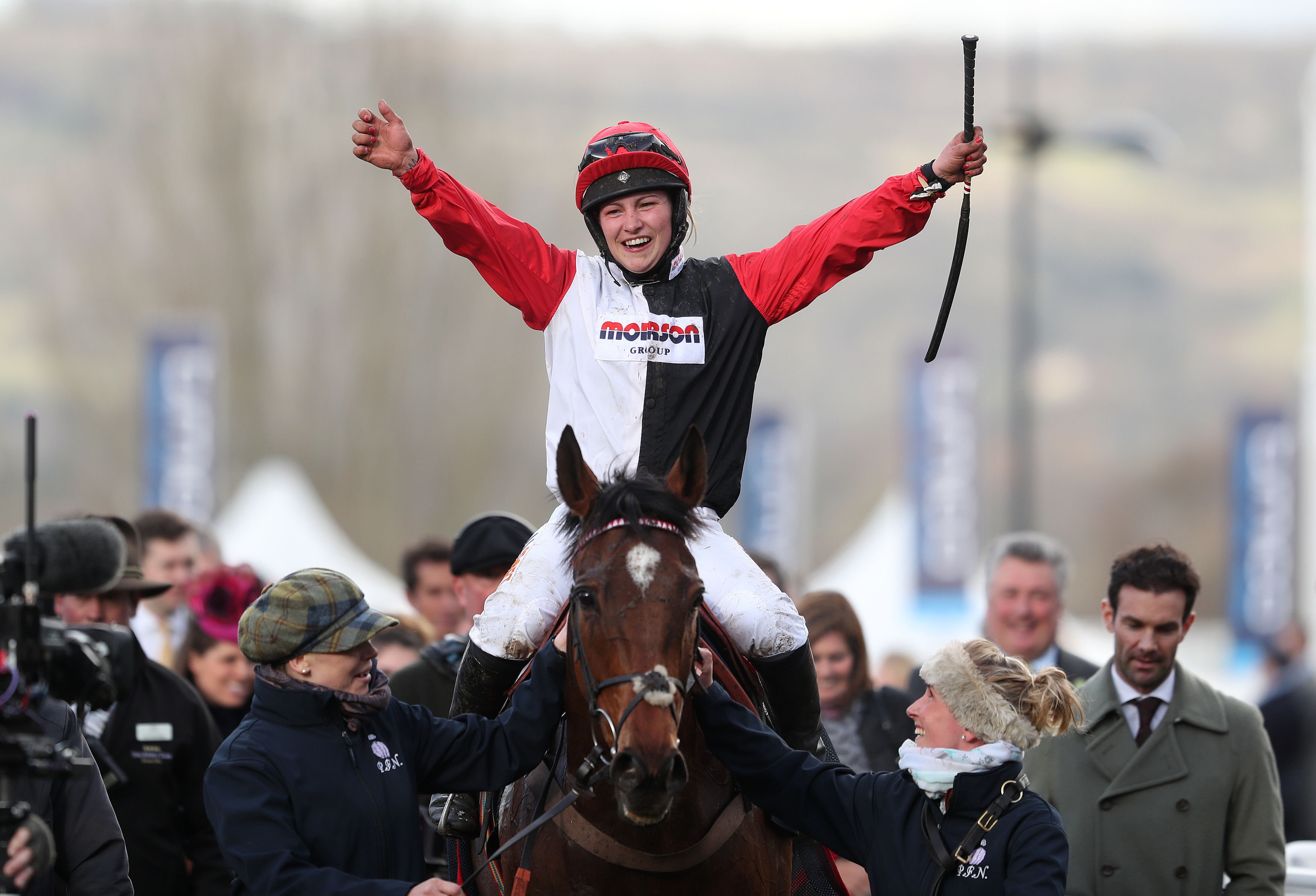 A heartwarming tale in itself. Yet that’s just part of it. This was a win way beyond a triumph in the Foxhunters.

When Harriet Tucker booted 25-1 shot Pacha Du Polder into the last, her shoulder popped out of its socket, meaning she had to ride a frantic finish with no use of her right arm.

Oh, and just for good measure, Pacha – who had won the race 12 months earlier – had been written off beforehand as the soft ground had supposedly scuppered his chances.

Unbelievable enough? Well there’s even more. When Tucker finally had the injury assessed, she was told one fall could cost her use of her arm permanently.

Even now there is almost a breathlessness as she recalls the greatest day of her life – and the subsequent medical verdict which left her in tears.

Tucker admitted: “Before the Festival last year Pacha had run at Doncaster and not really been himself. You’re thinking then ‘maybe his time has come’.

“Paul Nicholls told me to just go round and enjoy myself and I let him do just that. He took every fence as it came and as we got to the fourth last, I started pushing him along.

“At the second last I started hitting him and of course my shoulder dislocated at the last but I kept going.

“Then I was thinking I was going to be placed, but he bunny-hopped the last and that’s when I thought ‘I’m going to win!’

“I was screaming ‘come on Pacha,’ trying to smack him down the neck but, with my shoulder as bad as it was, it was hard.

“I tried to push the shoulder back in and could feel the ball rolling around, which wasn’t a nice feeling.

“It wasn’t the tidiest finish ever, but I was buzzing so much at winning that I didn’t really feel any pain after the race.

“It was only when I got back on a horse the next day that it started hurting and I thought ‘okay, you’re going to have to get this looked at.’” 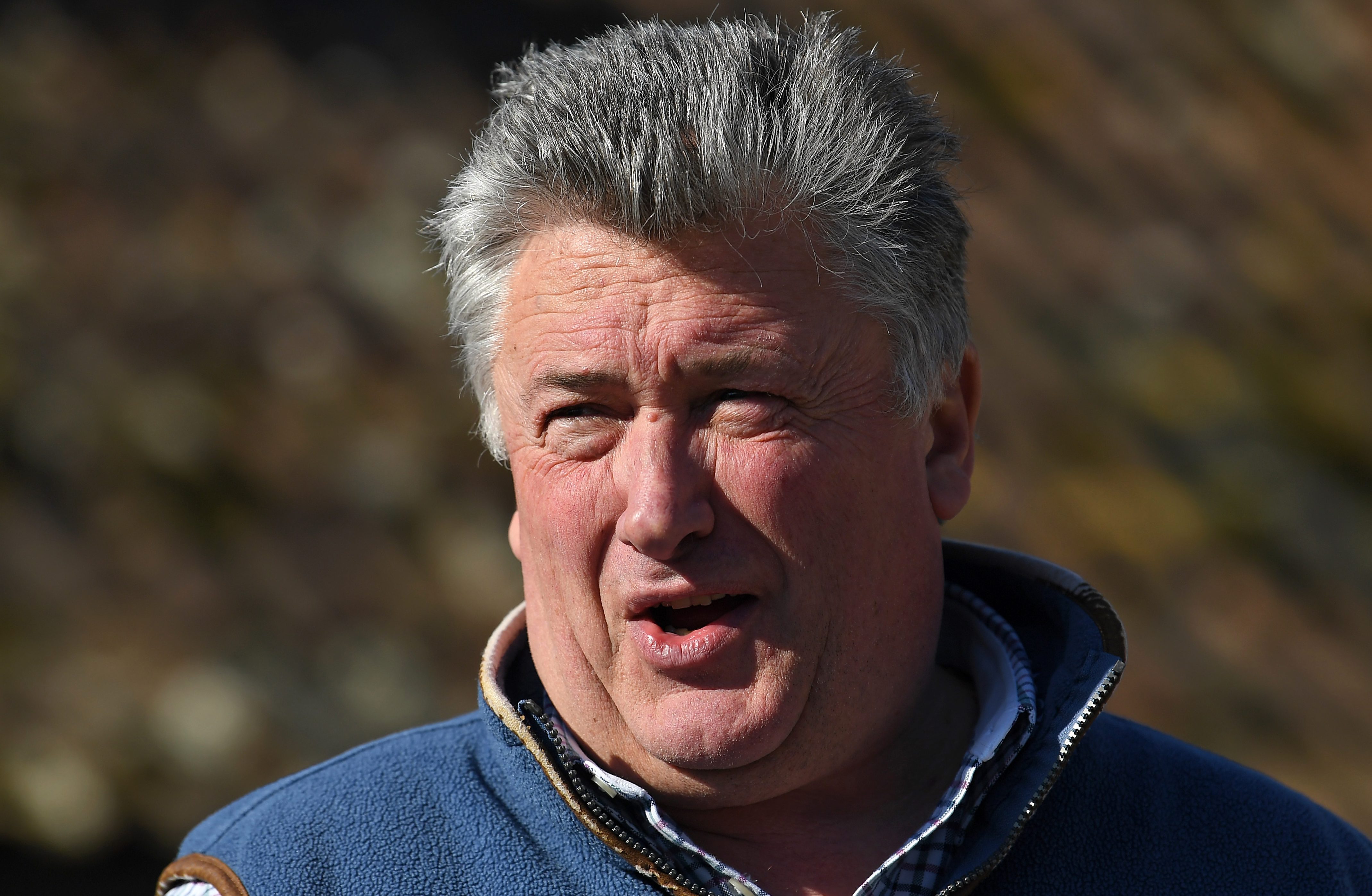 Tucker had initially suffered the injury in a point-to-point fall two years earlier.

She shrugged off the shoulder problem as “no more than bruising” and carried on.

It was a lot more than that, as she discovered with horror when she got to see a specialist.

The assessment sent her world crashing. She was told that one more fall could mean curtains.

Harriet revealed: “The first person I saw told me my shoulder looked like I had been on a motorcycle which had driven into a lamppost.

“He didn’t know if an operation would work. They kept telling me this or that could happen but I just told them ‘I want to ride again.’

“One of the physios at Oaksey House, told me if I’d had another fall on that shoulder and stretched the ligaments more I’d have lost the use of it. She told me I was absolutely nuts.”

It was only when she saw another doctor that there was light at the end of the tunnel.

She added: “My second doctor said he’d done the same ops on a lot of rugby players and they had played on for another eight to ten years. I thought if they could handle a 19st rugby player running at them afterwards, I’d be fine to ride again.

“Even so, I was just blubbering like mad at the thought I might not be able to – I just cried and cried.”

That operation finally took place in June. Yet it was five months before she could ride out again.

While a point-to-point at Larkhill, Salisbury, in January is a world away from that memorable Foxhunters win, for Tucker joy at Monsieur Gibraltar’s triumph was no less.

She added: “There was so much pressure. I really wanted to be back for Cheltenham and knew everyone was watching.

“After everything I’d gone through, wondering whether the op would work or not, to it was amazing and when the shoulder didn’t hurt afterwards, it was a case of ‘roll on Cheltenham!’”

Now Tucker cannot wait to get back on the 12-year-old, who blew away the cobwebs with his return at Haydock last month.

And this year there is no last minute scramble for the jockey to qualify for the Foxhunters.

She said: “I managed it in the February, by the skin of my teeth. The Foxhunters was only my second ride under rules, my first at Cheltenham – and he won.”

Now thoughts turn to a possible hat-trick for Pacha, and a double for Tucker.

Harriet insisted: “Hopefully he’ll go with a good chance again – and this time I will have two working arms!”