However, most white people have been “oblivious” to racial inequalities, according to Cathy. He made the comments during a conversation about racism at Atlanta’s Passion City Church with Pastor Louie Giglio and Christian rapper Lecrae.

“It has to hurt us. As Caucasians, until we’re willing to pick up the baton and fight for our black African American brothers and sisters – which they are as one human race,” Cathy said. “We’re shameful. We’re just adding to it. Our silence is so huge this time. We cannot be silent. Someone has to fight. God has blessed our city and it’s shameful how we’ve let things get so out of whack.”

Protests over racial injustice and the deaths of black Americans like George Floyd and Breonna Taylor have spread across the country. In Atlanta, a police officer fatally shot Rayshard Brooks outside a Wendy’s restaurant on June 12 even after protests had occurred there. The officer who shot Brooks, Garrett Rolfe, has been fired and charged with murder.

Protesters burned that Wendy’s the next night. Cathy said about a dozen Chick-fil-A restaurants had also been vandalized in protests over the past week, but he wasn’t upset.

“My plea would be for the while people, rather than point fingers at that kind of criminal effort, would be to see the level of frustration and exasperation, and almost the sense of hopelessness that exists among some of those activists within the African American community,” he said. 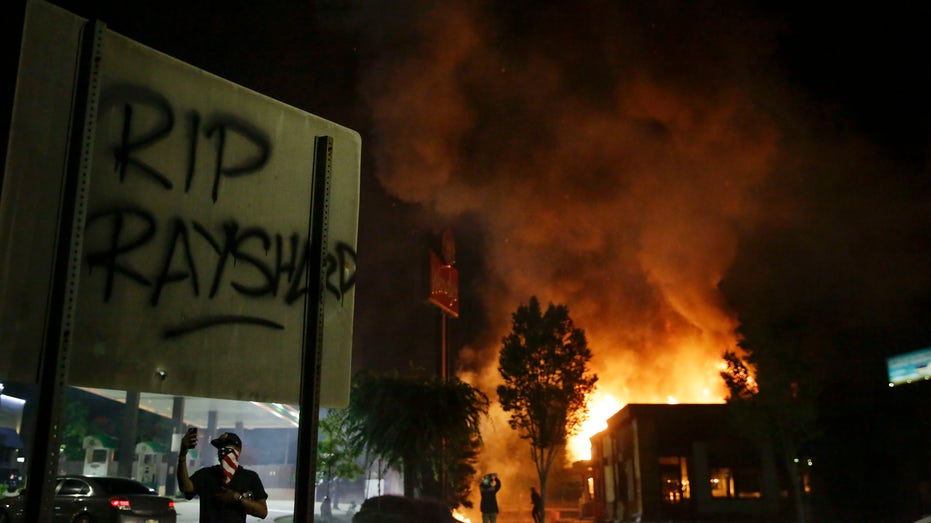 “RIP Rayshard” is spray-painted on a sign as flames engulf a Wendy’s restaurant during protests Saturday, June 13, 2020, in Atlanta. (AP Photo/Brynn Anderson)

Cathy also said it's a time to be thankful for police, saying that a "small minority" was responsible for the "blanket of disappointment."

"They're heartbroken, they're demoralized," he said.

The CEO of the popular fast-food chain with more than 2,500 restaurants and $10 billion in annual sales said it’s necessary to take “personal action.” He made an example by kneeling before Lecrae and shining his shoes, then offering a hug. 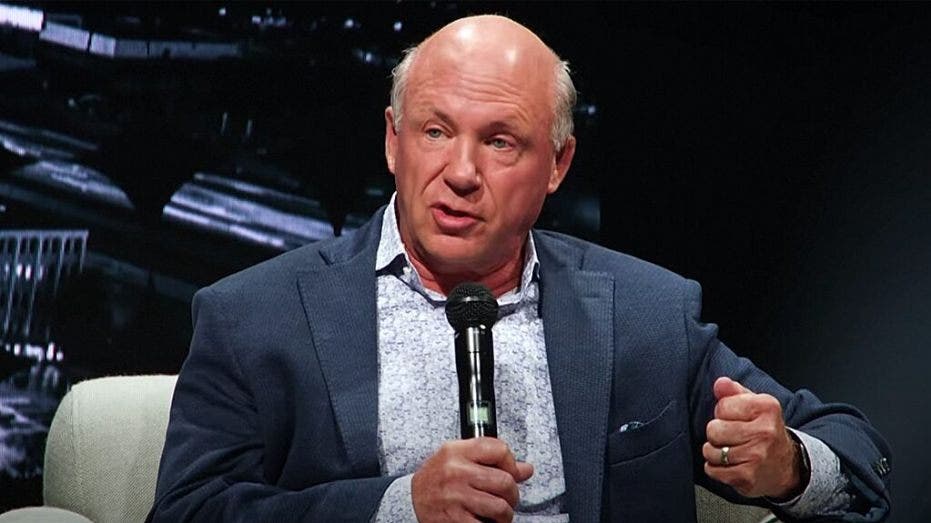 Cathy said the system can be improved if people approach each other “with an apologetic heart” and are willing to go through a “period of contrition.” But everyone has to do the work.

“We have to recognize, we are in a very special moment right now,” he said. “The answer is not for this just to go off the radar screen, to go back to talking about COVID-19, to talk about world peace, environment, whatever else, politics coming up this fall. I believe if we miss this moment, we have failed in our generation.”