Over on Netflix’s Chilling Adventures of Sabrina, there are plenty of references, both overt and sly, to the lore of hell and demons. After all, most of the first set of episodes revolved around Sabrina deciding whether or not to sign her soul over to the Dark Lord (aka Satan himself). There’s another figure from demonic lore who figures prominently into the show’s mythology, though. We’re talking about Lilith, aka Madam Satan, who started out as a creepy antagonist to Sabrina but has morphed into a mysterious character with complicated motivations. Lilith is an even bigger factor in the newly-released second season, so we’re diving into the real mythology behind Lilith, and how Chilling Adventures of Sabrina adapts this ancient legend.

Originating in Jewish mythology and folklore, Lilith is a female demon, associated with the night and lustful sexuality. More importantly, she is depicted as the first wife of Adam, before Eve. According to that lore, Lilith was formed from the same clay as Adam (in contrast with Eve, who is depicted in Abrahamic religions as being created from one of Adam’s ribs). Over the centuries, the mythology around Lilith continued to develop; certain traditions tell of her refusing to be subservient to Adam and leaving (or being banished from) the Garden of Eden. Others claim that she was cast off for having sex with the archangel Samael, while still others depict her as the wife of a greater demon (often Asmodeus).

In popular culture over the years, Lilith has come to be a popular character in works that connect to Judeo-Christian beliefs and adjacent lore. From the Romantic period onward, she was referenced in fiction and poetry, typically as the tempting, manipulative first wife of Adam. Even today, she appears on more than one TV show: along with Chilling Adventures of Sabrina, she’s a shadowy but crucial character in Freeform’s Shadowhunters and its source material, the Mortal Instruments book series. (The character has also notably appeared in Supernatural and True Blood.)

The key elements of Lilith’s story often remain the same: that she was Adam’s first wife, that she refused to submit to him, and that she was cast out for that. While most versions position her as a villain or even as a queen of demons, some more contemporary or feminist takes use her as a symbol of a woman who refused subservience and was punished for it, similar to witch lore. 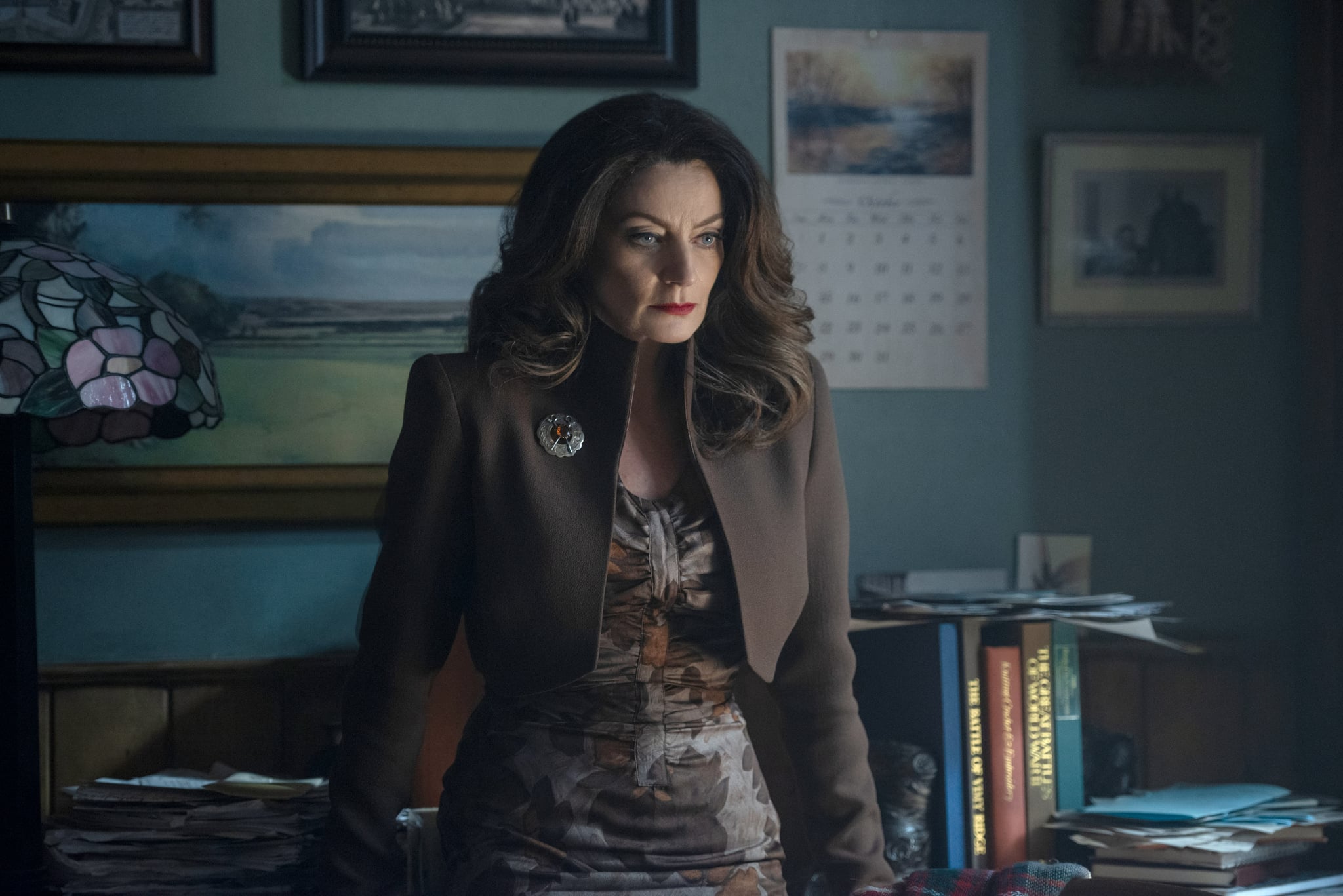 Who She Is in Chilling Adventures of Sabrina

We got our first glimpse of Lilith in Chilling Adventures of Sabrina pretty early on, although we didn’t know it yet. In the first episode, Sabrina’s favorite teacher, Ms. Wardwell, is murdered and taken over by an unknown malevolent entity, later identified as “Madam Satan.” Her entire arc becomes about “mentoring” Sabrina in order to engineer circumstances that will get Sabrina to sign the Book of the Beast, which the Dark Lord wants above all else. She succeeds in that goal by the end of Part 1, and returns in Part 2 with some new goals in mind.

Those goals take a major detour, though, when the king of hell reveals that he’s planning on Sabrina sitting at his side as queen, not Lilith, and she begins to do what her character always does: rebel. Instead of pushing Sabrina towards the darkness, she switches tactics and tries to help her retain her goodness. Lilith also is forced to deal with the return of Ms. Wardwell’s sweet human boyfriend, whose name (in a perfect bit of symbolism) is Adam.

Ultimately, Lilith gets fed up with the Dark Lord and his patriarchal society, so she teams up with Sabrina to bring him down. Thanks to some witchy teamwork — and a selfless assist from Nick — the women are successful in stopping Satan’s reign, and Lilith gets what she’s always wanted: she’s the Queen of Hell. In a nod to the more contemporary, sympathetic versions of this character, though, Lilith doesn’t take her newfound power for granted: she rewards Sabrina for her help by leaving the body of Ms. Wardwell and bringing her back to life, unharmed.

The mythology of Lilith is deeply creepy, morally complex, and female-centric, making it a perfect fit for Chilling Adventures of Sabrina. With the Dark Lord trapped and Lilith in charge, we’re expecting to see even more of her in seasons to come!