What’s your animal sign? What does it say about you?

There are 12 Chinese zodiac animal signs that repeat every 12 years.

It differs from the Western zodiac in a number of ways.

Firstly, the animals of the Chinese zodiac are not associated with constellations

The Chinese 12-part cycle corresponds to years, rather than months.

And lastly, the Chinese zodiac is represented by 12 animals, whereas some of the signs in the Western zodiac are not animals, despite the implication of the etymology of the word zodiac. 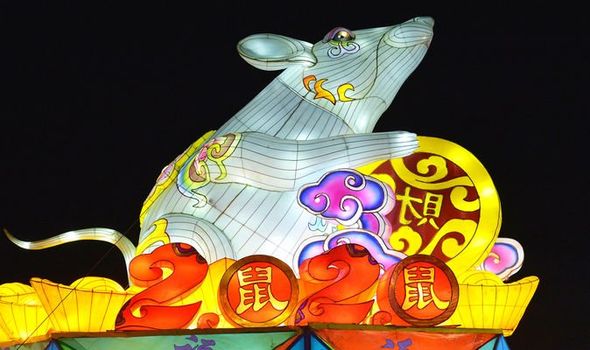 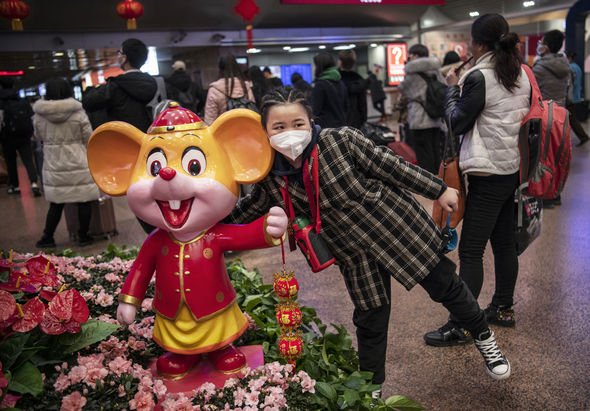 The sign’s lucky numbers, colours, flowers and directions are: two and three; gold, blue and green; lily, African violet, lily of the valley; southeast and northeast.

People born in the year of the rat are said to be instinctive, acute and alert in nature.

They can react well in the worst circumstances, are sophisticated, popular, sanguine and very adaptable. 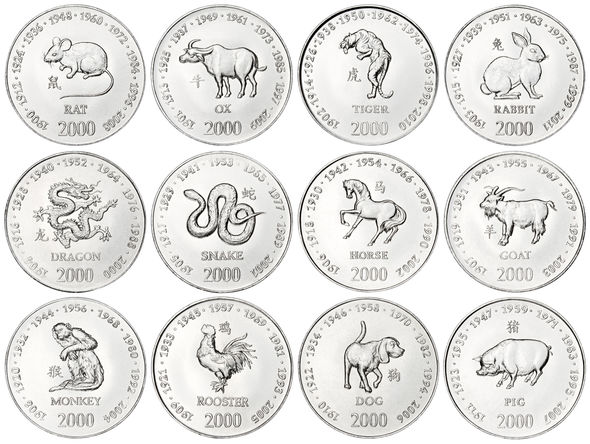 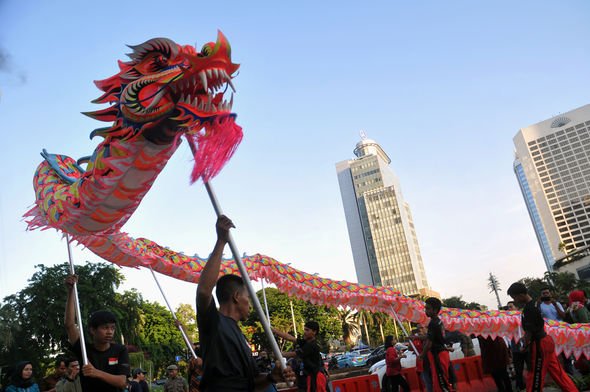 Weaknesses are being timid, unstable, stubborn, picky, lack of persistence and querulous.

In 2020, rats will have pretty good fortune in wealth and career.

They may get a pay rise, a promotion or pass exams but health-wise they might have some respiratory system disease and heart problem.

As for love, the single will start a relationship if they try hard to chase someone or seek help from the elders.

They are advised not to drink too much and go to entertainments places.

The sign’s lucky numbers, colours, flowers and directions are: one and nine; red, blue, and purple; tulip, evergreen and peach blossom; southeast, south and north.

People born in the Year of the Ox are considered persistent, simple, honest, and straightforward. They are talented leaders with strong faith and strong devotion to work.

They think before acting, are not easily affected by their surroundings but being conservative with a lack of wit, can appear silent and sometimes stubborn. 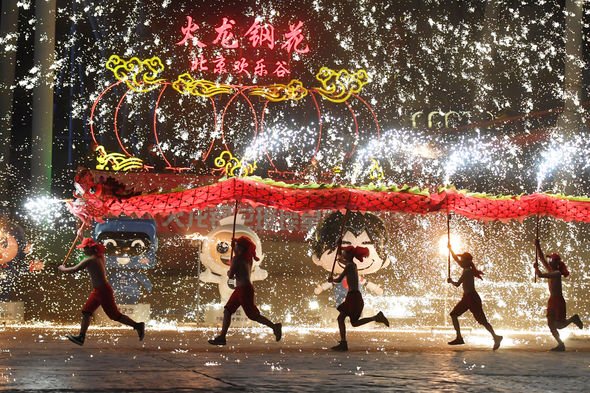 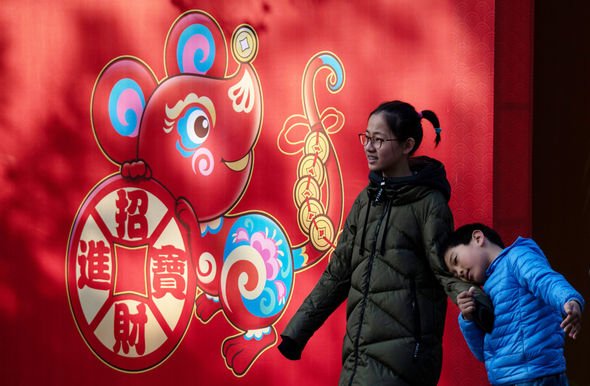 Their weaknesses are being obstinate, inarticulate, prudish and distant.

According to the 2020 ox fortune prediction, this year will bring pretty good fortune in wealth. You may earn a lot of money from work and investment while students will have good luck in study and tests.

In matters of the heart, they will possibly meet the one they love at social occasions and start a relationship, while in health they might have small problems but they can be cured.

The sign’s lucky numbers, colours, flowers and directions are: one, three and four; grey, blue, white and orange; cineraria and anthurium; south, east and southeast.

People born in the Year of the Tiger are brave, cruel, forceful, stately and terrifying and represent a symbol of power.

They have a strong sense of being frank and find it easy to win other people’s trust.

Their strengths include being tolerant, loyal, valiant, courageous, trustworthy, intelligent and virtuous.

Their weaknesses are being arrogant, short-tempered, hasty and traitorous.

In 2020, tigers will get good opportunities in their careers and may have a promotion, and they will also get help from their mothers’ side.

They may experience some issues in their love lives.

Rabbits usually impress others with an image of tenderness, grace and sensitive, and they are romantic in relationships while demanding a life high in quality.

They are non-confrontational, can convert enemies into friends, and can work with speed and efficiency.

Their strengths include being gentle, sensitive, compassionate, amiable, modest, and merciful.

Their weaknesses are being amorous, hesitant, stubborn, timid and conservative.

The year 2020 will be satisfactory for rabbits. They’ll have good luck in love and may get a promotion.

But they shouldn’t get too close to water and are advised to take good care of themselves to prevent diseases of the liver and gall. 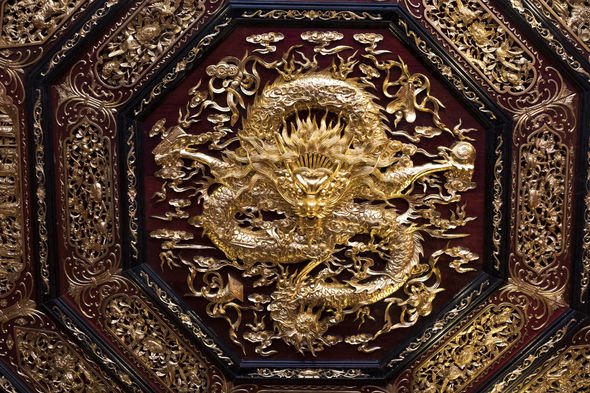 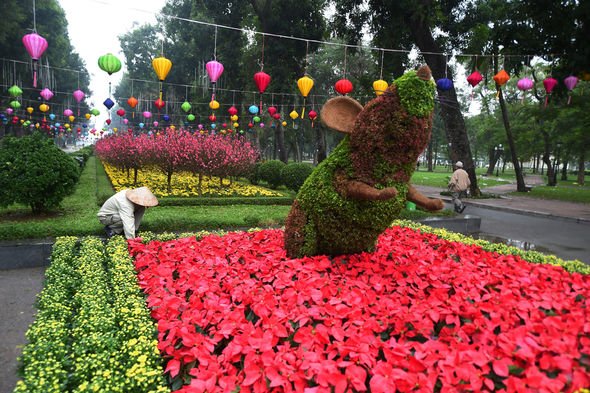 Dragons are lively, intellectual and excitable people who can tell right from wrong.

They dislike hypocrisy, gossip and slander, are upright and frank but can be arrogant and impatient.

Their strengths include being decisive, inspiring, magnanimous, sensitive, ambitious and romantic.

Their weaknesses are being eccentric, tactless, fiery, intolerant and unrealistic.

Their overall fortune of 2020 is optimistic with progress at work rising despite some ups and downs.

They are likely to come across an approachable and intelligent partner while developing a good diet habit can keep them away from gastrointestinal problems.

Snakes are known as sensitive and humourous with a gift for literature and art.

They can be suspicious people, which makes them a little paranoid and hesitant.

Their strengths are being soft-spoken, humorous, sympathetic, determined, passionate and smart and their weakness includes being jealous, suspicious, sly, fickle and nonchalant.

In 2020, they will encounter some opportunities to make a little money, while in the workplace they may be very often subject to a lot of pressure from their superiors.

Money-related issues may result in disharmony between them and their friends and relatives.

Venture investments and gambling should be avoided as they might lose a lot of money.

They always impress with their dynamic, zealous and generous image.

Although endowed with many shining points, they have to face the weaknesses in their characteristics.

Strengths include being warm-hearted, upright, easygoing, independence and endurance.

Their weaknesses are a love of spending, being too honest and a lack of persistence.

In 2020, horses will have a high chance of falling in love with someone but could have trouble in their career, their wealth and health.

Keeping the balance between income and expenses is important in 2020, and lots of physical exercises are necessary.

People born in the Year of the Sheep are tender, polite, filial, clever, and kind-hearted and have a special sensitivity to art and beauty, and a special fondness for quiet living.

They are wise, gentle and compassionate and can cope with business cautiously and circumspectly, while in their daily lives they try to be economical.

Their strengths are being gentle, softhearted, considerate, attractive, hardworking, persistent and thrifty.

Their weaknesses include being indecisive, timid, vain, pessimistic, moody and weak-willed.

In terms of their career in 2020, they will be supported by distinguished and respectable people and they will also have luck in love and relationship with the single among them expected to meet the one they love.

There is also a good chance for those who are in a stable love relationship to get married in 2020.

The sign’s lucky numbers, colours, flowers and directions are: one, seven and eight; white, gold and blue; chrysanthemum and alliums; north, northwest, and west.

Monkeys are seen as smart, clever and intelligent, especially when it comes to their jobs and their finances.

They are lively, flexible, quick-witted and versatile but despite being born with enviable skills, they have several shortcomings, such as an impetuous temper and a tendency to look down upon others.

Their strengths are being enthusiastic, self-assured, sociable and innovative.

Their weaknesses include being jealous, suspicious, cunning, selfish and arrogant.

In the upcoming year, monkeys will have a good chance of being promoted or earning a better salary but should reduce their extravagant spending.

In relationships, single male monkeys will attract amorous attention on social occasions and may fall in love with someone. 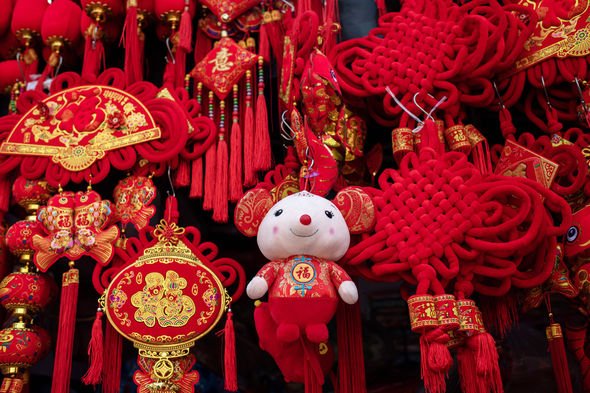 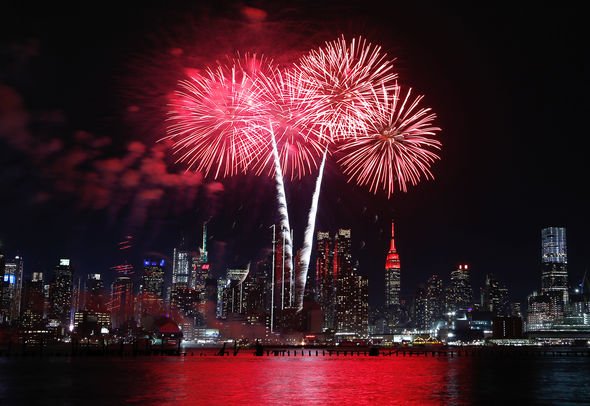 People born in the Year of the Rooster according to Chinese zodiac are honest, bright, communicative and ambitious.

However, they might be enthusiastic about something quickly but soon become so they require faith and patience to see things through.

Their strengths are being independent, capable, warm-hearted, self-respect and quick-minded.

Their weaknesses include being impatient, critical, eccentric, narrow-minded and selfish.

The outlook for roosters in 2020 is normal. Their income will be unstable and they might lose money because of accidents while in their career they will compete with colleagues in order to get a promotion, which may lead to workplace conflicts.

Roosters will make new friends with the opposite sex and may start a romantic relationship with them.

Those born in the Year of the Dog tend to be independent, sincere, loyal and decisive, and are not afraid of difficulties in daily life.

These characteristics often lead them to have harmonious relationships.

Their strengths are being valiant, loyal, responsible, clever, courageous and lively.

Their weaknesses include being sensitive, conservative, stubborn and emotional.

In 2020, dogs may get more money from financial projects but should take their chances actively.

Boys will be luck in their love and relationship, but they also need to take the initiative to fight for it.

The pig sign is considerate, responsible, independent and optimistic and always shows generosity and mercy when enduring other people’s mistakes.

But, sometimes they can be lazy and lack motivation.

Their strengths include being warm-hearted, good-tempered, loyal, honest and gentle.

Their weaknesses are being naive, gullible, sluggish and short-tempered.

Pigs will be under pressure at work in 2020 and might be tested by friends and people around them with vile characters.

They will become very popular with the opposite sex but if they do not handle the relationship properly, it will lead to marital discord in marriage life.