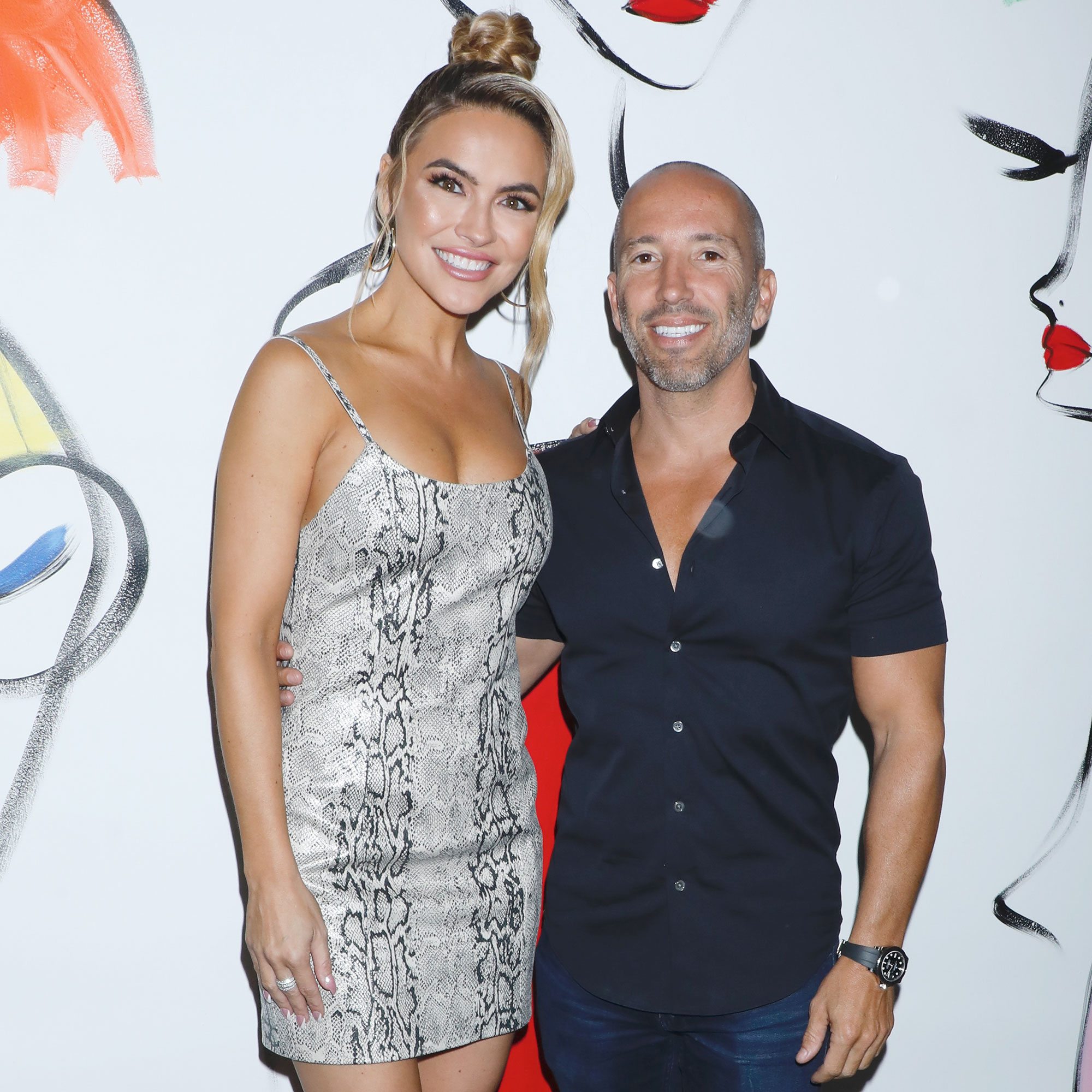 Poking fun. Following her split from Jason Oppenheim, Chrishell Stause decided to focus on the humor in the situation — and how she has to keep breaking the news to Selling Sunset viewers.

Stause, 40, shared a DM she received from a fan on Thursday, December 23, about season 4 and asked if she will become “a thing” with Oppenheim, 44, on the show. The former soap actress shared the screenshot via her Instagram Stories, writing, “Who’s gonna tell her? (Although after all the noise, THIS gave me quite the laugh this morning. If you can’t laugh at yourself in times like this, it’s gonna be a rough ride).”

The Days of Our Lives alum’s comment comes after she confirmed her split from the CEO earlier this week. The duo originally made headlines when they went public with their relationship while filming season 5 in July. At the time, Stause shared a sweet Instagram photo of the couple packing on the PDA during a European getaway.

Us Weekly confirmed on Tuesday, December 21, that the pair decided to go their separate ways after five months of publicly dating. That same day, the broker discussed how having “different wants regarding a family” was the reason for the breakup.

“While Chrishell and I are no longer together, we remain best friends we will always love and support one another. She was the most amazing girlfriend I’ve ever had, and it was the happiest and most fulfilling relationship of my life,” he wrote via his Instagram Story. “Chrishell is an exceptional human being and loving her and having her in my life is one of the best things that has ever happened to me.”

Stause, for her part, thanked Oppenheim for being “consistently” honest with her even “when it hurts” while addressing the split.

Everything Chrishell Stause Said About Having Kids Before Jason Oppenheim Split

“I have tried to embrace the world I have found myself in and that includes being open and honest about my relationships. It felt scary and terrifying knowing that it may not end in what society deems a success and what I am ultimately looking for. But after many long heartfelt talks, I am choosing to see it as a success no matter what label is attached to it publicly,” she wrote via Instagram on Tuesday. “Jason was and is my best friend, and other than our ideas for family ultimately not being aligned, the amount of respect and love we have for each other will not change going forward.” 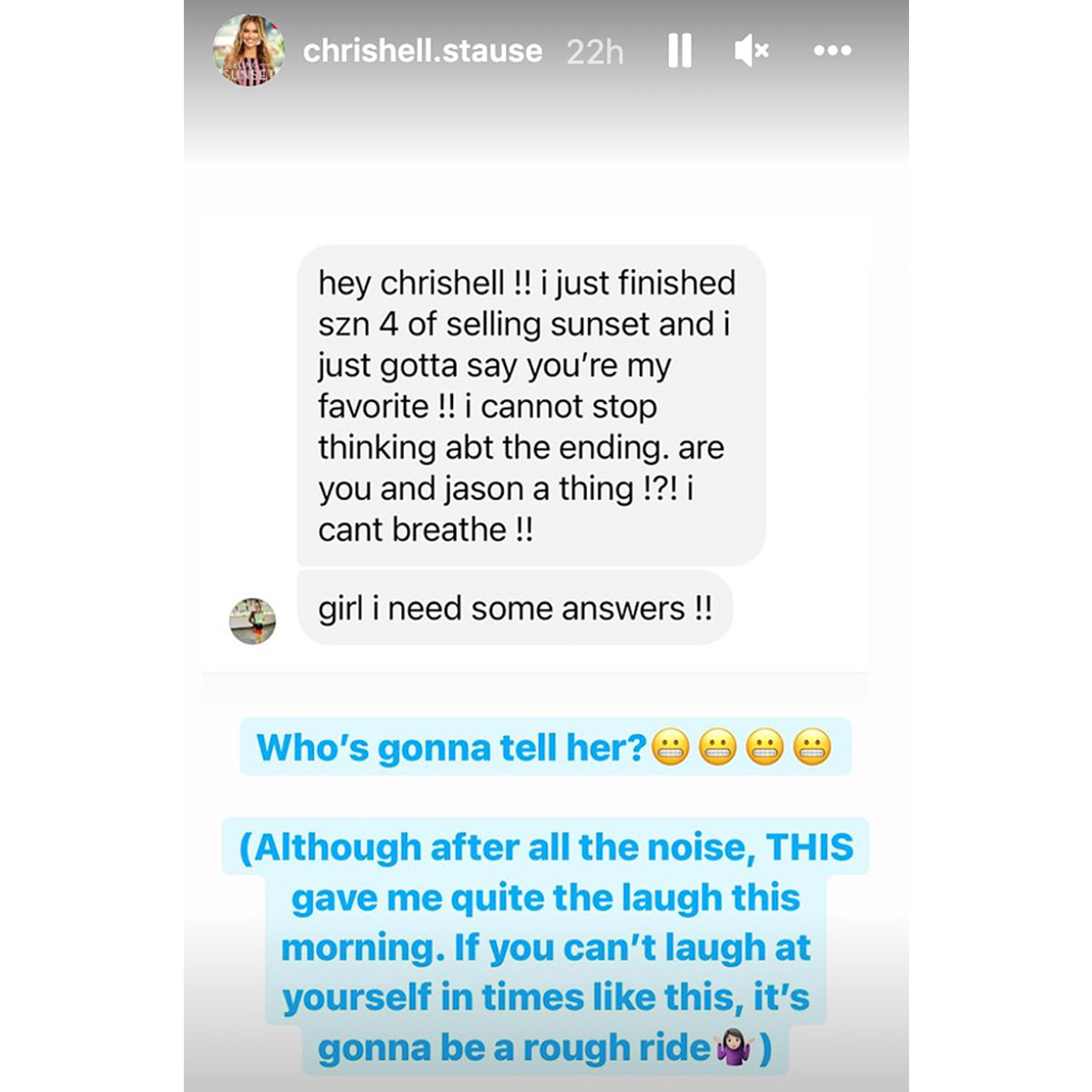 While reflecting on how “men have the luxury of time that women don’t” when it comes to parenthood, Stause referred to her relationship with Oppenheim as “incredible.”

Selling Sunset’s Chrishell and Jason’s Quotes About Their Relationship

“All of that being said, navigating this public terrain is difficult and I am just trying my best. No one would rather only speak about work related things more than me. But I understand this comes with it and I will always love and be extremely grateful for opportunities I have been given,” she added at the time. “Although my initial reaction to a private situation was to not speak on it, sometimes it’s easier to just live transparently because we only get one chance at this life. I very much hope to one day have a family and decisions I make at this point are with that goal in mind. Thank you for the kindness and support to those that understand.”

Shortly after Stause and Oppenheim’s split made the news, a source exclusively told Us that they “remain friendly exes” and are “still very much part of each other’s lives.” As the duo continue to work together in the office and on Selling Sunset, the insider added that their professional relationship will remain “unharmed.”