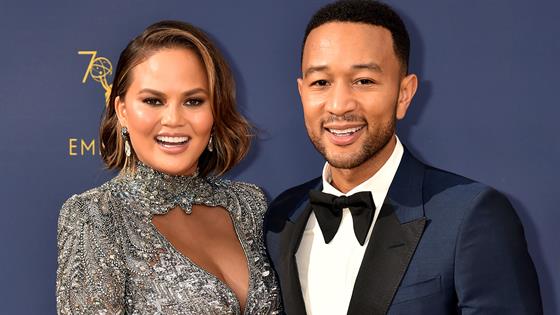 The social distancing life is “unreal” for Chrissy Teigen and John Legend.

On Monday, the longtime couple joined Ellen DeGeneres for her first at-home episode of The Ellen DeGeneres Show, where they opened up about who is faring the best while staying at home. And from the sound of it, Chrissy appeared to be enjoying it more than John.

“John would love to be busier,” Chrissy said, who told Ellen that it’s been a “dream” for her. “He’s still scheduling himself for so many different things, but for me…it’s weird how much more energy I have now.”

According to the Cravings author, social distancing has turned her into one of Bravo’s Real Housewives. “I spent—I feel like a Real Housewife now—because I spent three hours on my makeup,” she joked. “And then, I did nothing to my hair but now I’m pretending that it’s just casual…I worked so hard for you today, by the way.”

After admitting that she hasn’t done her own makeup in a long time, Chrissy continued, “I think all you can do in this kind of situation right now with everything that’s happening, is just, you know, is try to make other people happy, try to enjoy yourself. I mean, I have, for some reason, more energy than ever for my kids and our family because you have no choice. You’re stuck.”

Compared to The Voice coach, Chrissy is also better prepared in the loungewear department. While explaining her social distancing style, the Lip Sync Battle host shared that she has plenty of robes to help her stay cozy. “I’ve just always lived in robes, so now to pretend that this is just, like, me casual is amazing,” she said.

Despite all the robes and hilarious Instagram Lives that they’ve been treating fans to while social distancing, the pair confessed that the severity of the situation still weighs heavy on them.

“It’s fun to be able to be lighthearted and make jokes and try to make people happy and laugh about it, but then it really hits you and you go through these ups and downs,” Chrissy explained. “What we’re going through is unprecedented. It’s unreal.”