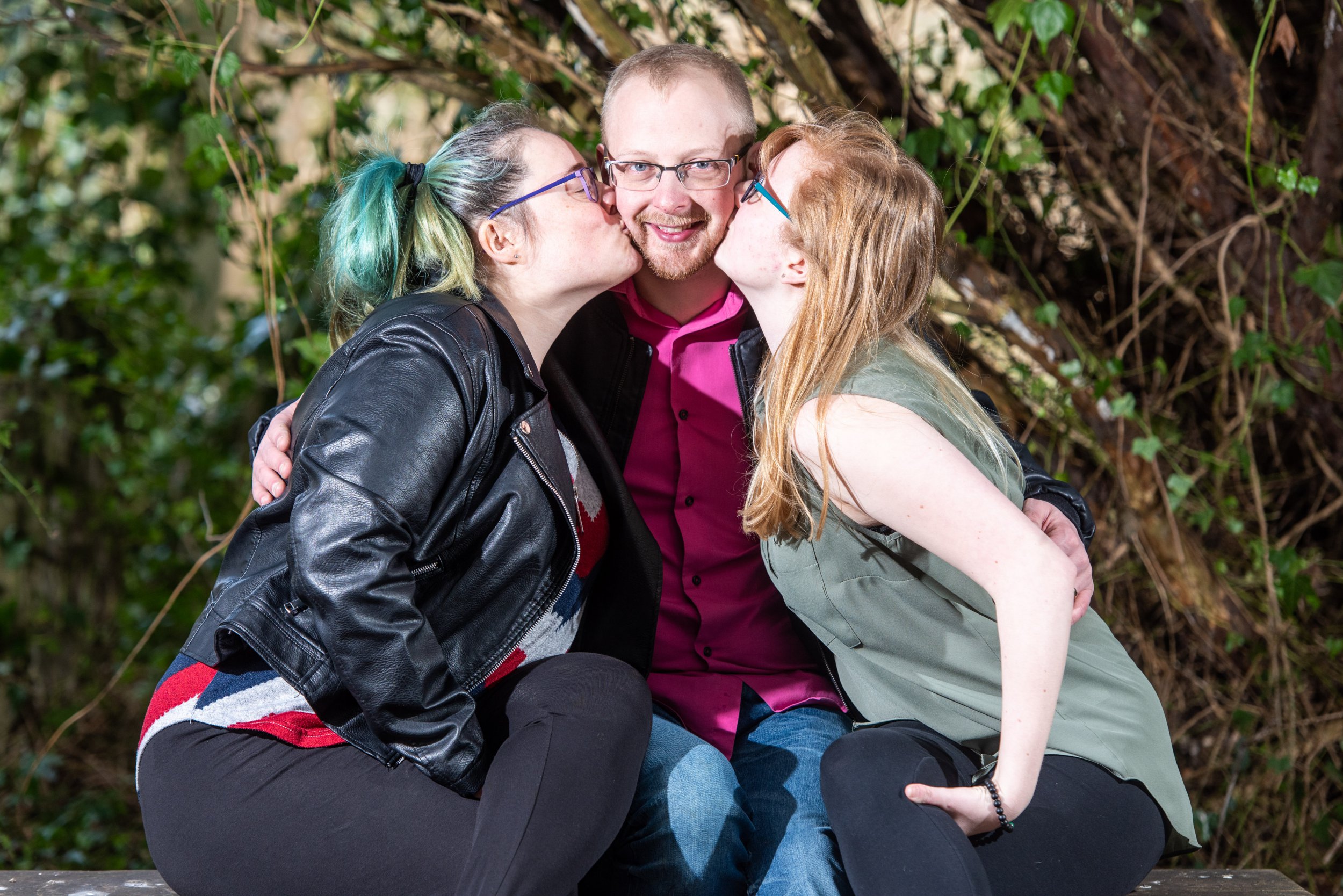 A married couple have become a throuple, after nursery nurse wife Megan Ripley, 30, fell in love with a colleague.

Megan and Louise Jackson, 22, struck up a platonic friendship at work last year in July.

Mum-of-one Megan introduced Louise to her husband of six years Sean, 33, and they also hit it off.

Before they knew it, two became three, and they’re now in a happy polyamorous relationship.

Megan, from Market Weighton, York, said: ‘I had never heard of a throuple before.

‘I didn’t even know it was possible to be in love with two people at once. But when I met Louise it all changed, we instantly had a spark.’

Not wanting to ruin their friendship, Megan kept her romantic feelings for Louise secret at first.

However, she said: ‘Eventually I introduced her to Sean following a night out and they got on like a house of fire too.’

Megan couldn’t fight her feelings anymore and told Sean how she felt. To her surprise, he confessed having feelings for Louise too.

‘We never thought we would introduce someone into our relationship,’ she added. ‘But it just made sense with Louise, so we were elated when she said she feels the same.’

Now one year on, Louise is called ‘mum’ by the couple’s son William, three.

‘Our relationship has moved fast but we are also taking it slow,’ said Megan.

‘Louise stays at ours for one week and at her parents the other. Eventually, she will move in though and perhaps have a child with Sean.

‘At the start, I was against this idea but now I would be honoured if she wanted to extend our family with my husband.’

Megan added: ‘We go on one to one dates or all together, it depends how we feel and try keep it fair to eradicate jealousy.

‘We do get jealous sometimes but we are only human. But to try and prevent jealousy, we always make sure we tell each other if things are turning sexual.

‘For example, if I am at work and they are at home, they will text me to let me know things are going that way. So then at least I know they are thinking about me.

‘It doesn’t kill the moment, it makes it more special. We also have to be open to hearing about the jealousy and speaking about it.’

Megan praises family and friends for being supportive.

She said: ‘We have only received positive comments. People are happy as we are happy.

‘It’s great because Louise shares interests that I don’t have with Sean and vice versa.

‘Sometimes we may get the odd stare when we are in public and all holding hands, but most of the time it is fine.’