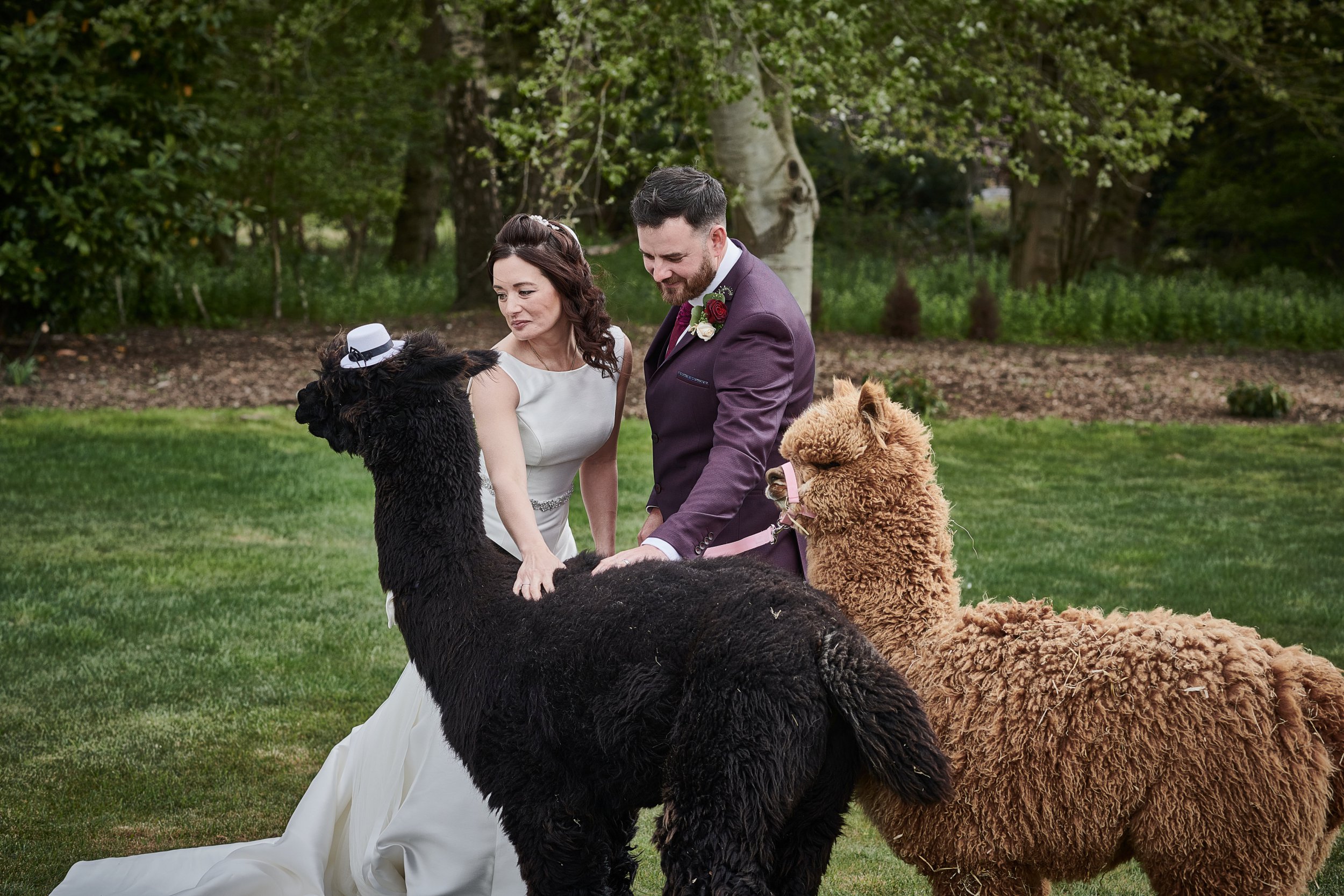 We’ve seen couples have everything from dogs to pigs involved in their wedding days, whether that’s having pets act as ringbearers or just as guests at the special day.

So why not rope in a pair of alpacas to take on the couple’s role?

That’s what Justin and Sarah Springham decided to do, inviting a couple of alpacas to their union.

But these alpacas were allowed to break a cardinal rule: they dressed up as the bride and groom.

Playing the role of groom was 15-year-old black alpaca Marley, wearing a white bowtie and a top hat, while stealing Sarah’s style was two-year-old Archie, wearing a pink harness.

The duo were part of an all-male troupe of five alpacas who entertained around 25 guests at the wedding in Narborough, Norfolk last Wednesday.

Alpaca farmer Krystal Humphrey, 38, said: ‘The couple had one dressed as bride and one as a groom.

‘One was wary of the bride’s long veil – he was a bit cautious of that.

‘We had them in a pen outside. People had photos with them and were feeding them.

‘The alpacas were all well-behaved. They like to meet new people.’

Krystal says that while this is the first time she’s brought along her alpacas to a wedding, the practice is becoming increasingly common.

Perhaps soon, your wedding won’t be up to scratch unless you have some alpaca pals in attendance… just make sure they’re suitably dressed, like these ones.

Krystal, who looks after 26 alpacas, said: ‘Quite a lot of people have alpacas at weddings but it’s the first one I’ve done.

‘I started five years ago with three alpacas and it’s grown from there.’