A couple who thought they may never have children have welcomed a pair of twins – who were born on different days and have different star signs.

Jess, 31, and Chris Chelin, 34, from York, were ‘completely shocked’ when they got pregnant with twins naturally.

The non-identical boys both weighed 6lb 7oz but Eric was born on January 19 at 11.52pm, while little Albert was born ten minutes later on January 20 at 12.02am.

The couple had previously spent over three years trying to conceive and had undergone two rounds of IVF, one that resulted in the birth of their now two-year-old daughter, Ayda. 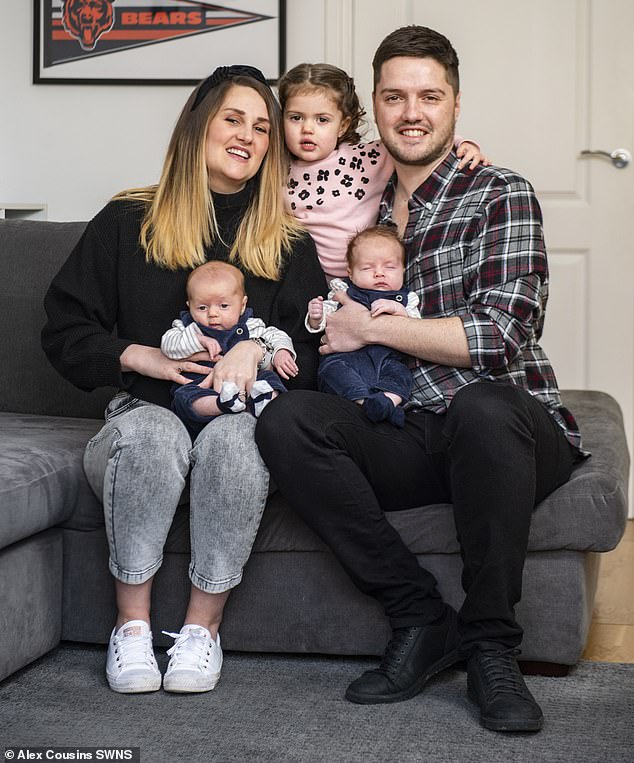 Jess (left, holding Albert), 31, and Chris Chelin (right, holding Eric), 34, from York, were ‘completely shocked’ when they got pregnant with twins naturally after undergoing two rounds of IVF to conceive their daughter Ayda (centre), now two. 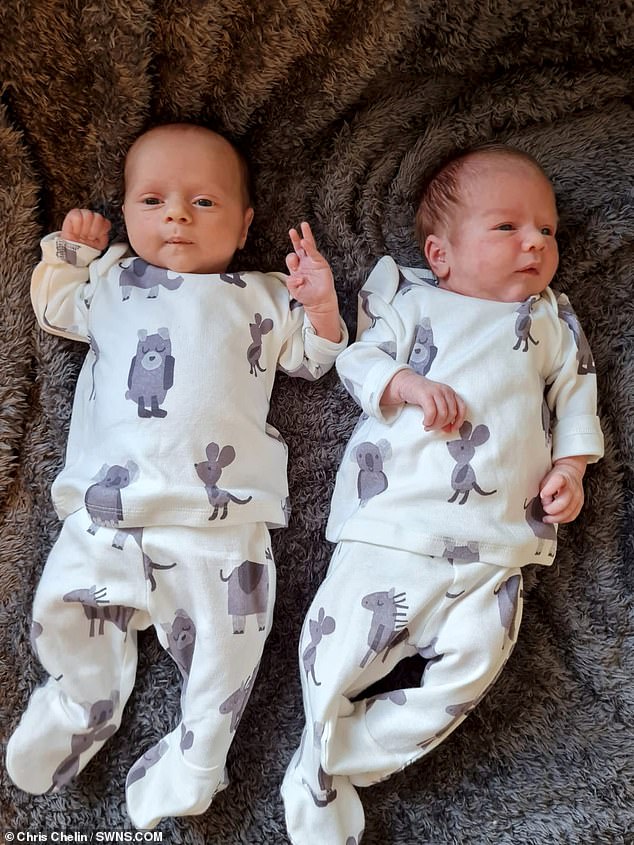 Jess said she felt ‘overjoyed’ when she held them for the first time.

The couple, who met in 2007 and married in 2015, always wanted to have a family of their own but were told they were unlikely to ever conceive naturally. 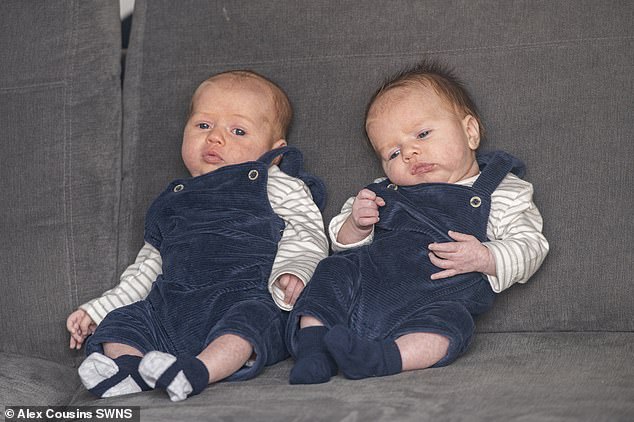 Their new ‘little miracles’ are non-identical and Eric (right) has dark brown hair while Albert (left) has blond hair and, while Eric is a Capricorn, Albert is an Aquarius

Jess, who was in her 20s at the time, was devastated when she was told her eggs were ‘akin to a woman in her 40s’.

After three years of trying to conceive, they welcomed little Ayda into the world in September 2018 and felt ‘extremely grateful’ to have a child.

The pair never expected to welcome another, let alone a pair of twins.

Jess said: ‘I was excited and overwhelmed when we realised we were pregnant with twins. I couldn’t believe it, I didn’t believe it until they were born. I’m just so grateful. 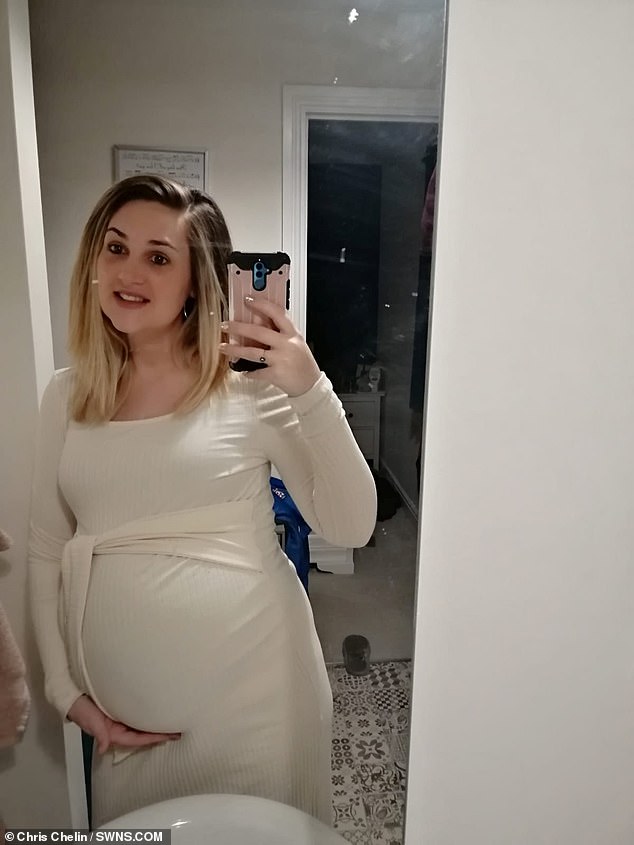 When Jess was in her 20s, she was devastated when she was told her eggs were ‘akin to a woman in her 40s’ and the pair never expected to welcome another child after Ayda, let alone twins (pictured: Jess while pregnant)

‘We feel so lucky. They’re our little miracles. It was amazing to hold them for the first time and to know the journey we’ve all gone through as a family.

‘I feel so happy and grateful. I feel so lucky for what we’ve got.

‘We always wanted more than one child but when we had Ayda we obviously knew there was a chance she was going to be an only child.

‘Now we’ve got the boys too and it warms my heart knowing they’re going to grow up having each other.’

She added: ‘When people ask us how old our twins are it takes a bit to say which is quite funny.’ 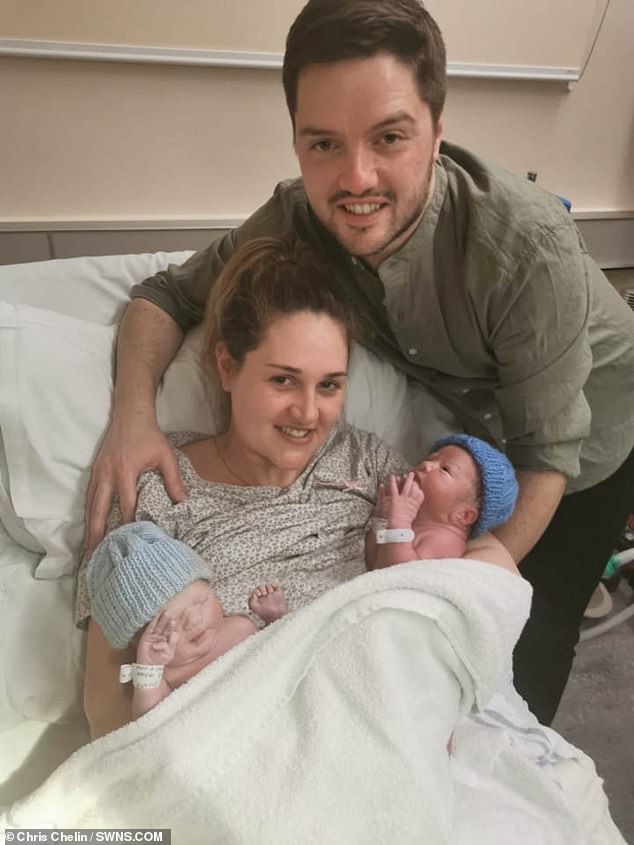 Jess said: ‘We feel so lucky. They’re our little miracles. It was amazing to hold them for the first time and to know the journey we’ve all gone through as a family’

Jess said it was agonising to watch her friends get pregnant – and the couple seriously considered moving to Canada or Australia because it became too overwhelming.

In 2017, they attempted their first round of IVF, which the NHS offers for free, but it sadly failed.

The couple were faced with the tough decision to go for more treatments which would have costed them thousands of pounds.

Thankfully, as the eggs didn’t go through a full cycle, they were still eligible for the free round of IVF but were offered a different treatment which injects the sperm directly into the egg. 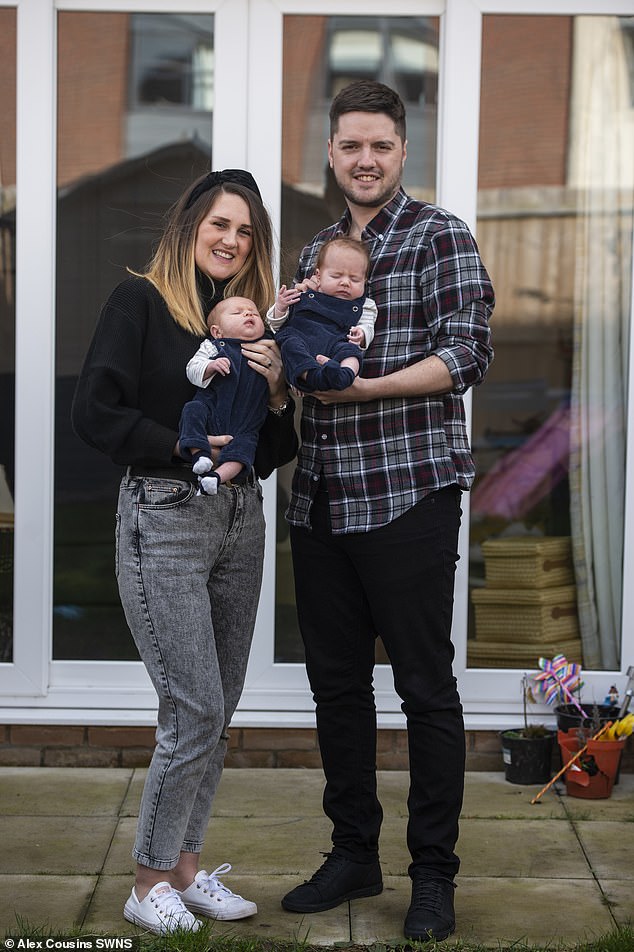 Jess, a primary school teacher, said: ‘I had very little hope I was going to be able to have my own baby. They said it was very unlikely and the process of IVF is also really tough. It was so demoralising.

‘As soon as we got married we talked about how we wanted to have children as we wanted them quite young and to be able to do things with them.

‘Those two years seemed like the longest years ever, and it felt so futile.’

The couple were so certain they would not be able to conceive again, they moved from Leeds to York and bought their first home together immediately after Ayda was born.

But they’re now going to have to sell their three-bed terraced house and move into a bigger home to accommodate the new members of the family. 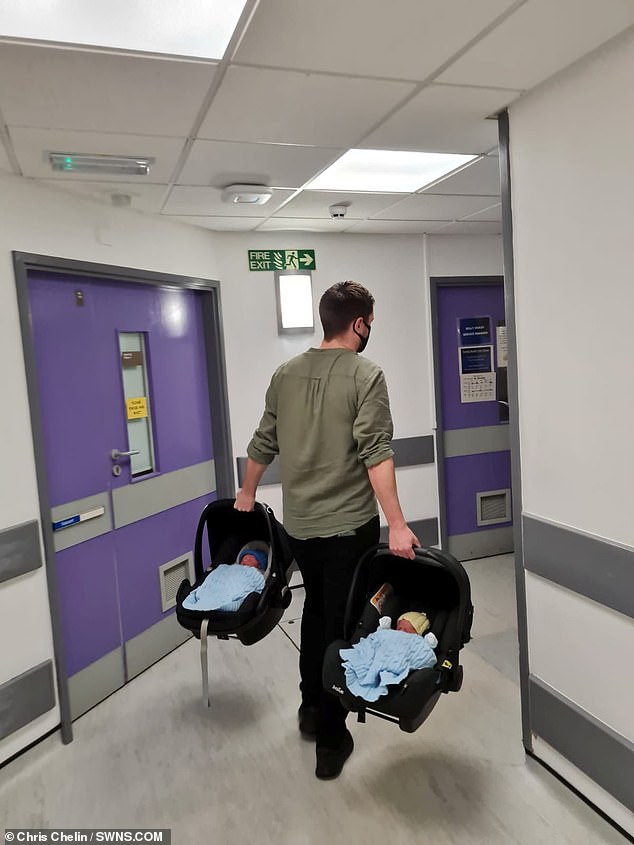 Father Chris said it’s been chaotic and they will have to make many unexpected adjustments, but that it’s all been worthwhile as they have their ‘perfect family’.

The property manager said: ‘It’s been completely crazy, our lives have been changed forever.

‘But it’s all worth it, all the chaos in the house, all the cleaning, all the late nights – it’s 100 percent worth it.

‘We never expected any of this, we didn’t think we’d have such a big family. We just can’t believe it.

‘We genuinely believed for a long time that we might never have our own children and now we’ve got three beautiful babies.

‘I’m exhausted but I’ve never been so happy.’ 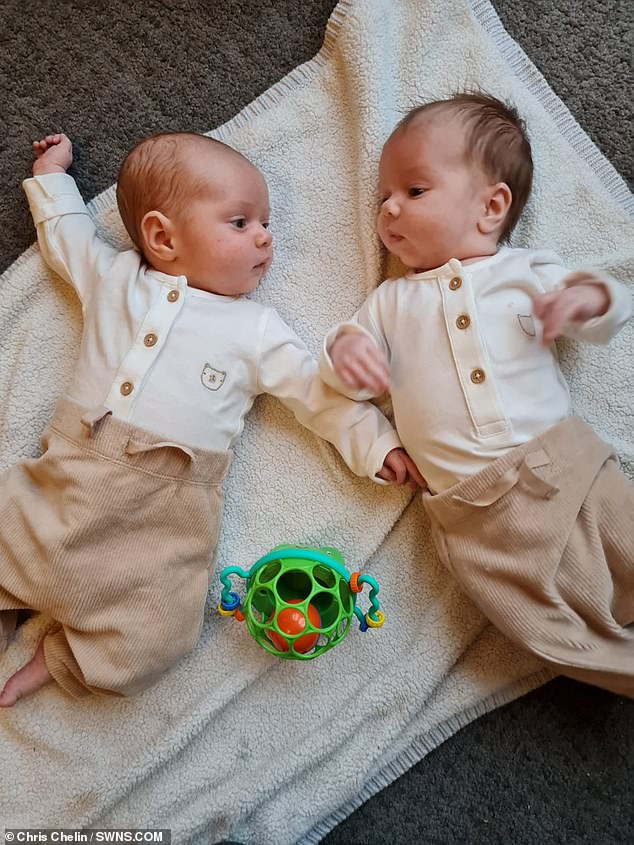 After Ayda was born, the couple moved from Leeds to York and bought their first home together but they’re now going to have to sell their three-bed terraced house and move into a bigger home to accommodate the new members of the family (pictured: Eric and Albert)

What is intra-cytoplasmic sperm injection (ICSI)?

Intra-cytoplasmic sperm injection (ICSI) is a type of IVF treatment that involves drawing up a single sperm into a very fine glass needle and injecting it directly into the centre of the egg.

The fertilised egg (embryo) can then be transferred into the womb of the woman as in a normal IVF cycle. The live birth rates for ICSI and conventional IVF are similar.

This method bypasses any natural barriers that may have been preventing fertilisation.

Eggs and sperm are collected from each partner. To achieve fertilisation, a single sperm is taken up in a fine glass needle and is injected directly into the egg.

The eggs are then incubated and examined with one or two embryos usually being transferred back into the womb of the woman two or three days after fertilisation.

Some eggs may not survive the injection process and not all eggs collected will be of a high enough quality or mature enough to be suitable for injection.