Before COVID-19 became a reality for most Americans, New York University student Daisy Maldonado was confident in exactly how her senior year was going to go. But right before spring break, everything changed. Within weeks, the 22-year-old’s roommates were gone for good, her graduation was moved to virtual, her public relations internship was canceled, her dorm was closed, and she was back home in Los Angeles for the foreseeable future. “I left with almost all of my things,” Maldonado told CBS News. “But most importantly I left New York feeling defeated in a way I never thought possible.” 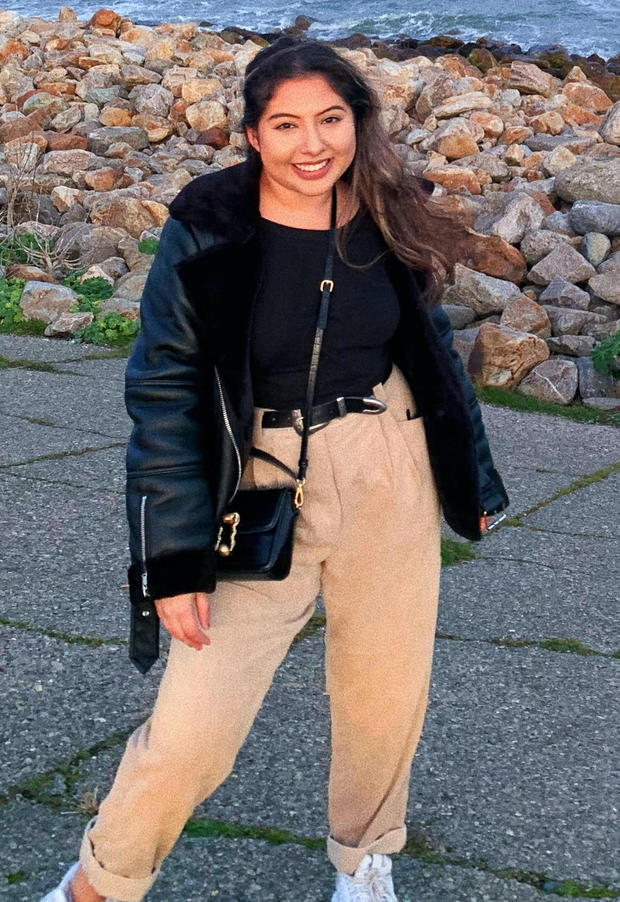 Her story is becoming more common in America during the pandemic. From March to April, the unemployment rate for 20-year-olds and older jumped from 4% to 14.2%, according to the U.S Bureau of Labor Statistics.

CBS News spoke to five students who had their plans upended by the pandemic. Already saddled with loans and the responsibilities of adulthood, COVID-19 didn’t just cancel their plans — it left them forced to fight for their future.

At home, Maldonado’s new job became preparing for a full-time position. “All jobs halted, and during the summer I entered a competitive field of recent graduates looking for jobs and internships,” she said. “I juggled four internships simultaneously, trying to absorb as much knowledge as I could, and hoped it would pay off.” After months at home, Maldonado got a job as a trending news writer for an online publication. She hopes to move back to New York and work out of their offices in the coming year. 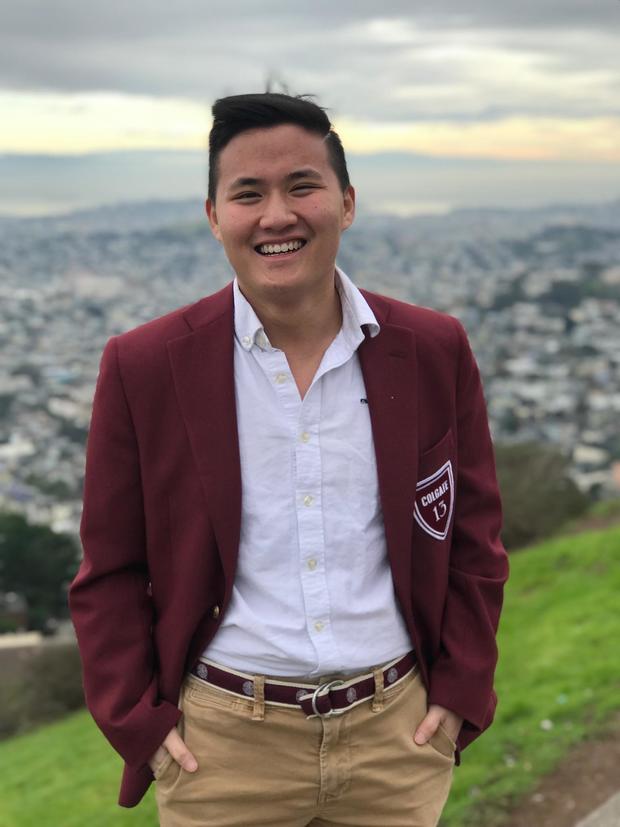 When COVID-19 rates began skyrocketing in other countries, most travel abroad programs and internships were canceled. Trey Spadone’s opportunity was no different. Spadone earned a Fulbright assistantship to teach English in Indonesia, but instead of attending, the 22-year-old anthropology major spent the last semester of his senior year isolated in his dorm at Colgate University, in Hamilton, New York. “I was immensely looking forward to returning to Indonesia and giving back to a place that has given me so much,” he said. After months of back and forth, he was assigned to Tajikistan and is in the process of completing his orientation. But as cases continue to rise, he’s aware that anything is possible.

Gabrielle Larochelle, a 22-year-old journalism and design student from The New School in Manhattan, had planned on working at both an internship and a part-time copywriting position to make ends meet after graduation. But after the pandemic ended her two campus jobs and forced her to move back home to Maryland, her savings were decimated, and her plans completely changed.  “Basically, all my priorities shifted in a span of a month,” said Larochelle. 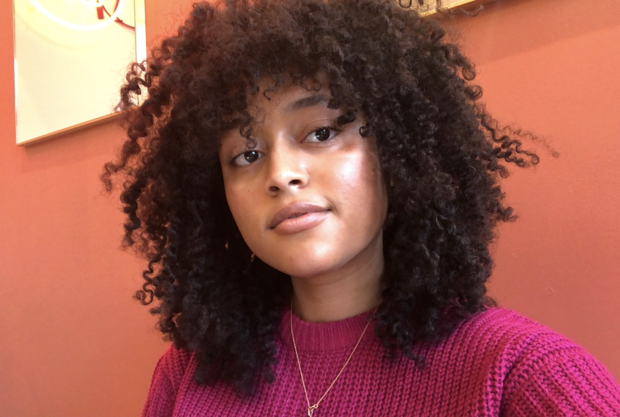 While Larochelle qualified for unemployment, her status as a dependent on her parents’ taxes barred her from being able to receive the $1,200 stimulus check from the federal government, something she said would have helped tremendously. She was forced to move home and is currently freelance writing while she waits to hear back from the plethora of fellowships she applied for.

Aisaac Assad, a 21-year-old government and politics major at the University of Maryland, College Park also thought 2020 would bring her next steps. After receiving a fully-funded study abroad program for undergraduate students, Assad planned to attend the program before beginning her graduate studies. “Though I thought the United States was unprepared for a pandemic of this size, I tried to stay optimistic and thought we would return in time for commencement in late May,” she said.

First, the program was delayed until spring 2021. Then, it was canceled entirely. Assad extended her undergraduate status until December in an attempt to remain eligible for the scholarship. The program’s cancellation leaves her at home, working around 30 hours at a digital strategy firm, taking online language courses, and still unsure how the scholarship will proceed. 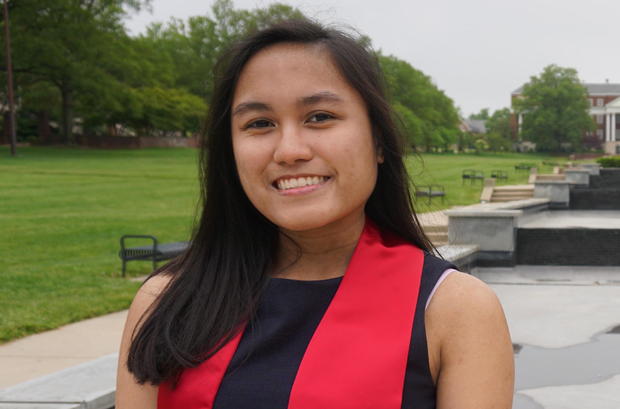 Rainesford Stauffer, writer and author of the forthcoming book “An Ordinary Age,” said “COVID has taken anxiety, stress, and frankly, sheer terror over what happens post-college and exacerbated it.” Stauffer said more and more students are realizing the “clear-cut trajectory” of life after an undergraduate degree may no longer exist.

“This idea that every young person is starting from the same baseline and has the same opportunity, and therefore, it’s all on them to build whatever future they want, is just not at all reality.” Stauffer hopes her work helps young adults that may be discouraged about the current job market. “You haven’t failed if you haven’t figured it all out by age twenty-two, and sometimes, the timeline we have for meeting these markers is simply unrealistic when you factor in the heft of someone’s everyday life and lived experience.”

The students who spoke to CBS News detailed how COVID-19 canceled their graduations, decimated their savings and placed their future on unprecedented grounds. However, many of the graduates also called the pandemic a time of immense gratitude.

Wes Smith, a 35-year-old student who graduated from Southeast Missouri State University online, is still incredibly proud of his accomplishments. “My first go-around in college would have graduated me in 2008, and now I graduated in a pandemic, so I kind of have to laugh about my timing either way,” Smith said.  “But, it’s done, and I’m proud of being a first-generation graduate for my family.” 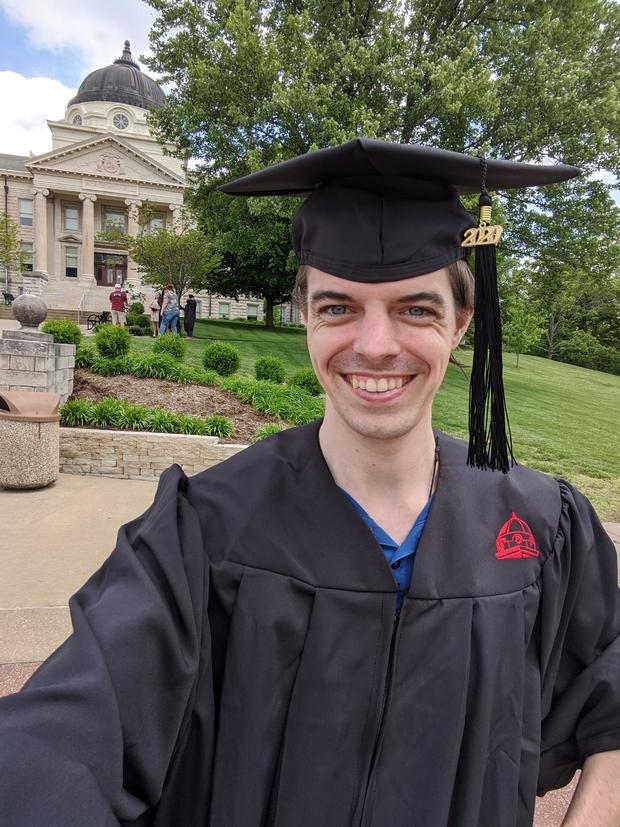 After returning to the retail job that furloughed him during the pandemic, Smith is still waiting for chance. He had hoped to join a publishing house as an editor after graduating, but is still at home, putting in application after application. Instead, he expects to work retail until next year at the earliest and is instead, keeping himself busy with other projects, like finishing his third novel.

Smith believes he and younger generations “were ready for this” after living through past economic crises. “All we can do is try to create something on our own with what’s available to us until things get better,” he said.

Nearly 10 months after they left school, the students are still playing a waiting game, with the hope that the new year will bring something other than their current reality — waiting at home for jobs and programs that might not return. But one thing is clear: while the graduates of today might currently be in limbo, many are refusing to let the pandemic keep them there.