COVID infections have dropped in schoolkids for the first time in weeks as the crucial R rate plummets to as low as 0.9.

Around one in 50 Brits are currently infected with Covid-19 and one expert this week claimed we had 'passed the 2021' peak of infections. 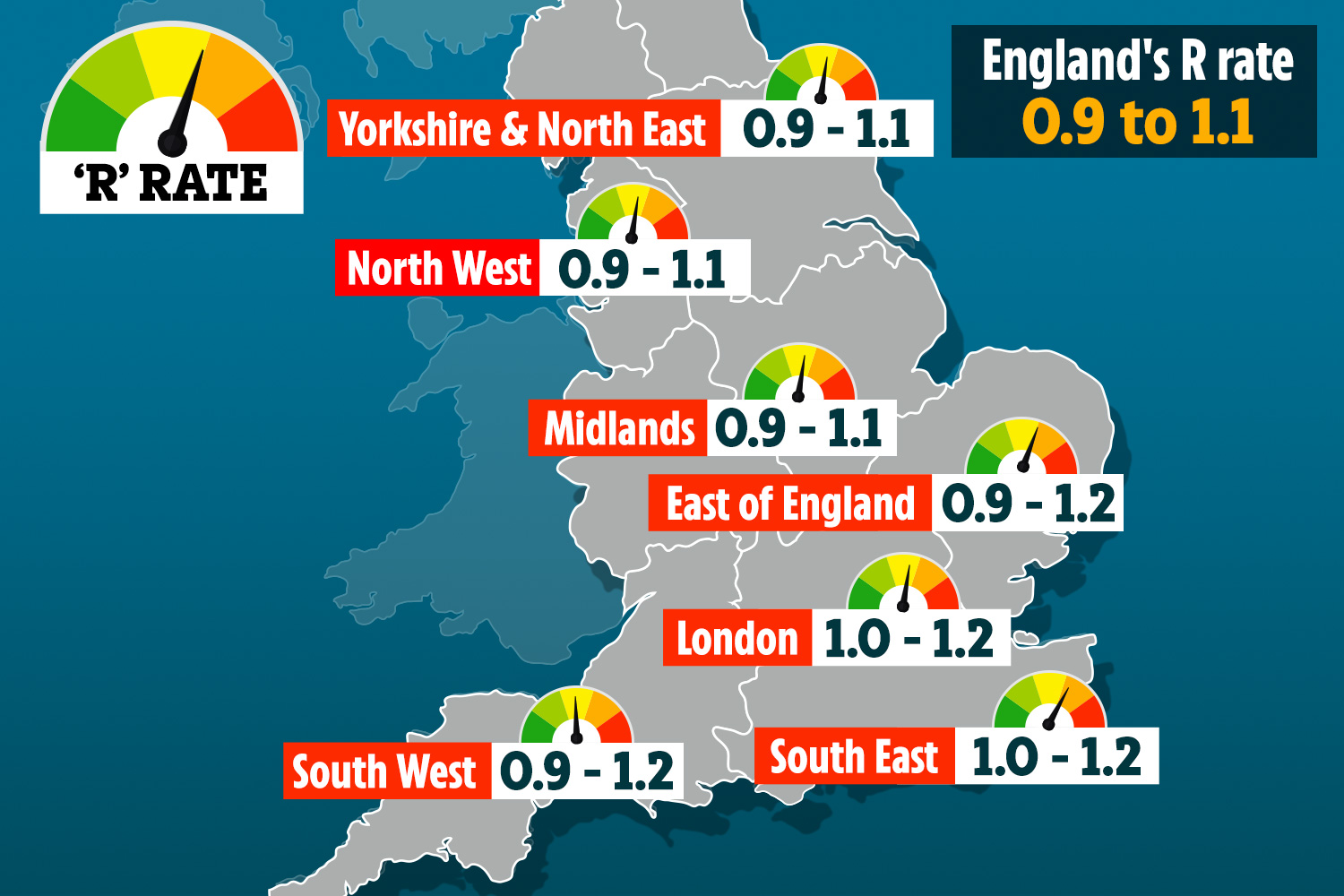 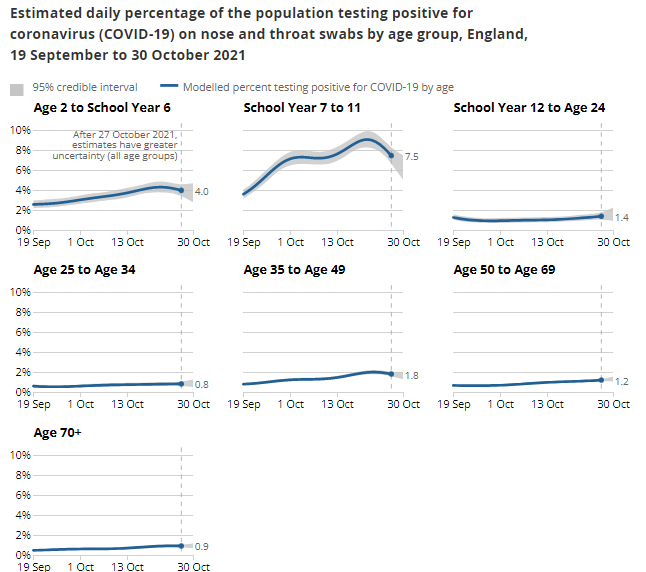 Rates have decreased in school kids in year 7 to 11, but still remain at high levels.

Official graphs from the Office for National Statistics (ONS) show that cases in this age group are still higher than others but that they have significantly tailed off in the last week.

Experts have warned that it's too early to distinguish whether or not the October half term break has had an impact on infections.

An R value between 0.9 and 1.1 means that, on average, every 10 people infected will infect between 9 and 11 other people.

The Midlands, the North East and Yorkshire and the North West have the lowest rates in England – all between 0.9 and 1.1.

Just yesterday King's College London's Professor Tim Spector, who is the lead for the ZOE Symptom Tracker app said he country could be past the worst of the virus for this year at least – but urged eligible Brits to get their booster to drive down infections.

Prof Spector said: "It’s great that we’re finally seeing cases start to come down, and hopefully we’re over the last great peak of Covid in 2021.

"This is driven in large part by declining cases in children who have been on half term holidays and by high rates of previous infection, but we’re hopeful that the trend will continue."

While Prof Spector says the UK may have 'passed the peak', the number of people currently infected is similar to levels seen in January – when the UK was still in lockdown.

Cases have slightly climbed in older age groups and Covid deaths have been over 200 a day for the last three days.

Dr Simon Clarke, Associate Professor in Cellular Microbiology, University of Reading said that millions of people are still be infected and could be unwittingly passing the infection on to others.

He said: "While there may be a slight downturn in the figures compared to the previous week, it is too early to know if this will be the peak of the latest wave of infections or just a temporary week to week reduction.

"The slightly lower numbers overall are likely due to a reduction in cases among children, which may be an impact of the autumn half term school holiday, and the rising numbers of vaccinated teenagers.

“It is concerning that infection levels in older people could be on the rise.  This may be a result of waning immunity, which would emphasise the importance of the current booster jab campaign.”

Data from the Government dashboard up to October 31 shows that cases have fallen in 301 of the 377 local authorities in the UK.

Cases have seemingly fallen as data up to October 21 showed that cases had been highest in Tewkesbury, Gloucestershire at 831.1 per 100,000 people.

But the newest data shows that Copeland in Cumbria has the highest rate in the UK, with 526 new cases in the seven days to October 31, the equivalent of 773.1 per 100,000 people.