COVID'S third wave in the UK may not have peaked yet, as cases stay high and start to rise again.

The biggest infection survey shows the slight dip seen at the beginning of the month has now faltered. 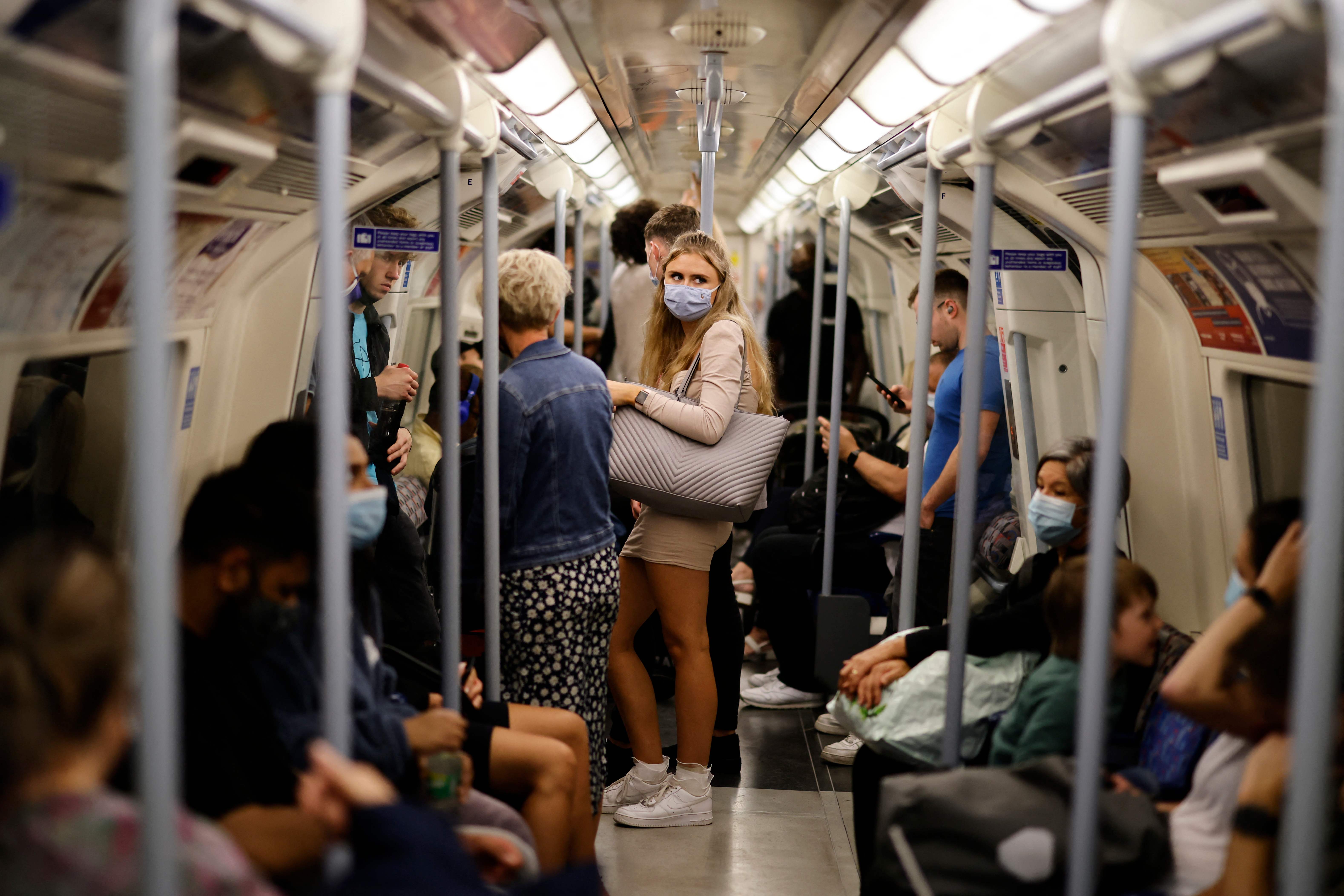 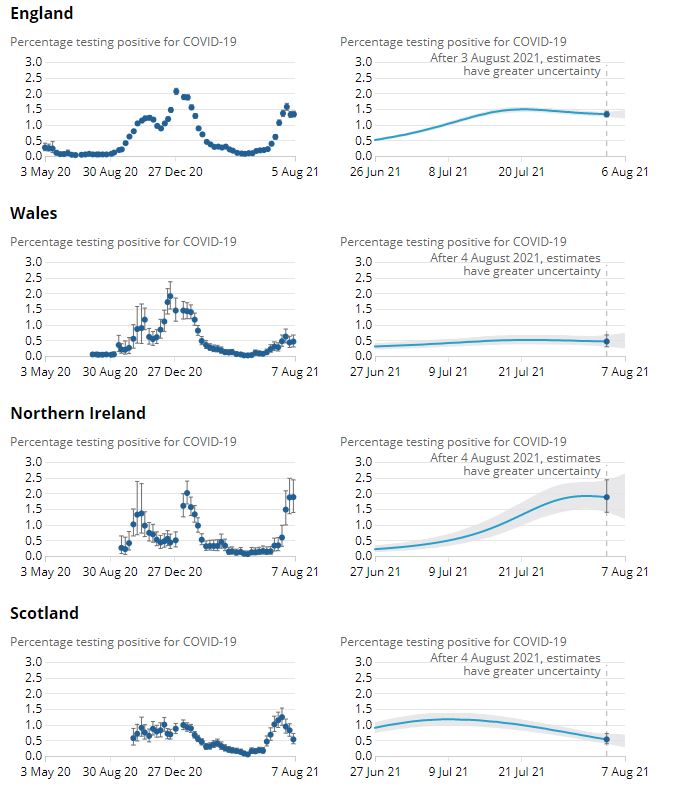 It was revealed in Office for National Statistics (ONS) data today infection rates are still high in England.

The survey, using information up to August 7, is a little behind the ZOE Symptom Study App – which showed yesterday cases are rising again.

It found infections in the over-60s had also increased, in the first sign those vaccinated in the first waves of the rollout might be seeing immunity waning.

This indicates booster shots planned for next month are coming at the right time.

Professor Tim Spector, lead scientist, said: "The decrease in cases that we saw last week appears to have faltered over the last few days, and we’re seeing signs of an uptick."

The R rate is still above the critical number 1 in the England, experts said today.

Government officials said the R rate is between 0.8 and 1, down slightly from the 0.8 to 1.1 reported last week.

It reflects trends three weeks ago – when data showed downard trends in cases – rather than the current situation.

Sarah Crofts, Head of Analytical Outputs for the ONS Covid-19 Infection Survey, today said: "It is still too early to say whether we have seen the peak of the current wave.

“While infection rates remain high in England as a whole the most recent data show decreases in the North, the West Midlands and in London.

"In Yorkshire and the Humber, however, the number of people testing positive has gone up and elsewhere in England the trend is uncertain.

"In other parts of the UK the picture is also mixed. It’s encouraging to see the trend continuing to decrease in Scotland but Northern Ireland remains high and in Wales the trend is also uncertain."

The ONS said rates have increased for those from school year 12 to those aged 24.

Around one in 30 people from school years seven to 11, and year 12 to age 24, are estimated to have had Covid-19 in the week to August 6 – the highest positivity rate for any age group.

Professor James Naismith, director of the Rosalind Franklin Institute and University of Oxford, said: "We cannot pontificate our way past the grim reality of this virus. 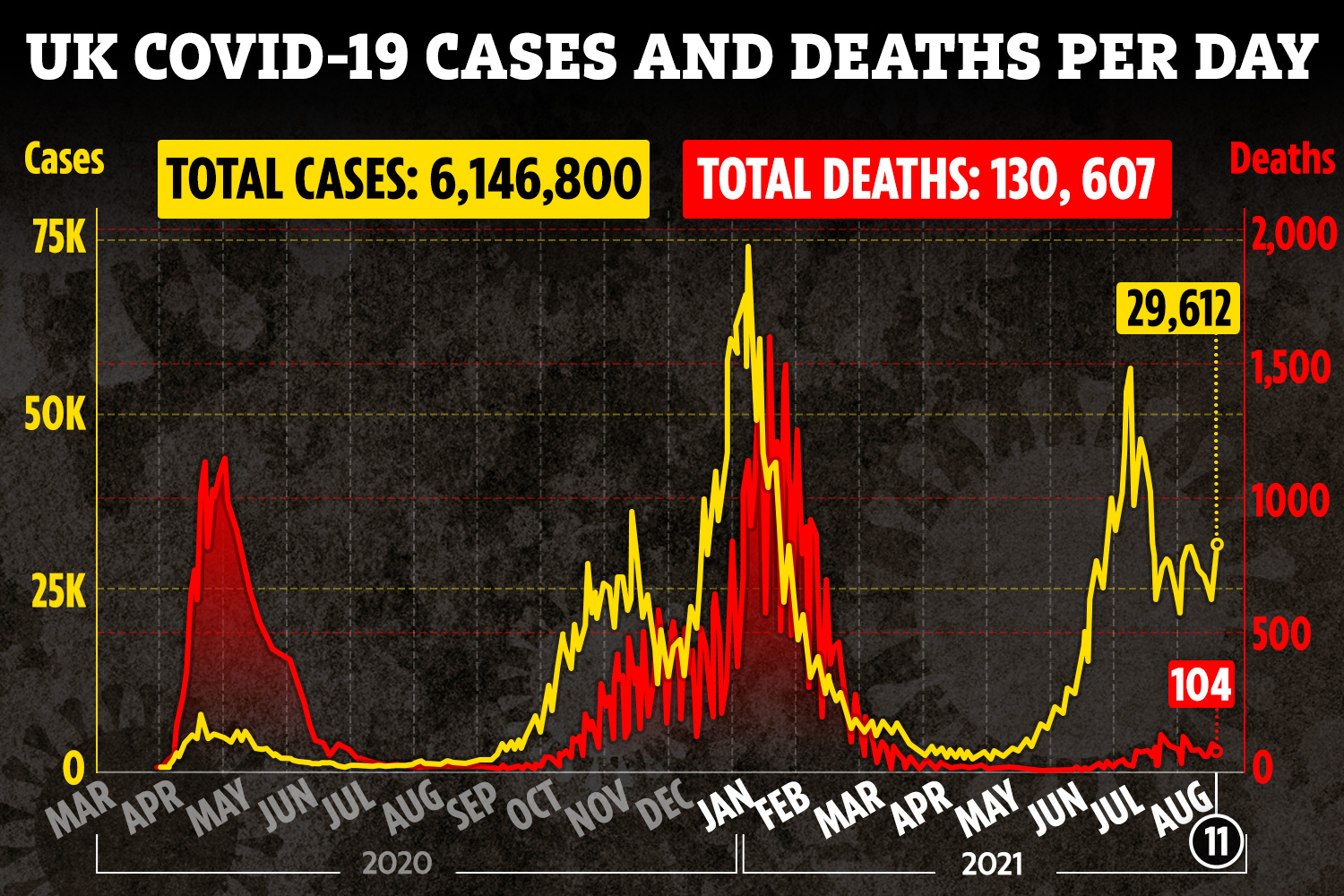 “This week’s ONS survey data up to 7th August undermine some of overly certain rhetoric about the trajectory of Covid-19 infections.

"The data show that prevalence in Scotland has fallen to around 5 to 6 per thousand, whilst England is largely unchanged from last week, at around 15 per thousand.

“The third wave which took off mid June has peaked in England around the end of July, somewhat earlier in Scotland.

“All other things being equal, we would expect the same steady decline in case numbers in Scotland to be mirrored in England.  However, other things are not equal.

"Of particular note are two events; firstly the end of restrictions in Scotland and England and secondly the return to school in Scotland soon to be followed by England.  This will be followed by a move indoors as the summer wanes.

“I would expect to see a rise in cases, a “fourth” wave."

Yorkshire and the Humber had the highest proportion of people of any region likely to test positive for the virus in the same week – one in 50.

The ZOE study found there are currently 45,911 new daily cases of Covid in the UK.

This is a slight fall from 46,905 last week – which suggests the rate of decline has slowed.

And this week we told how infections are rising in 186 areas across the country – with 59 per cent of UK spots seeing an increase.