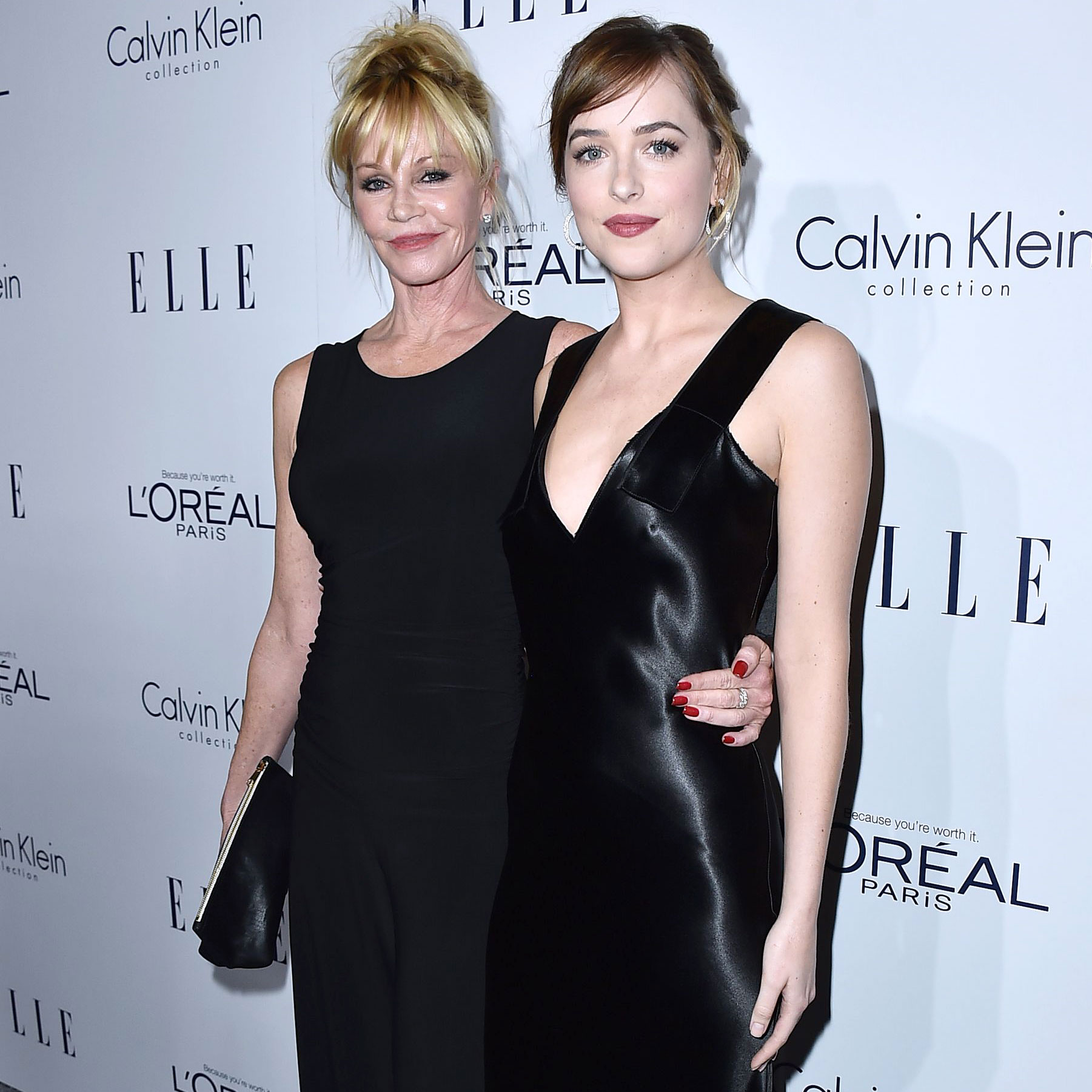 “I don’t like it [when she posts childhood pictures],” the Fifty Shades of Grey star, 32, said during her Wednesday, January 19 appearance on The Late Late Show With James Corden.

Unlike her mother, 64, Johnson doesn’t have any social media accounts, which makes it hard to keep any less-than-flattering photos from being made public.

“I don’t find out about it until it’s really baked into the internet, and somebody will send it to me like, ‘Oh, you were so ugly,’ or say, ‘You were so cute when you had braces and a slicked-back ponytail,’” the actress continued. “I become like a 12-year-old and I’m like, ‘Mom, you can’t do that. We’ve had this conversation so many times!’ She doesn’t care.”

Celebrities Who Took a Break From Social Media

The Lost Daughter star acknowledged that Griffith “is the most amazing person,” but like many mothers, “she embarrasses me in front of a lot of people.” Most notably, Johnson recalled a moment when the Lolita star awkwardly caused a scene in front of her childhood crush, Jonathan Taylor Thomas.

“I saw him in the airport and I was like, ‘Oh my God, Mom … it’s him, it’s really him,’” the Suspiria actress told host James Corden of the incident, which occurred when she was around 8 years old. “I was like, ‘We’re gonna be married. We’re gonna be together forever … We’re the same. We love each other.’”

Griffith immediately called the Home Improvement alum over to talk, but Johnson ran away in fear. “I was across the airport [hiding] behind a potted plant,” the How to Be Single star joked. “I was trying to be invisible.”

As Johnson’s career has earned more attention over the years, so have the awkward moments with the Raising Hope alum. The mother-daughter pair even famously bickered during an interview on the Oscars red carpet over whether Griffith would watch Fifty Shades of Grey.

“She’s a really good actress,” Griffith told Lara Spencer in February 2015 about her and ex Don Johnson‘s daughter’s steamy breakthrough film. “I don’t need to see [Fifty Shades] to know how good she is.”

Spicing It Up! See the 11 Hottest Onscreen Kisses Ever

In response, the Fifty Shades Darker star gave up on attempting to convince Griffith to see the film. “Alright! You don’t have to see it,” the Texas native snapped before turning away from the camera. “Jesus Christ.”

One year later, Griffith told E! News that she had seen “a little bit” of the BDSM-themed movie, but confessed she probably wouldn’t watch much more. “I just can’t quite bring myself to watch the love scenes, she explained at the time.