She may be in de-Nile.

The 38-year-old shared photos of her Middle Eastern junket to social media on Sunday.

“It was a long and amazing journey for 2 weeks and it ended yesterday morning with the great pyramid and the Sphinx….. during a full moon of course,” she captioned an Instagram photo, where she posed in front of the Great Sphinx of Giza. “Everything is right on time. ☺️🙌🏼.”

She added that she would be posting more photos, saying that there were “lots of wow! Lots of History and So many questions about how and who done it.”

Patrick also shared photos of herself riding a camel in front of the pyramids.

“As if the last day of the Egyptian initiation trip couldn’t get any better, I hitch hiked a ride on a camel! 🐪……dreamy trip ✨✨✨,” she wrote on Monday.

Despite losing Rodgers to Woodley, the racing champ still feels like a winner.

“The last picture with my arms up in the air was a symbolic shot…. when I won my first go-kart race at 10 I went across the finish line doing the same thing. Winning, as I finally made it to Egypt! 🙌🏼,” she said.

She and Rodgers dated for two years until breaking up in July 2020. 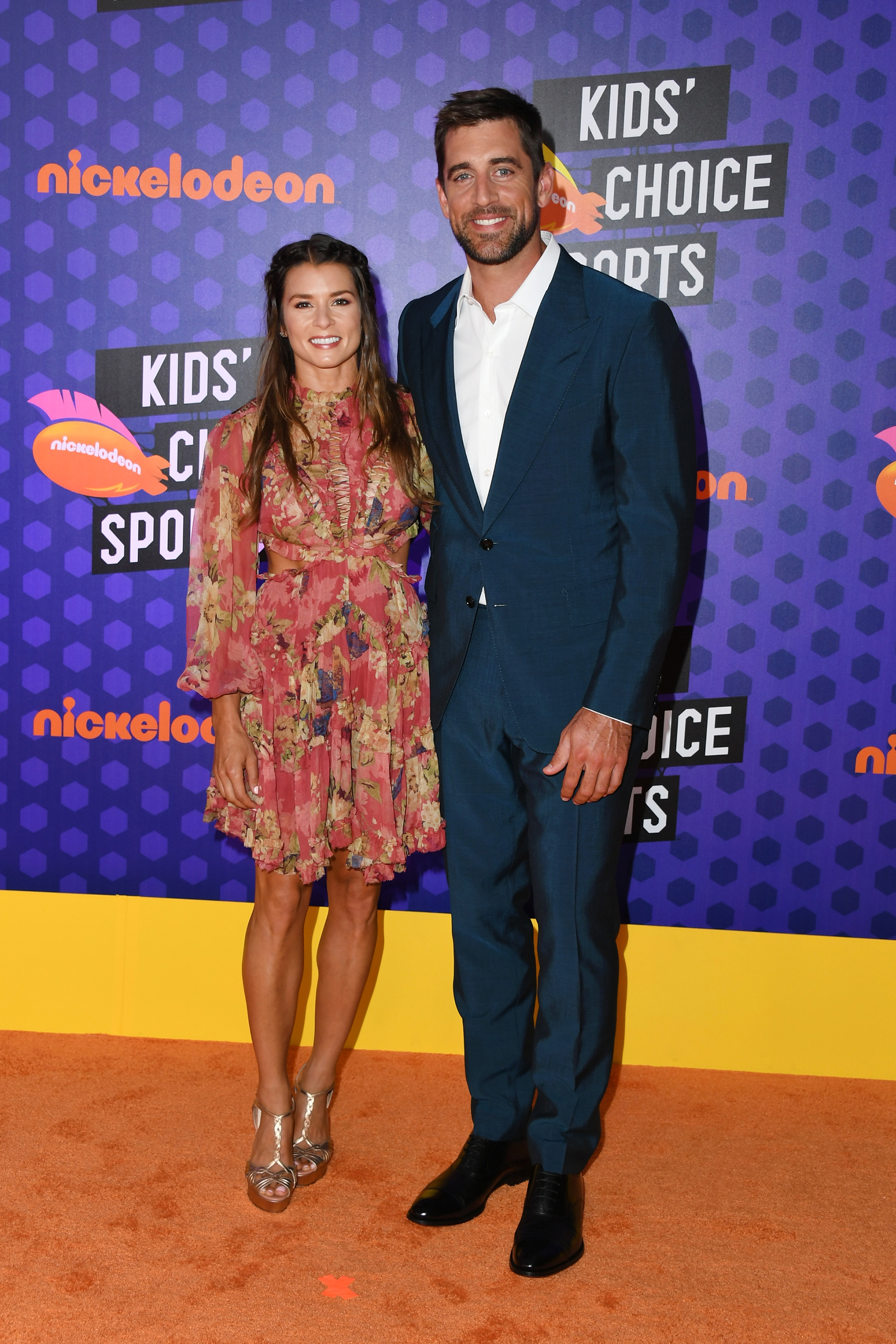 Rumors of a romance between Woodley and the Green Bay Packers quarterback started swirling in February, followed by Rodgers, 37, revealing he was engaged but not saying who his fiancée was.

Woodley, 29, then confirmed last week that she and Rodgers were heading for marriage.

“For us it’s not new news, so it’s kind of funny everybody right now is freaking out over it,” the actress said during an appearance on “The Tonight Show.” “We’re like, ‘Yeah we’ve been engaged for a while.’”

Coincidentally, Page Six reported that Woodley and Rodgers share the same astrologer. And wouldn’t you know it, Rodgers met the cosmic coach through Patrick.