Darwin’s Arch collapsed yesterday due to natural erosion, according to the Ecuadoran Ministry of Environment. The natural arch off the Galapagos Islands stood less than a mile away from Darwin Island, named after English biologist Charles Darwin.

The rock bridge, made of natural stone, collapsed into the ocean leaving behind the two pillars at either side.

The Galapagos Islands are a UNESCO World Heritage site, famous for its unusually high levels of biodiversity—and for inspiring Charles Darwin’s theory of evolution by natural selection.

The archipelago is made up of 234 islands, inlets and rocks and sits in the Pacific Ocean, roughly 563 miles from the Ecuador coast. 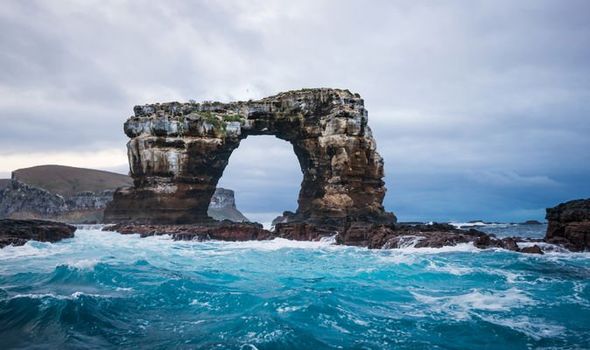 It comes as Leonardo DiCaprio has unveiled plans to donate $43 million (£30.4 million) towards rewilding the Galapagos Islands.

The actor’s donations will fund projects including efforts to restore Floreana Island, home to 54 threatened species, and reintroduce 13 locally extinct species, including the Floreana mockingbird – the first mockingbird described by Charles Darwin.

The money will also pay for a captive breeding programme and other activities to prevent the extinction of the pink iguana, and strengthen measures to protect the Galapagos’ marine resources.

Mr DiCaprio said: “When I travelled to the Galapagos Islands, I met with Paula Castaño and other environmental heroes in Ecuador, working day in and day out to save one of the most irreplaceable places on the planet. 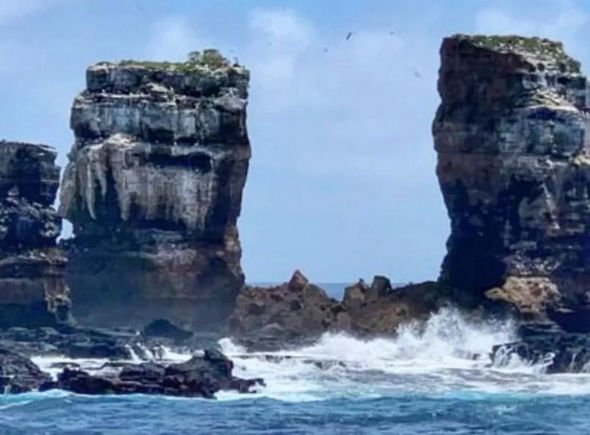 “Around the world, the wild is declining. We have degraded three-quarters of the wild places and pushed more than one million species to the brink of extinction.

“More than half of Earth’s remaining wild areas could disappear in the next few decades if we don’t decisively act.

“The environmental heroes that the planet needs are already here. Now we all must rise to the challenge and join them.”

Paula A Castaño, who has worked as an island restoration specialist for eight years, will take over DiCaprio’s Instagram and Twitter accounts to promote critical interventions needed to rewild the Galapagos.