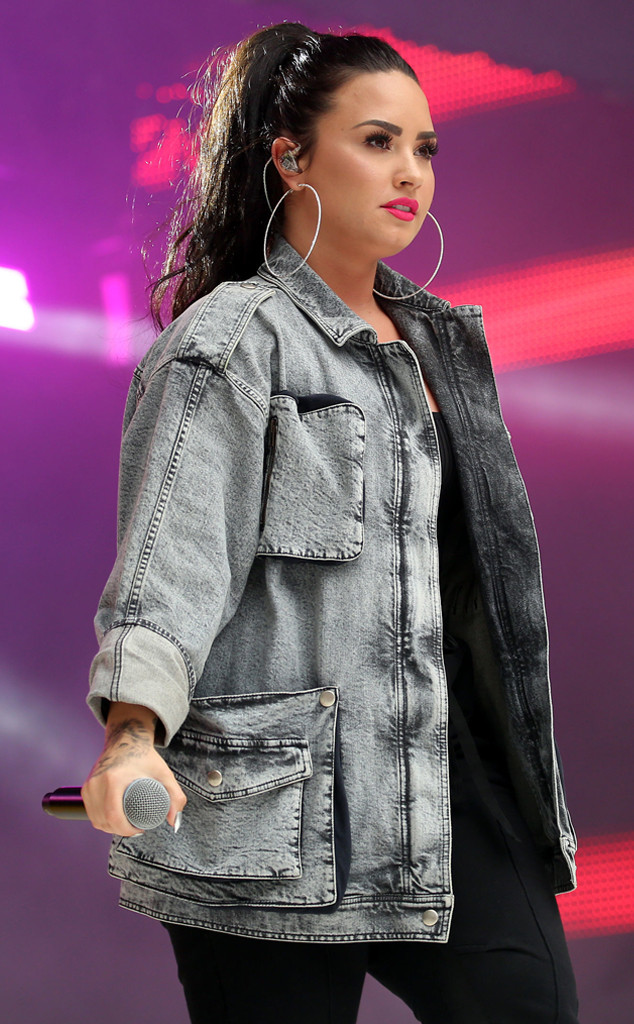 Oh, say can you believe this?!

Demi Lovato is gearing up to take the stage at the 2020 Super Bowl On Thursday, the “Sorry Not Sorry” singer announced that she’ll be singing the National Anthem at the Super Bowl LIV, following in the footsteps of superstar performers like Lady Gaga, Pink, Christina Aguilera and more.

Taking to social media to share the exciting news with fans, Demi wrote, “Singing the National Anthem at #SBLIV See you in Miami @NFL.”

The “Confident” singer’s rendition of “The Star-Spangled Banner” isn’t the only performance Lovatics can look forward to. Just days before her exciting announcement, Demi shared that she’ll be performing at the 2020 Grammys later this month. Thrilled to be joining the show’s star-studded line-up, she wrote, “I told you the next time you’d hear from me I’d be singing #GRAMMYs @recordingacademy @cbstv.” Grammy-nominated artists Camila Cabello, the Jonas Brothers, Lizzo, Billie Eilish, Ariana Grande and more will also be performing.

Also getting ready to put on an amazing Super Bowl performance are Pepsi Half Time headliners Jennifer Lopez and Shakira. Earlier this week, the Hustlers star treated fans to a sneak peek of her performance on TikTok, hinting that something epic is to come.

Sharing a video from one of her rehearsals, J.Lo can be seen leading a group of young dancers to choreographed dance to her song “On The Floor.” She also asked her followers to send her videos of them dancing along, promising to share her favorites.

For her part, Shakira has been busy hitting the gym to prep for the show. Speaking with E! News, the “Hips Don’t Lie” singer’s trainer Anna Kaiser revealed how she’s helping her get Half Time Show ready.

“Every day is different because I want to make sure I’m preparing her not just for the Super Bowl, but for each day as it comes,” the celebrity trainer shared. “For instance, yesterday she had a really long dance rehearsal in the afternoon, so we just focused on an hour of pure strength in the morning. [Some days] she has even longer days of physical dance rehearsals, so she just started with something very short: 20 minutes, and then [she’s off] to get herself ready, head in the game, focused.”

While Anna couldn’t share much about the performance, she did declare that the show is “going to have crazy energy.”

We can’t wait to see Demi, Jennifer and Shakira bring down the house at the 54th Super Bowl on February 2.