The Tragedy of Macbeth star and Hollywood veteran much prefers being behind the camera these days. 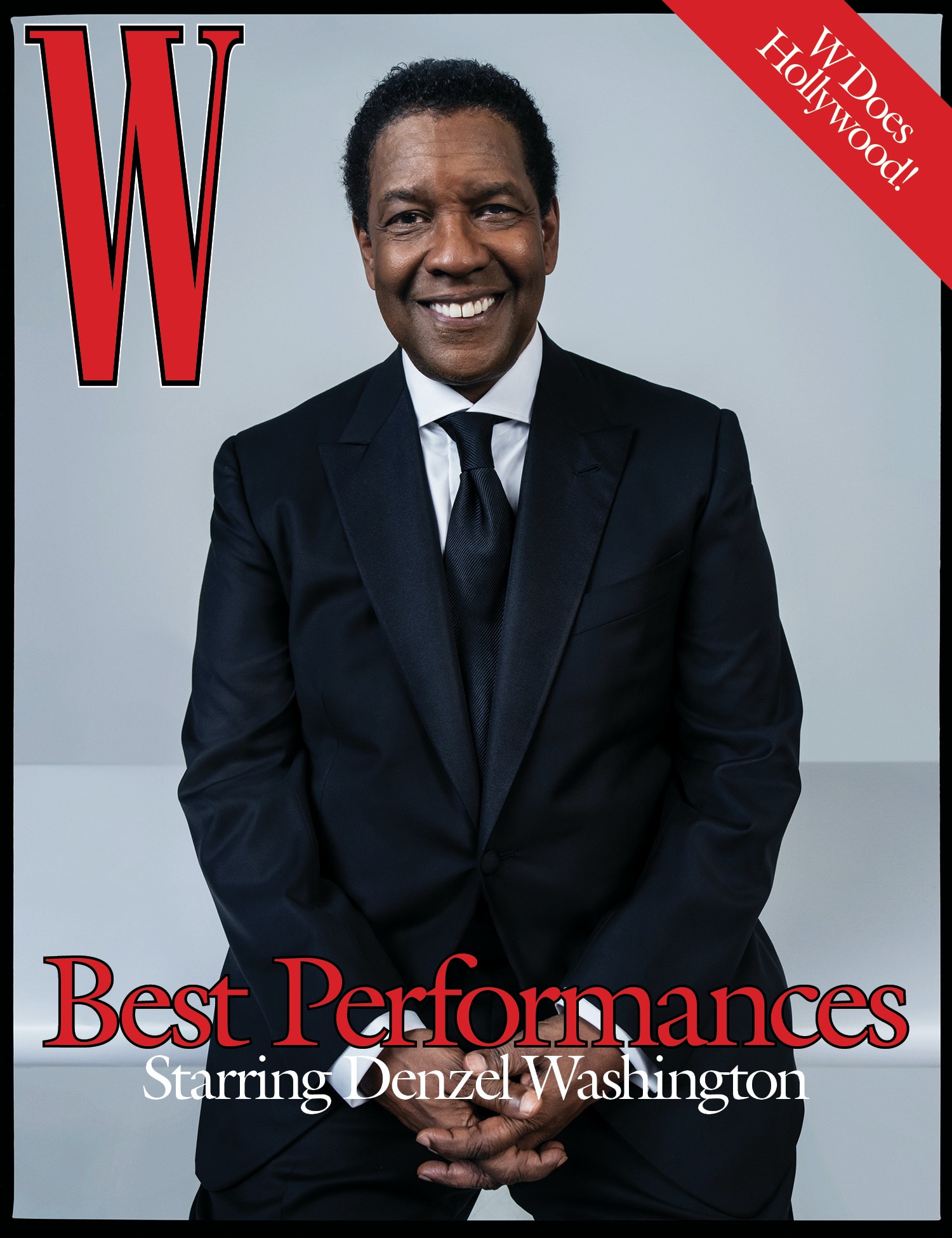 For over four decades now, Denzel Washington has transfixed audiences with acclaimed performances in everything from Malcolm X to Fences. With his latest turn as the titular Thane of Cawdor in The Tragedy of Macbeth, the Hollywood titan somehow bests himself. Played with droll gusto opposite Frances McDormand, Washington’s take on the antihero is at once exhausted and exhilarated—a testament, he says, to director Joel Coen’s casting. For W’s annual Best Performances issue, the two-time Oscar winner reflects on his remarkable career so far.

When you started out as an actor, were you attracted to Shakespearean roles?

The second role I played in college was Othello. I was 20 or 21. With this Macbeth, I think it’s interesting to have an older couple play the parts. There’s a desperation. There’s a finality.

It’s very theatrical the way Joel Coen staged it. Did he see it first as a stage production?

I don’t know how he first thought of it. By the time it came across my desk, it was already going to be a film. Frances had done the play in, I believe it was Berkeley, somewhere over there, at Berkeley. So, she wanted to revisit it.

Was it a big deal in your life when you first booked St. Elsewhere?

Did you feel like television was a big departure because you were a theater actor?

No, it was another job. I mean, it was a good job, but it wasn’t like, "Yeah, we’re good to go now for six years, and we’re going to be a success." St. Elsewhere was never a ratings hit. Every year I would come into the office and ask Bruce Paltrow, God rest his soul, "Should I rent next year, or should I buy?" And he’s like, "I think you should rent." I’m like, “Okay.” I’m asking the guy who knows. So, I’ll continue to rent.

One of my favorite movies of yours is American Gangster. I saw that movie with Pedro Almodóvar, and when he was watching the movie, he said that you’re the greatest American actor and you have the greatest walk on camera. Are you conscious of that walk at all?

There was a guy I grew up with, his name was Wayne Bridges, and in fact his son became a very famous rapper, Ludacris, Chris Bridges. Me and Wayne, we used to follow this guy Walter. And Walter had a cool walk. We were young and impressionable, and we tried to walk like him, the way he moved his shoulders. We’d practice our walk, so I think some of that stuck.

If you’re watching TV and something of yours comes on, do you watch it?

I might watch a scene. I don’t watch it long.

Do you ever get starstruck?

I used to be that way, and probably still, to a degree, with athletes. Athletes, they want to be actors, and actors want to be athletes. So, I remember meeting Michael Jordan when I was young, and different athletes, you get that starstruck kind of feeling.

Your son, John David Washington, once told me that acting and sports were similar in that they are "both things that you have to just keep doing and keep doing before you get to be great."

And John David was a professional at both. I wasn’t. I mean, I was [an athlete in] high school and college, but he played in the NFL, so he knows both on the highest level.

And he said there was "nothing like the pain of football."

I haven’t experienced that like him. He’s had, what, broken clavicle, torn knee? Oh, man, I forgot what else he’s had. He’s had a few things. Achilles … that’s what finished him, in fact, was the Achilles.

So upsetting. Did you see it happen?

No, I wasn’t there. He was just trying out. I think it was for the New York Giants. And he heard a pop, and he knew that was it. In fact, I think he auditioned for the TV show Ballers with a cast on his foot. They probably thought, "Wow, he’s a thorough actor."

Did you always want to direct?

No. Never thought about it. Todd Black, my producing partner over the years—I think we’ve done about eight projects together—he thought that I would make a good director, and he kept saying, "You’ve got to direct." So finally, I did.

And did you enjoy it?

Yes, no question. At this point in my life, absolutely. The challenge is greater. Obviously, the Tragedy of Macbeth is a great challenge. So, things like that, when the bar is raised that high, and it’s Joel Coen and Frances McDormand and everybody else. I love collaborating with other talented people. You do that as an actor, but just sort of working on your part. You come out of your trailer, do your part, and then you go back inside. But directing a film, [you’re working with] all departments, talking to everybody. I love it.

Was it interesting to direct Fences after you starred in it on Broadway with somebody else directing?

I never thought about that, because it’s totally different. But I stole every good thing that Kenny Leon put into the play, and I take full credit for it now.

Do you find it difficult to direct yourself?

I’ve wanted to fire myself a couple of times. But I always hire myself back. I make up with myself, but I do hold myself accountable. [Laughs]

How did A Journal for Jordan come about? I know it’s from Dana Canedy from The New York Times.

It’s a love story. And it’s unique in that the audience knows what’s going to happen, but the characters in the film don’t know. It was something that Todd, my producing partner, and I were connected with for many years, but it wasn’t anything I was going to direct. It was just something to produce. He kept working on the script with Virgil Williams, a great writer, and they came up with this version of the script in 2018. I was like, "Whoa, this is good. I’d like to direct this.” And then I did it.

You’re so talented, do you think actors find you intimidating?

I don’t know about all that. I’m just me. I’m an ordinary guy with an extraordinary job. Not the other way around.