Diana Athill, an Englishwoman who wrote a series of critically lauded memoirs chronicling her romantic and sexual liaisons over much of the 20th century, but who attained international literary celebrity in her 90s with the publication of an installment about the waning of desire, died on Wednesday in London. She was 101.

Her death, at a hospice, was confirmed by Granta, her British publisher.

Ms. Athill’s renown came with “Somewhere Towards the End,” the sixth — though by no means the last — volume of her autobiography. Published in 2008, the year she turned 91, it is a meditation on the inevitable pains, and unexpected pleasures, of aging.

Jenny Diski, reviewing the volume, wrote in The Sunday Times of London, “Such a book is in itself a rare enough thing, but a book about old age written by a woman with a cold eye for reality and no time for sentimental lies is as rare as — well, as rare as a thoughtful discussion about a woman’s sexuality after the age of 60.”

“Somewhere Towards the End” won a Costa Book Award (formerly the Whitbread Book Award) in Britain, and a National Book Critics Circle Award in the United States.

Ms. Athill’s authorial success was all the more striking in that she had never intended to be a writer. Long before she put pen to paper, she was known as “the doyenne of English book editors,” as The New York Times Book Review described her in 2001.

A founding director of the London publishing house André Deutsch, Ms. Athill presided over a stable of authors that included Jean Rhys, V. S. Naipaul, Mordecai Richler and John Updike. She began writing only in her 40s, first short stories and then — her true métier — autobiography.

Over the next half-century, she produced eight or nine volumes of memoir (it depends on how one counts), the last of which, “A Florence Diary,” appeared in 2016, when she was 99.

From her first volume, “Instead of a Letter” (1962), to her last, Ms. Athill was praised by critics for her luminous prose, gimlet social acuity and ability to convey a profound sense of place.

Above all, she was praised for her candor. Ms. Athill was noted in particular for her cleareyed, unflinching honesty about her sexual appetites — long deemed a taboo thing for women to have, much less write about — and the exquisite pleasure, and exquisite pain, that they had engendered. 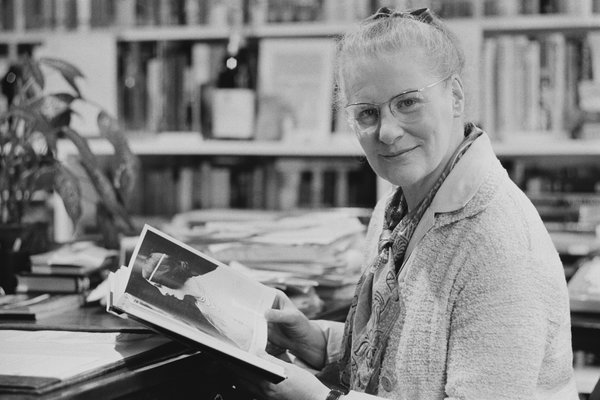 One volume of her memoirs was about a man she loved deeply, who forsook her to marry another woman. Another was about a relationship — ardent on her part, reluctant on his — with a depressive Egyptian novelist who killed himself in her London flat.

A third was about another lover, an American black nationalist, later murdered. A fourth was about the man she loved next, the woman he loved and the surprisingly companionable living arrangement that all three shared for years, at Ms. Athill’s invitation, in her home.

Read collectively, her memoirs form a shimmering, meditative, highly erudite “Sex and the Single Girl,” by way of a thousand-acre English country estate and Oxford University.

In 2008, the British tabloid The Daily Mail published a profile of Ms. Athill with the headline “Confessions of a Promiscuous 90-Year-Old,” a turn of phrase that made her, she said afterward, “jolly cross.”

Then again, she added with characteristic pragmatism, “If you write these things, you have to lump it.”

The contrast between the unbridled subject matter of Ms. Athill’s memoirs and the very bridled background of their author became deliciously apparent the minute she opened her mouth. What emerged, as The Sunday Telegraph put it in 2011, was an English “so beautifully enunciated it makes the queen sound faintly common.”

Indeed, for all her literary bohemianism, Ms. Athill had been reared in a 20-bedroom Georgian country house bristling with butlers and gardeners and maids. It was an idyll, she came to feel, that for all its charms was perilously unrepresentative of the wider world.

The daughter of Lawrence Athill, an army officer, and the former Alice Carr, Diana Athill was born on Dec. 21, 1917, in London, and grew up in the county of Norfolk, in the east of England.

Her immediate family was upper middle class at the best of times: Her parents — unhappily married, as she recounts in “Yesterday Morning,” her 2002 volume — lived chronically above their means. But she spent much of her girlhood at her maternal grandparents’ vast Norfolk estate, Ditchingham Hall, to which she gave the pseudonym Beckton.

There, she and her siblings rode horses, played merrily in the fields and orchards, and took fiendish glee in torturing a series of governesses.

Of one, a hapless Frenchwoman, Ms. Athill recalled: “She would sit there weakly accepting our assurance that it was the custom in England to eat boiled eggs with honey, mustard, Ovaltine and a pinch of birdseed,” adding, “We did it for several mornings to prove our point.”

At 15, she met a handsome Oxford undergraduate, hired to tutor her brother, “and within two days,” she wrote, “the lines of my life were laid down.” When she was 19, she and the young man, whom she called Paul, became engaged.

After he joined the Royal Air Force and was posted overseas, they wrote each other impassioned letters, envisioning their lives together. Then … nothing.

She heard from him at last two years later, when he sent a terse note asking to be released from their engagement so that he could marry someone else. The pain, Ms. Athill wrote, “was nearest to the physical — to that of a finger crushed in a door, or a tooth under a drill.”

Paul was killed in the war soon afterward, but by then, she wrote, “he had already gone away from me.”

The ache of his betrayal did not subside for some 20 years. Through that time — including her own education at Oxford, her wartime job as a researcher with the BBC and the start of her publishing career — she sought consolation in myriad affairs. Loveless affairs were best, Ms. Athill determined, for she had learned to equate intimacy with pain.

She found professional satisfaction, at least, in her work as an editor — first at Allan Wingate, the publishing house begun by Mr. Deutsch after the war, and later at his eponymous house.

At André Deutsch, she was midwife to Ms. Rhys’s novel “Wide Sargasso Sea.” With Ms. Athill’s hand-holding, Ms. Rhys — brilliant, fragile, alcoholic and living in impoverished obscurity — finished the book after nine years of struggle. A reworking of “Jane Eyre” from the perspective of Mr. Rochester’s mad wife, it was published in 1966 to great acclaim and remains a touchstone.

Ms. Athill began writing in the late 1950s, producing a moderately well-received volume of short stories, “An Unavoidable Delay,” in 1962. But it was only when she was in her early 40s, when her maternal grandmother was dying, that she was impelled to turn to autobiography.

“What have I lived for?” Ms. Athill heard her grandmother ask on her deathbed, and she began to wonder the same about her own life.

What resulted was “Instead of a Letter,” which chronicled her romance with Paul, his abandonment and the years that followed, during which, she wrote, “my soul shrank to the size of a pea.”

Writing the book proved restorative, and she kept going. Volume 2 of her memoirs, “After a Funeral,” recounted her passion for the Egyptian novelist Waguih Ghali, who shared her home but, despite her importuning, shared her bed only once.

A memorial to those who lost their lives in 2018

The volume displays her typical painful honesty about herself, from her admitting to having read Mr. Ghali’s diary to her recounting of what she found there:

“My reactions to Diana are sparked by my physical antipathy to Diana,” he wrote. “I find it impossible to live in the same flat as someone whose physical body seems to provoke mine to cringe.”

In December 1968, in that flat, Mr. Ghali swallowed an entire bottle of sleeping pills. He died the next month.

Volume 3, “Make Believe” (1993), centers on Ms. Athill’s affair with the African-American nationalist writer Hakim Jamal. After their romance ended, Mr. Jamal, who had become unstable and believed he was God, was murdered in Boston in 1973 by members of the militant black organization De Mau Mau.

Throughout her romantic life, Ms. Athill said, she found it a particular convenience to be “the other woman.”

“What I was really happy with,” she wrote in “Alive, Alive Oh!,” “was a lover who had a nice wife to do his washing and look after him if he fell ill, so that I could enjoy the plums of love without having to munch through the pudding.”

On matters of infidelity, she was an equal-opportunity adherent. “Somewhere Towards the End” recounts her long relationship with the married Jamaican playwright Barry Reckord — they lived together for some 40 years, though they were lovers for far fewer — and the arrival of Mr. Reckord’s young lover, Sally, with whom they lived happily together for six years.

“I was in my late-ish 40s,” Ms. Athill recalled in an interview with The Observer, a British paper, in 2009. “Then darling Sally turned up, and we were both so very fond of her.”

As good as her word, Ms. Athill never married. She leaves no immediate survivors.

Her other books include the memoir “Stet” (2000), about her life in publishing, and the novel “Don’t Look at Me Like That” (1967), a coming-of-age story about teenage girls.

She was awarded the Order of the British Empire in 2009.

Not every critic was captivated by Ms. Athill’s confessional style. Reviewing “Make Believe,” the British magazine New Statesman and Society called it “a deeply disturbing book” that “enacts a racist fantasy” in its portrayal of her attraction to black culture’s “supposed air of primitive vitality, danger and primal sexuality.”

But most praised her crystalline candor. “It was like having someone speak into your ear,” The Guardian said in 2009, “someone humane and self-amused and wise that you wanted to hear.”

Well into old age, Ms. Athill disclosed in “Alive, Alive Oh!” — with what can safely be assumed to be self-amused wisdom — she would lull herself to sleep by counting the men with whom she had been to bed. It proved far more interesting, and far more effective, than counting sheep.