This obituary is part of a series about people who have died in the coronavirus pandemic. Read about others here.

Diane Keith’s life turned around in 1987, on her first day of training for the Navy, in Virginia Beach. She had struggled through early adulthood, and she saw the military as a way to give herself direction. But that had meant leaving her infant son at home in Ohio, with her mother. Sitting there, wondering if she had made the right decision, she started to cry.

A young man walked by and tried to console her.

“It’s going to be OK,” Ronald Fillmore said. “Because one of these days, I’m going to marry you.”

She laughed, and she stopped crying. Five years later, they married.

Mrs. Fillmore, who spent six years in the service, raised three children and found a new career in her early 50s, died on Jan. 14 at a hospital in Dayton, Ohio. She was 59. The cause was Covid-19, her daughter, Britt Fillmore, said.

Diane Lynn Keith was born on Oct. 14, 1961, in St. Marys, Ohio, about 60 miles north of Dayton. Her parents, Thomas Keith and Margaret (Lee) Keith, both worked in factories.

After graduating from high school, she moved to Wichita Falls, Texas, to train to become a flight attendant. She dropped out, but she stayed in town because she had started dating someone. The two broke up while she was pregnant with her first child, Ryan, who was born in 1985.

She spent the next few months struggling to get by in Wichita Falls, at one point sleeping in her car with her newborn child beside her. She then moved back to Ohio and decided to get her life together. She enlisted in the Navy, temporarily left Ryan with her parents and set off for Virginia Beach.

In the Navy, she worked in the Bureau of Naval Personnel, where she received a Good Conduct Medal, and took Ryan back to live with her.

She and Mr. Fillmore married in 1992, the same year their daughter, Britt, was born. Mrs. Fillmore left the service in 1993 as a petty officer third class, and the family returned to Ohio, settling in Dayton.

Mr. Fillmore took a civilian job at Wright-Patterson Air Force Base while Mrs. Fillmore stayed home to raise their children. When her sister, Katherine Keith, died in 2000, not long after her husband’s death, she and Mr. Fillmore adopted their 4-year-old daughter, Jazmine Cager. 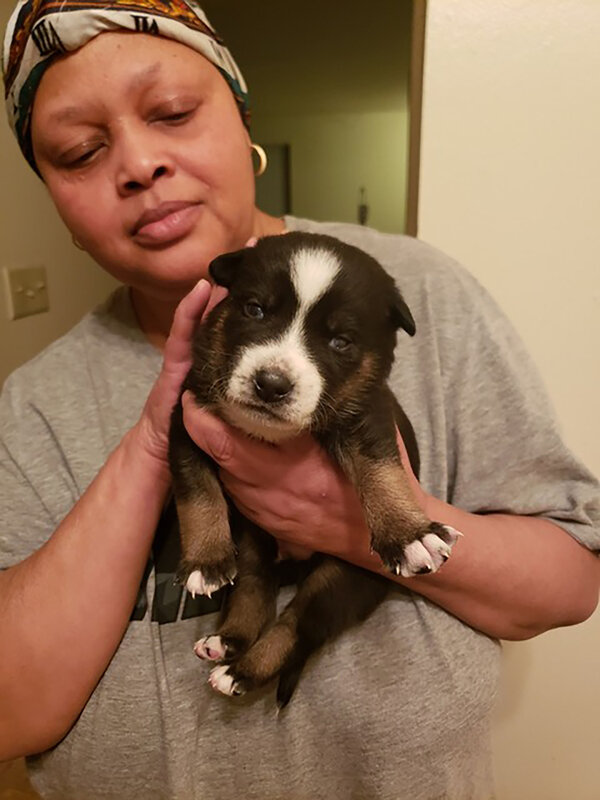 Mrs. Fillmore was known to her children’s friends as the “cool mom.” She laughed heartily and had an ear for music, especially old-school R&B acts like Frankie Beverly and Maze, as well as newer artists like Drake and Juvenile. She wore headphones constantly, dancing a shoulder shuffle while doing chores.

“Half the time, when I’d come in the house, she wouldn’t even know I was there,” Britt Fillmore said.

In 2010, after all three of her children had graduated from high school, Mrs. Fillmore found another new direction. She enrolled at Sinclair Community College in Dayton, becoming a student at the same time her daughter Britt was studying at the Art Institute of Cincinnati. She went on to receive an associate degree in medical coding.

“If my mom was in school doing good, that meant I had to do good in school, too,” Britt Fillmore said.

But the inspiration, she added, went the other way too. Mrs. Fillmore often needed help with math, and her daughter, home on weekends, would tutor her.

“Your mom teaches you so much, so it was fun to be able to teach her how to do stuff,” Britt Fillmore said. “She went from nearly failing to a B.”

After graduating in 2012, Mrs. Fillmore worked at a number of medical facilities in the Dayton area, most recently at Kettering Medical Center, where she was an account representative.

Along with her daughter Britt, she is survived by her other children, Ryan and Jazmine; her husband; her mother; her brothers, Michael, Douglas, David and Allen Keith; and a granddaughter.

Britt Fillmore said that in recent years her mother had become obsessed with a YouTube video genre known as mukbang, in which people eat enormous amounts of food while chatting with viewers. She was a particular fan of one mukbang star who specializes in seafood.

“The ironic thing,” Ms. Fillmore said, “is that she had been dramatically allergic to seafood her entire life. She would watch that and say, ‘Wow, I wish I could eat that.’”