Colton’s virginity has been the hot-button topic of this season of The Bachelor. Even before the season premiered, ads featured Colton in a parody of The 40-Year-Old Virgin movie poster, so it’s been on every fan’s mind from the very beginning. Naturally, when Colton made it to his first Fantasy Suite date with Tayshia, Bachelor Nation was eager to find out if his overnight meant that he finally took things to the next level, and many fans wondered, did Colton and Tayshia have sex? Let’s set one thing straight: They kept the date private, as they’re entitled to, but Tayshia revealed some hints.

Between their bungee jumping and skydiving adventures, Tayshia and Colton took plenty of leaps together. But the night of their Fantasy Suite date, the two hinted that they weren’t quite ready to take the big leap — totally understandable and totally both of their prerogatives. After their overnight date, Colton and Tayshia woke up side by side in bed, and Colton thanked Tayshia for their conversation the night before. Tayshia then directly told the cameras that she wanted to respect where Colton was at during that point in their relationship (the right thing to do), and she revealed they didn’t have the physical intimacy that night that she had hoped they would. Still, Tayshia told Colton that she loved him, but he left that morning without saying "I love you" back. 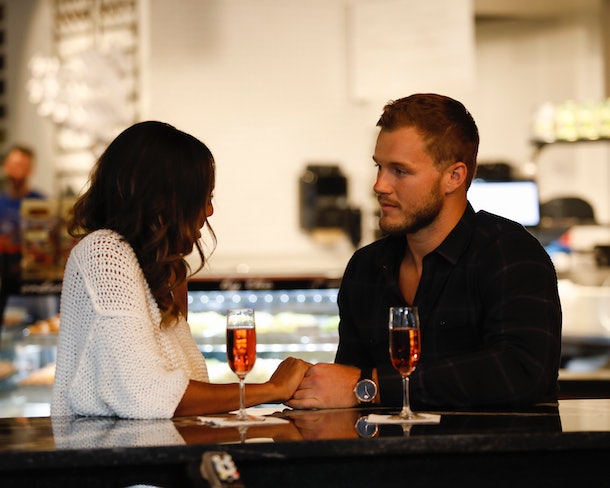 Colton has made clear that he wants to know that he’s in love the first time he has sex. Since it seems he wasn’t sure that he was in love with Tayshia, it’s absolutely understandable that he didn’t feel comfortable taking that next step with her. Honestly, Colton’s handled losing his virginity with a lot of maturity and poise. Two people in a relationship should only have sex when both of them are feeling fully comfortable with it.

Even though Colton and Tayshia didn’t have the physical intimacy Tayshia had been hoping for, they did have an emotionally intimate night with each other. Tayshia opened up to Colton about her ex-husband cheating on her, which led to the end of her marriage. Tayshia explained that she values intimacy even more after she was hurt that way, which seemed to put a bit more pressure on their Fantasy Suite date. 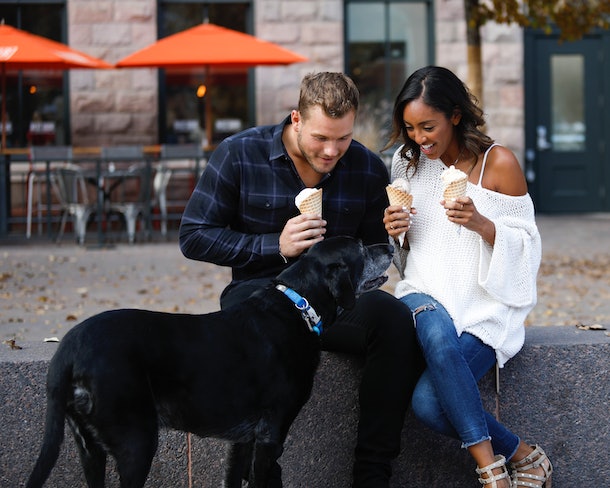 In the promo for the next episode of The Bachelor, the "Women Tell All" episode, Colton is asked if he’s still a virgin, and he seems to skirt around the question. Though fans will have to wait until "The Women Tell All" airs to see if they receive an answer, the truth is that Colton is entitled to his privacy. He’s shared a lot of himself during his season of The Bachelor, and made himself vulnerable in a number of ways. While Bachelor Nation is dying to know whether or not he loses his virginity, ultimately that’s his personal business. And with all the fence-jumping and heart-breaking going on this season, Colton seems to have enough on his plate without even thinking about sex.

The Bachelor continues with "The Women Tell All" Tuesday, March 5, at 8 p.m. ET on ABC.