A fashion entrepreneur who was beaten by her ex-boyfriend said she was left ‘speechless’ when Prince Charles surprised her with an award recognising her work helping domestic abuse victims and survivors.

Rebecca Beattie, 32, of York, suffered horrific injuries when her ex-partner attacked her in 2012 after she tried to leave the relationship. She lost the tip of her nose and was left with splayed nasal bones, fractures and a grossly deviated septum.

Her abuser was jailed but Beattie was left with physical and emotional scars, as well as ‘no money’, thanks to the thousands of pounds in debts racked up by her ex. At one point the amount owed totalled £20,000. 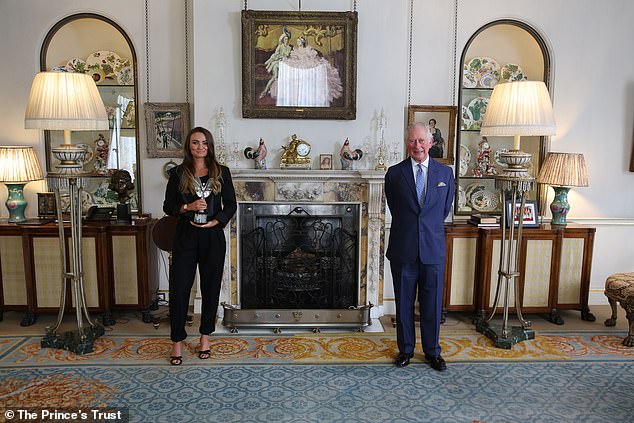 Rebecca, who is a Prince’s Trust Ambassador, found out about her achievement when Prince Charles surprised her during an interview at Clarence House. Pictured, Rebecca and Charles 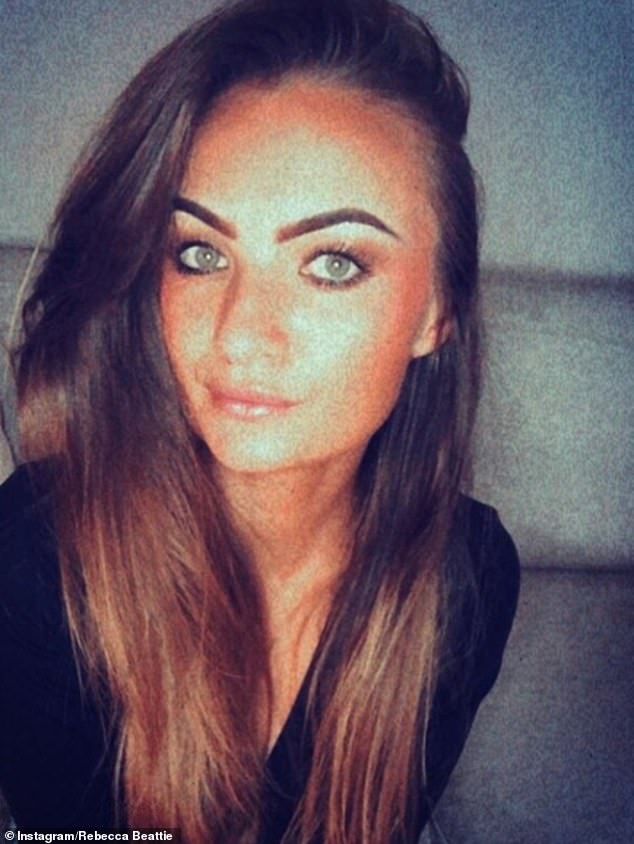 Rebecca Beattie, 32, who was beaten by her ex-boyfriend, told how she was left ‘speechless’ when Prince Charles surprised her with an award recognising her work

Determined to improve life for herself and their son, now 11, Rebecca launched ethical clothing label Always B U two years ago with support from The Prince’s Trust Enterprise programme.

Always B U raises awareness of domestic violence and donates 5 per cent of each sale to IDAS, a Yorkshire-based charity supporting people affected by domestic abuse.

Now Rebecca has had her work recognised with the Pride of Britain Prince’s Trust Young Achiever of the Year Award.

Rebecca, who is a Prince’s Trust Ambassador, found out about her achievement when Prince Charles surprised her during an interview with Laura Whitmore at Clarence House. 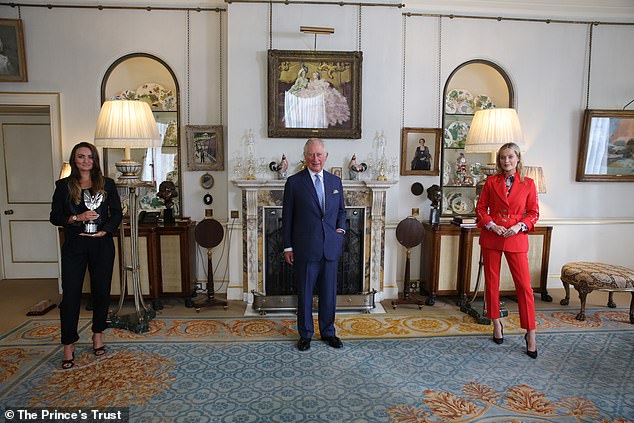 Rebecca was being interviewed by Laura Whitmore (right) when Prince Charles interrupted to deliver the good news. He said the award was ‘much deserved, to say the least’ 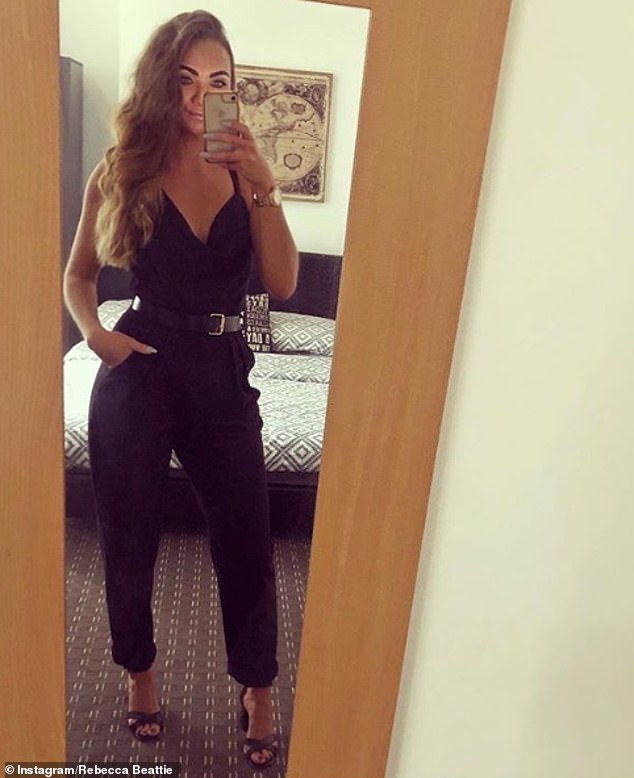 Rebecca Beattie, 32, of York, suffered horrific injuries when her ex-partner attacked her at their home in April 2012 after she tried to leave. Pictured, Rebecca today

Rebecca, who had been told she was to speak to press as part of her Prince’s Trust duties, told the Daily Mirror: ‘I was told they had a lot of interviews to get through, so we sat down and Laura began asking me some questions.

‘All of a sudden I saw the camera crew gesturing. I looked to my left and Prince Charles had entered the room.

‘He sat down and started talking to me and I didn’t say a great deal, I was in shock. He just started talking and I just kept thinking, “I’m sat next to Prince Charles”.’ 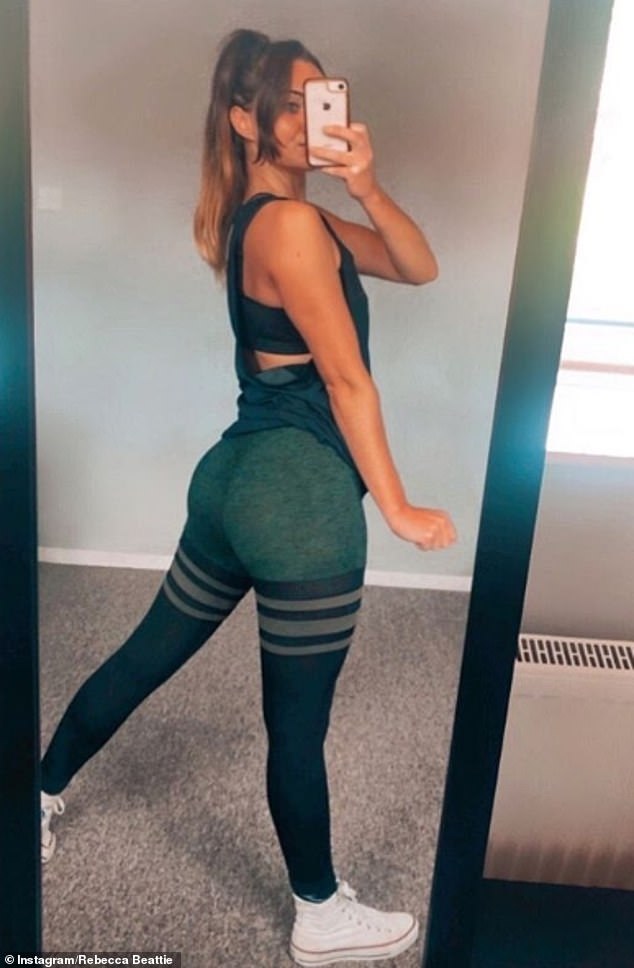 Rebecca, pictured in an Instagram snap, said she wanted to help other victims of abuse

Prince Charles, 71, told an emotional Rebecca: ‘You’ve actually, can you believe this, won the Prince’s Trust Young Achiever of the Year Award from Pride of Britain,’ adding it was ‘much deserved, to say the least’.

The emotional moment will be broadcast as part of the Pride of Britain Awards, which air on Sunday at 9pm on ITV.

Rebecca added: ‘I tell my story at events in the hope it will encourage others to get behind the charity’s amazing work supporting young people like me.’

The Daily Mirror Pride of Britain Awards, in partnership with TSB, will be broadcast on ITV on 1st November at 9pm.

Rebecca was a teenager when she first met her ex-boyfriend and fell pregnant within months.

Her boyfriend grew jealous and controlling before turning violent and Rebecca told how she missed what she can now see were ‘red flags’.

‘I thought he was being overprotective because he loved me but things got progressively worse,’ she told the Daily Mirror. ‘With a dangerous relationship, you’re in this constant state of trying to manage, to not make him mad.’

After five years she made the brave decision to leave her abuser for the sake of herself and her son.

It was then Rebecca was attacked. She was left with splayed nasal bones, fractures and a grossly deviated septum that required surgery.

Her ex-boyfriend was jailed after admitting charges of assault and actual bodily harm.

After the case at York Crown Court, Miss Beattie said: ‘I will never forget what went through my mind that night, it was one of the worst feelings I’ve had, and ever will have.

‘I thought “He’s going to kill me, I’m never going to see my son again” – a feeling no parent should have to experience.’