Arthur Zitrin, a leading bioethicist who sought to discipline doctors who administered lethal injections to condemned prisoners, died on Saturday at his home in Great Neck, N.Y. He was 101.

The cause was chronic lung disease complicated by a stroke, according to his son, Richard, a lawyer and a professor of legal ethics at the University of California Hastings College of the Law.

In 2005, after a state board dismissed his complaint against an individual doctor who had performed an execution, Dr. Zitrin filed a lawsuit demanding that the Georgia Composite State Board of Medical Examiners punish any doctors who help carry out capital punishment.

The Georgia courts dismissed his lawsuit, arguing in 2007 that Dr. Zitrin was not an aggrieved plaintiff. But the issue, which developed only when states sought more humane methods of applying the death penalty, percolated.

Just last year, the American Medical Association filed a brief, reminding the United States Supreme Court: “Physician participation in executions falsely suggests to society that capital punishment can be carried out humanely, with the endorsement of the medical profession. Physicians should not further such a charade.”

As a mainstay of bioethics education at New York University Medical Center for four decades and director of psychiatry at Bellevue Hospital Center, Dr. Zitrin weighed in on a wide range of social and moral issues that changing social standards and technology had thrust into the public arena.

The New York University Center for Bioethics was established in 2007 with a professorship endowed by Dr. Zitrin.

When inmates sentenced to death were hanged or shot by firing squads, for example — forms of execution that were considered to be more cruel — doctors had not been enlisted to participate directly.

In 2006, New York City’s Board of Health withdrew its proposal to let transgender people change their birth certificates without explicit medical proof after some doctors and psychiatrists expressed skepticism about the looser requirement.

“They should not change the sex at birth, which is a factual record,” Dr. Zitrin, a member of an advisory panel convened by the city, said at the time.

In 2014, the City Council put forward a similar proposal to allow alterations to birth certificates on the basis of a person’s identity, rather than anatomy, with the blessing of a health care professional confirming that the change “more accurately reflects the applicant’s sex.” 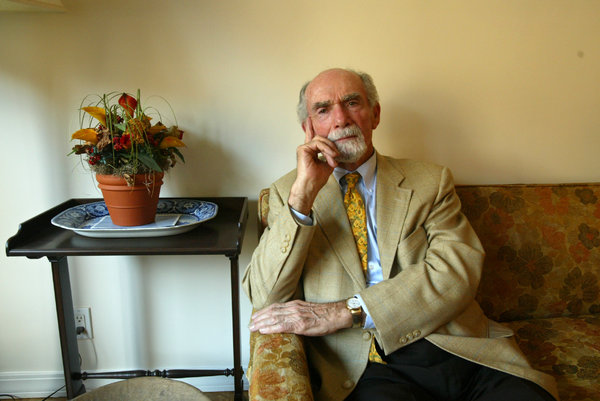 Dr. Zitrin also criticized doctors for not being more forthcoming about a presidential candidate’s health.

During the 1992 Democratic primary campaigns, Paul E. Tsongas, a former United States senator from Massachusetts, sought to demonstrate his return to good health after surviving cancer by displaying advertisements showing him swimming the strenuous butterfly stroke. He and two of his doctors, Dr. Tak Takvorian and Dr. George P. Canellos, said he had been cancer-free since a bone-marrow transplant in 1986.

But in April 1992, Mr. Tsongas’s doctors acknowledged to The New York Times that he had been treated in 1987 for a recurrence of the lymphoma. And, months after he suspended his campaign following losses in several primaries, Mr. Tsongas said he had erred in not disclosing the recurrence.

He died in 1997 of pneumonia, the final complication from his cancer treatment. He was 55.

Public accounts of Mr. Tsongas’s health, Dr. Zitrin said then, demanded an inquiry to determine whether his doctors had committed “ethical improprieties.”

Arthur Zitrin was born in Brooklyn on April 10, 1918, to William, a house painter, and Lillian (Elbaum) Zitrin, a homemaker, both Eastern European immigrants

After graduating from New Utrecht High School, he earned a bachelor of science degree from City College of New York in 1938, and a master’s and doctor of medicine degree from New York University in 1941 and 1945. He served as a captain in the Army Medical Corps after World War II. In 1953 he became a diplomate of the American Board of Psychiatry and Neurology.

He married Dr. Charlotte Marker, who died in 2013. In addition to their son, he is survived by their daughter, Elizabeth, who is the president of the World Coalition Against the Death Penalty; four grandchildren; and two great-grandchildren.

An N.Y.U. School of Medicine faculty member since 1949, Dr. Zitrin became a full professor of psychiatry in 1967. From 1955 to 1968, he was director of psychiatry at Bellevue. (He was also responsible for salvaging the remnants of four Corinthian columns from the Medical College at Cornell University, which was built in 1900. The columns from the building, which was razed in 1968, now rest in a courtyard of the former Bellevue Psychiatric Hospital.)

Dr. Zitrin was director of psychiatry of the New York City Department of Hospitals from 1962 to 1964.

Collaborating with Daniel Klugherz, a childhood friend, he also made documentary films, including several on social issues that focused on women and on pioneering doctors.

In his more than four decades as a bioethicist, he witnessed the emergence of a growing number of ethical issues, as people lived longer, science advanced and social mores changed. One issue people were confronting more was how long to prolong the life of a terminally ill patient.

“Advances in biomedical technologies makes these ethical issues more complex,” he told The New York Times in 1982. “Should we continue to provide treatment that is painful to the patient and yet does not prolong life?”

“For the average family,” Dr. Zitrin said, “there isn’t a philosopher available.”