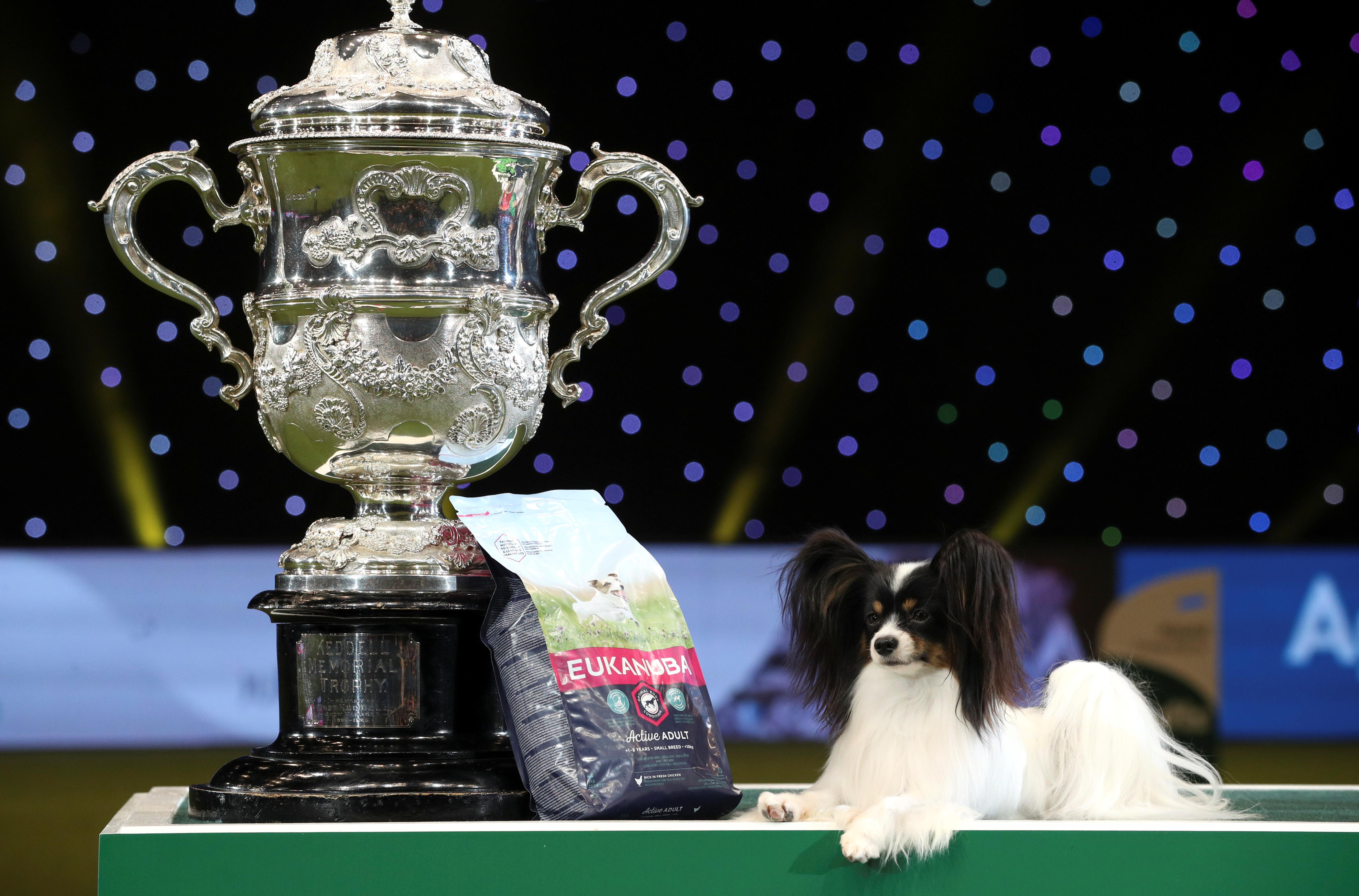 Dylan is a black, white and brown Papillon – a breed named after the butterfly shape formed by their delicate long-haired ears. He won over the judge at the show’s finale to claim the Best in Show title.

The four-day competition saw more than 20,000 dogs from 220 breeds compete at the National Exhibition Centre in central England. The event dates back to 1891 and is one of the largest dog shows in the world, organizers said.

“He’s a crazy butterfly,” owner Kathleen Roosens said shortly after Dylan was awarded the show’s top honor. “When all the dogs go outside, he is the one coming in all muddy, from head to toe.”